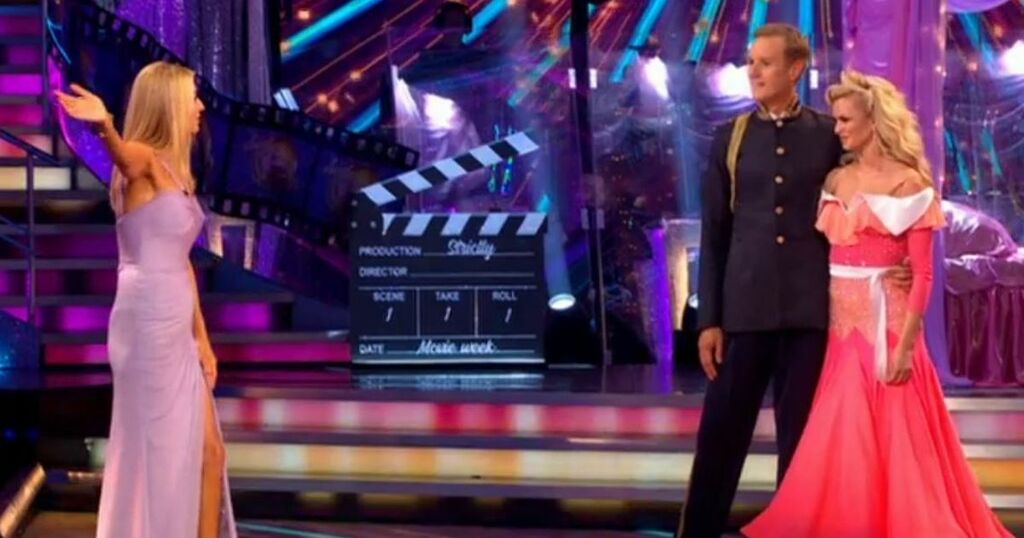 Strictly fans were 'howling' as Tess Daly made a blunder by forgetting head judge Shirley Ballas.

Host Tess forgot to hand over to Shirley for the final remarks after moving along the judging panel to critique Dan Walker and Nadiya Bychkova's performance.

After hearing from Anton Du Beke, Craig Revel Horwood and Motsi Mabuse, Tess wrapped things up and and ushered Dan and Nadiya towards co-host Claudia Winkleman.

"Pick yourself up, dust yourself off and off you go to Claudia," she said, pointing them off the stage.

Following murmurings in the studio it quickly dawned on her that she had overlooked Shirley.

"Hold on a minute, head judge," Dan pointed out.

"Oh excuse me. How could I possibly forget Shirley?" she corrected politely.

And Dan was glad to hear from her after coming in for some harsh comments over his foxtrot.

"People make mistakes all the time. We're only on week three Dan," she told him reassuringly.

Viewers watching at home poked fun on Twitter about the mistake.

"Excited to see Tess trying to make it up to Shirley for the rest of the ep tbh," said one.

"NOT TESS FORGETTING SHIRLEY," gasped another.

"HAHAHHAHAHAHAHHAHA Tess cutting Shirley’s feedback off is hilarious," laughed another.

"Is Shirley going to be in a mood now because Tess forgot her?!" another viewer asked.

Others joked that it might be 'revenge after Shirley 'took a swipe' at host Claudia earlier in the series.

Shirley dished out some strong criticism for The Crown actor Greg Wise after he performed the American Smooth with his professional dance partner Karen Hauer to That's Life by Frank Sinatra in the first live show of the new series.

Shirley praised his charisma but said he was missing 'fundamentals.'

After Greg and Karen made their way up the stairs to receive their marks Claudia commented: "I don't even know what a fundamental is but let's all get some."

And later, when Shirley delivered her comments to the next dancer actress Nina Wadia, viewers were stunned when Shirley then turned to Claudia and said: "Claudia, those are fundamentals."

"Howling at Tess forgetting Shirley, that was absolutely justice for Claudia," said one fan.

"Tess getting her revenge for Shirley’s snide remark last week," said another.