Strictly Come Dancing stars who quit the show after heartbreak, injury and 'joke gone too far' 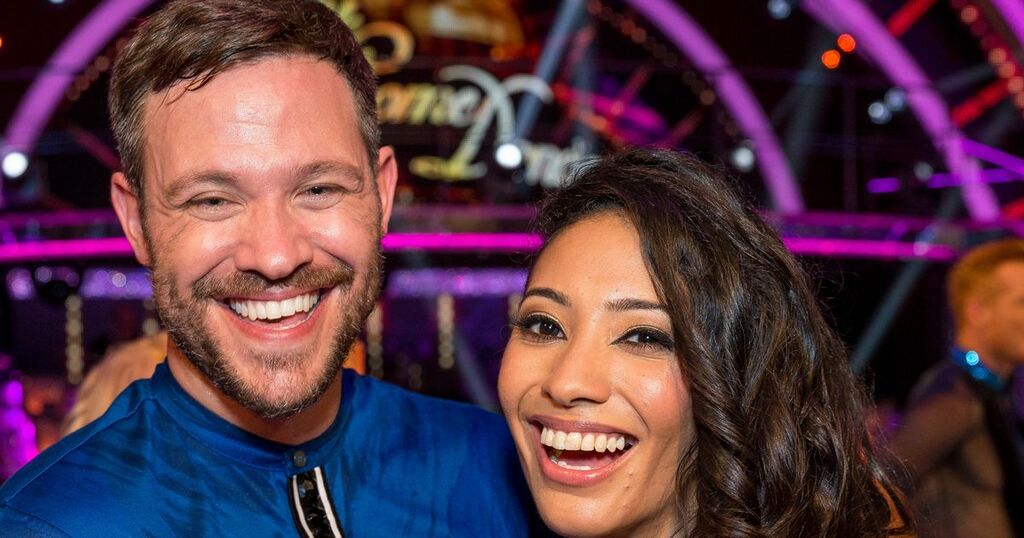 Strictly Come Dancing has been on our screens for 17 years and over that time there have been many shock exits from the Saturday night show.

Family tragedies, nasty injuries and mental health issues are just some of the reasons for the shock departures from hit BBC One show.

Various famous faces have entertained us over the years with their professional partners, from singers, athletes, actors and models but not everyone went the whole way and decided to quit on their own accord, writes The Mirror.

Take a look at just some of the A-listers who have bowed out of Strictly and why...

The Leave Right Now hitmaker was odds-on favourite to scoop the glitterball trophy with dance partner Karen Hauer after impressing the judges with his dancing skills and showmanship during the 2016 series of the show.

However, Will surprised fans when after just three weeks on the show, he dramatically quit.

At the time, Will had faced stinging criticism from head judge Len Goodman, who told the singer to “keep up and shut up” the week before he left.

The two clashed when Will dared to disagree with some of Len's criticism.

After much speculation, the former Pop Idol winner later confirmed his departure was down to struggles with his mental health.

Speaking about his swift exit in 2019, Will admitted quitting Strictly was the “best thing" he ever did, and despite losing out on his £100,000 fee, he felt a huge weight had been lifted after he left.

Actress Kelly Brook was paired with Brendan Cole back in 2007 and the duo looked destined for the glitterball trophy from the start.

After blowing the judges away with her performances, Kelly looked like the only star who could prove competition for professional pop star Alesha Dixon.

However, Kelly's incredible run was hit by tragedy when her beloved father Kenneth, who was terminally ill with lung cancer, passed away at the age of 57.

The former Big Breakfast host bravely said she would carry on dancing in honour of her dad’s memory, but after less than a week of rehearsals, Kelly made the decision to quit the show.

“Kelly has done some training as she had hoped to continue with the show in his memory. However, understandably she has found it too difficult,” a BBC spokesperson said at the time.

Kelly said her life was “turned upside down” following her father’s terminal cancer diagnosis, which also led to the end of her engagement to actor Billy Zane after four years of dating.

“It's very easy for people to be around you when everything is good and you're living a lovely life, then as soon as real life happens, that is the test and that's what broke us up,” she mused on Loose Women back in 2018.

BBC political journalist John Sergeant was an unlikely hit with viewers when he appeared on the show in 2008 - much to the judges' disgust.

Week after week, John and his partner Kristina Rihanoff sailed through on the public vote, forcing more accomplished dancers to book their taxis home first.

After making the headlines for all the wrong reasons, John decided enough was enough and put the decision into his own hands.

He and Kristina bowed out of the competition in week 10 after a lengthy stint at the bottom of the leaderboard.

John said winning would have been "a joke too far”, but hadn't regretted taking part saying dancing on Strictly was "a wonderfully enjoyable thing”.

The Made in Chelsea star didn’t even manage to hit the dancefloor before he was forced to leave the show in 2019, after injuring himself.

Jamie was paired with pro dancer Oti Mabuse, and while rehearsing for the group dance, the reality star landed awkwardly on his right foot and damaged a tendon, meaning he could no longer carry on.

"I'm absolutely devastated that I’m unable to continue in the competition, I was so excited to hit the dance floor,” Jamie said in a statement at the time.

He was replaced by Kelvin Fletcher, who went on to win the glitterball trophy, and Jamie returned to Strictly once again last year, when he was paired with Karen Hauer.

The reality star made it to the final, but lost out to comedian Bill Bailey, who scooped the trophy with Oti.

Comedian Jimmy Tarbuck was one of the first casualties of Strictly, as he was forced to exit the show back in 2006 on doctors' orders.

Jimmy, who was partnered with pro dancer Flavia Cacace, sadly quit the show due to “health reasons”, with the full support of Strictly bosses who wished him well.

“I would like to thank my wonderful partner Flavia who has taught me so much and been patient in trying to turn this old carthorse into a proper dancer! I will really miss training with her,” he said at the time, admitting he was “absolutely devastated” to leave.

Long jumper Jade had to quit Strictly in 2009 after suffering a nasty knee injury in rehearsals, leaving her distraught.

The British athlete was paired with Ian Waite, and the couple made it all the way to week nine, before Jade sadly picked up a painful injury which forced her to pull out of the competition, after she said her knee “popped” during rehearsals.

She later claimed the injury robbed her of a place on Team GB at the London 2012 Olympics, and said she struggled to recover after the knee problem flared up during training.

"Strictly has cost me my place in the ­Olympics," she said. "I thought the show injury had healed and I was ready to compete. Sadly it flared up just before the trials and made it ­impossible to get through them.”

Another athlete suffering a knee injury - this time, it was Paralympic gold medallist Will Bayley, who had to pull out of the competition during week six.

He suffered the injury during rehearsals, and despite trying to battle on, he was told he "absolutely could not dance".

"I'm gutted my Strictly journey has had to come to an end. I've loved being part of the show, and am so grateful for the phenomenal support we have received,” he said at the time, as she thanked dance partner Janette Manrara.

While the gold-medal winning boxer didn’t actually quit, she was axed from the show in dramatic fashion last year, as it emerged she and dance partner Katya Jones had tested positive for Covid-19.

BBC bosses had implemented strict guidelines for last year’s show, which took place during a lockdown, and couples were required to make ‘quarantine bubbles’ in an effort to stop the spread of the virus.

Sadly, Nicola and Katya tested positive, and their history-making run of being the first-ever same-sex couple on Strictly came to an end.

“I had so much more to give and so many people to win this for! But I just want to say a huge thank you to Katya for being the best dance partner anyone could ask for. She pushed me way out of my comfort zone and it’s been an incredible experience,” the boxer said in a statement.