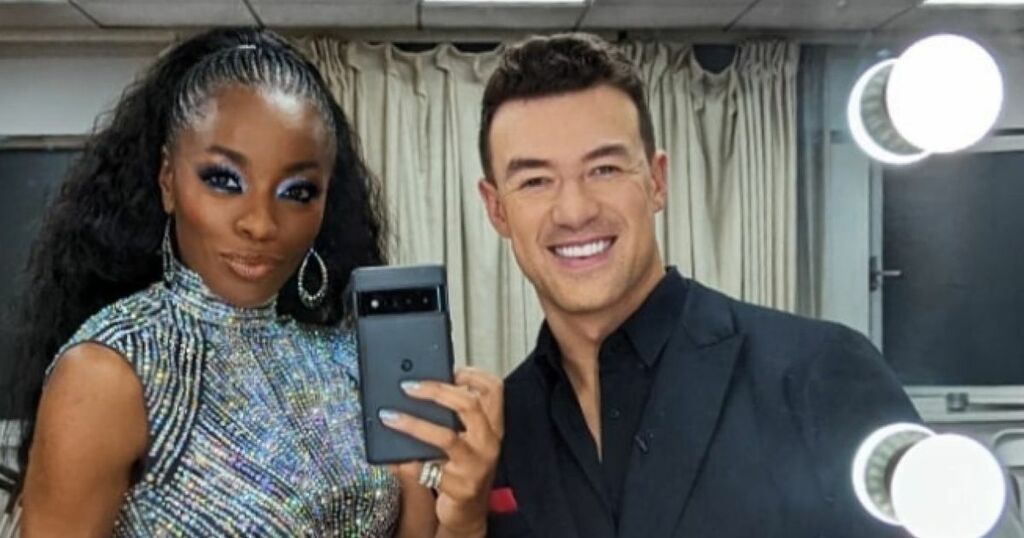 Strictly Come Dancing star Kai Widdrington has sent a message to AJ Odudu after she shared some upsetting news.

The TV presenter issued an upsetting update to fans on Thursday (January 7) following the end of the BBC One dance competition last month.

AJ has had to pull out of the Strictly live tour after having to miss the final of the contest last month due to a devastating foot injury.

Days before they were due to compete for the Glitterball trophy, it was announced AJ and Kai had to withdraw from the competition - leaving John Whaite and Johannes Radebe and Rose Ayling-Ellis and Giovanni Pernice to go on without them.

But all wasn't lost as AJ and Kai looked ahead to the arena tour, which begins this months and stops off at Manchester's AO Arena, where they planned to perform their showdance that they didn't get to perform in the final.

However, AJ is still wearing a moonboot and said essentially she has to 'walk again before I can dance again.'

Therefore, she has had to pull out on medical advice.

After sharing the news on Instagram, professional partner Kai issued his own message as he gets a brand new dance partner.

"I’m really gutted to hear that @ajodudu wont be able to join me on the BBC Strictly Tour around the UK," he began alongside a photo of himself and 2020 Strictly star Maisie Smith who will be taking AJ's place.

"I know we were both really focused and willing to get back on the floor in the Arenas and finish what we started. I know we will get to dance again very soon and I am sending all my love and well wishes to AJ for a quick recovery.

"With that, I am also very lucky to say that I get to continue on the tour with my amazing new tour partner @maisiesmithofficial who as you all now SMASHED last years Strictly.

"I cannot wait to see you all on the road and get to dance in front of a live audience once again. See you all soon."

But AJ was ever the supportive friend and was quick to comment: " I'll make yous a banner: HELLOOOOOO! Smash it guys."

She also shared the post to her own Instagram story and said: "I'm so happy @kaiwidd doesn't have to miss out on the tour because of me and who better to pass the Kai-shaped baton on to, than to the amazing @maisesmithofficial.

"Smash it guys," she added.

Reacting to the news she had been drafted in to perform, former EastEnders star Maisie said: "So excited to be a part of the @bbcstrictly team again on this years arena tour - dancing with the wonderful @kaiwidd.

"I wish @ajodudu a speedy recovery."

Maisie was partnered up with Gorka Marquez when she competed on the show in 2020.

She'll also be reunited with her Strictly co-star Max George who was also announced as part of the original tour line-up.