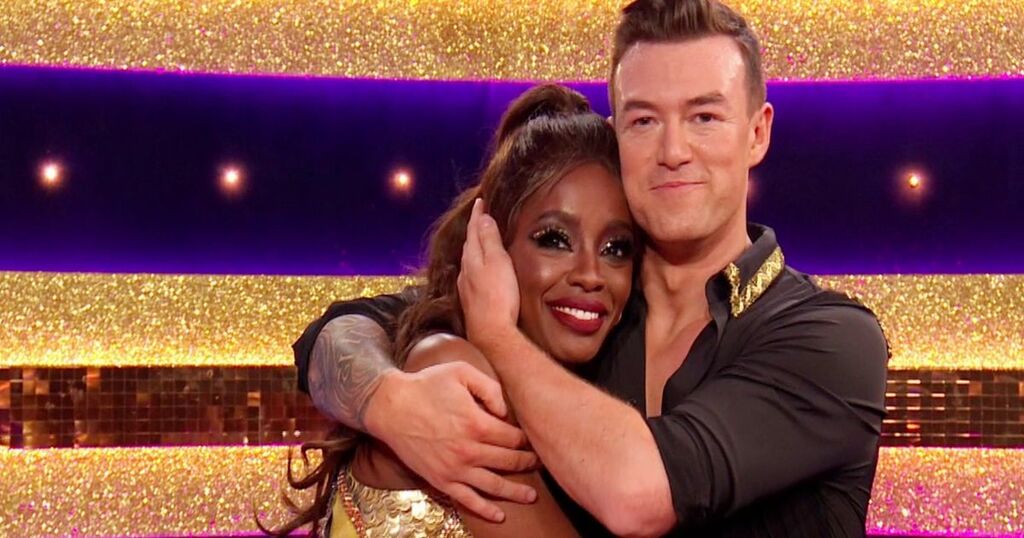 AJ Odudu and Kai Widdrington were one of Strictly Come Dancing's stand-out couples from the 2021 series.

But just as their journey on the BBC dance contest was almost complete, their hopes of lifting the Glitterball trophy were dashed.

AJ suffered a painful injury to her foot that forced her to withdraw from the final alongside professional partner Kai.

The pair had planned to reunite for the Strictly live tour, which is due to kick off later this month, but the TV presenter has been forced to put her health first.

She revealed on Thursday (January 6) that she has had to withdraw from the huge arena tour as she continues to recover from her injury.

This means that Kai will get a new dance partner on the tour.

He'll be paired up with former EastEnders star Maisie Smith who competed on the show with Gorka Marquez in 2020.

After Kai shared his own message on Instagram, AJ was the first to comment and pledge her support to the pair.

The professional dancer said in his post: "I’m really gutted to hear that @ajodudu wont be able to join me on the BBC Strictly Tour around the UK," he began alongside a photo of himself and 2020 Strictly star Maisie Smith who will be taking AJ's place.

"I know we were both really focused and willing to get back on the floor in the Arenas and finish what we started. I know we will get to dance again very soon and I am sending all my love and well wishes to AJ for a quick recovery.

"With that, I am also very lucky to say that I get to continue on the tour with my amazing new tour partner @maisiesmithofficial who as you all now SMASHED last years Strictly.

"I cannot wait to see you all on the road and get to dance in front of a live audience once again. See you all soon."

She also shared the post to her own Instagram story and said: "I'm so happy @kaiwidd doesn't have to miss out on the tour because of me and who better to pass the Kai-shaped baton on to, than to the amazing @maisesmithofficial.

"Smash it guys," she added.

AJ's Strictly 2021 co-stars expressed their sadness at her having to pull out and sent their own well wishes.

Dan Walker said: "Sorry to hear this AJ. I’m sure you’ll come back even stronger. Tell @kaiwidd that I am available for a few of the nights and I reckon I can knock off that show dance no problem."

Rhys Stephenson tried to come up with a solution, commenting: "I’ll push you around in a wheel chair we can make it work!!!"

"Oh I’m absolutely distraught! Was so looking forward to our time together!! But it’s most important to get yourself well!! You can do the tour next year!!" Sara Davies added.

Strictly host Tess Daly shared a string of love hearts before adding: "L ook after your lovely self sweetheart."

And judge Motsi Mabuse said: "Take of yourself first dear. We know you are a stay and I am sure you will be dancing soon."