Gopan has never faced the kind of crisis that he is facing currently in 38 years of running a teashop. The COVID-19 outbreak had dealt a cruel blow, but he managed to recover somewhat when the situation eased. But, the hike in fuel prices and that of commercial cooking gas has made the future uncertain for many like him.

Street vendors, who depend largely on a clientele of lower-income groups, have a limit to which they can increase their prices. Even a meagre single digit hike would lead to a fall in the number of customers.

"Now the price of cooking gas has gone up to ₹2,400 for a 19.5 kg commercial cylinder. The cylinder I use for making tea lasts just a day, while the one for snacks lasts a day-and-a-half. The material stock which I used to purchase for ₹10,000 now costs around ₹15,000. There are two people I employ here, to whom I have to pay the salary earlier agreed upon. I am the sole earning member of a four-member family. At the rate at which fuel and commodity prices are increasing, this could soon become unsustainable," says Gopan, whose stall is in the Fort area in the capital.

Due to the constant increase in prices, not many remember that the commercial LPG cylinder was priced at ₹1,029 in May 2020. Since then, it has steadily gone up with the price increasing by ₹105 in March this year, by ₹250 in April and ₹102.50 this month, to reach the current level of ₹2,400.

C. Thankamany, 64, who runs a wayside vegetable vending business at Vazhayila, says the increasing price of vegetables has led to a fall in customers. The number of vendors in her area has dropped from around 29 before the pandemic to 17 now.

“The vegetables I used to purchase for ₹30-40 a kg just a few months back now cost ₹70-80 now. The transportation cost from Chala market is around ₹400 daily, as people will buy only fresh stock. A box of 24 kg of tomatoes, which used to cost us ₹600, has now gone up to ₹1,700. Of this, I will be able to sell only around 20 kg as invariably some of it will be rotten. But, I can’t tell all this to customers, who won’t purchase if I raise the price even a bit. At home too, it is a struggle due to cooking gas prices. Due to lack of space at home, we can’t use firewood for cooking either,” she says.

Navas, who runs a wayside eatery at Vellayambalam along with his relatives, says they had to increase the price of chicken curry and tea in recent days to make the business sustainable. The prices of palm oil, dalda and other materials that they use regularly for cooking have gone up considerably in the past two years, denting their profit.

Balu, who runs a fruit vending business at Vazhuthacaud, says he has been struggling to repay the loans that he has availed for the business and for the education of his children . Business has fallen to one-fourth of what it was before the pandemic, he says.

According to Michael, leader of a street vendors' union affiliated to the AITUC, quite a few street vendors have given up business, while the ones who are remaining are struggling to survive.

"At all the recent meetings that we have had with street vendors, many of them have spoken about how their businesses have become unsustainable. Many stick to it because they have done this for long and it is too late to start anything fresh. If the fuel and commodity prices don't fall considerably, it will be quite a struggle for them," he says. 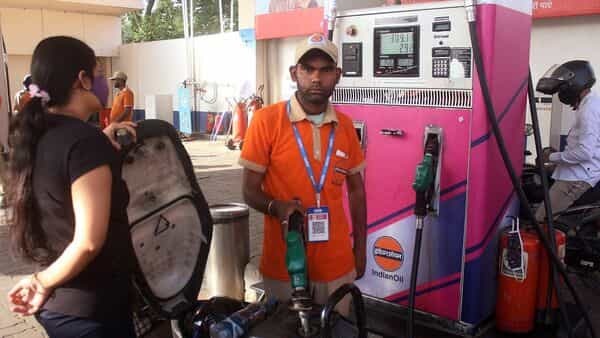 Livemint
One subscription that gives you access to news from hundreds of sites
Bio-mass fuelled clean combustion device, an alternative for LPG