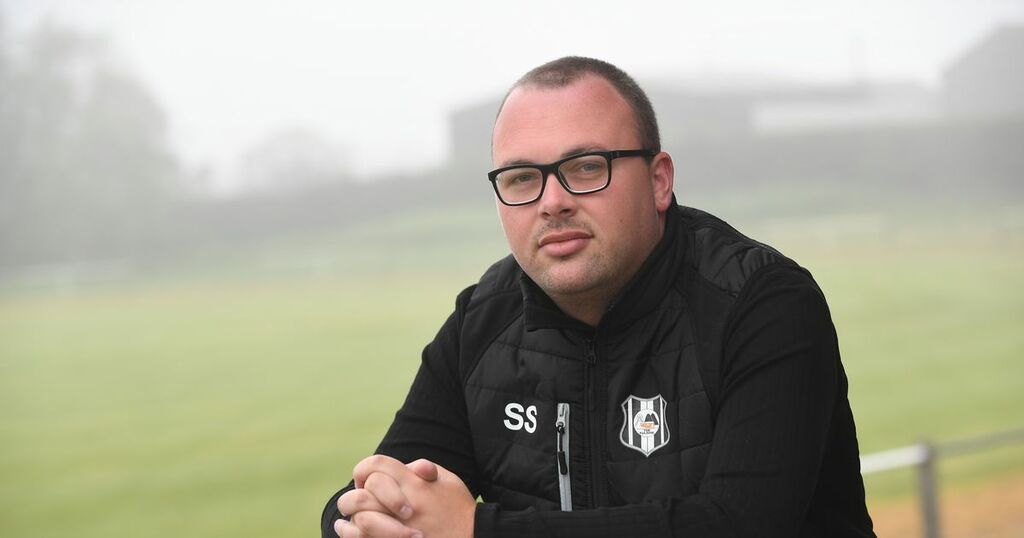 Stoneyburn boss Steven Sharp says the club are determined to continue the legacy of secretary Steven Macmillan as they return to action for the first time since his death.

Macmillan tragically passed away on August 21 aged just 43 having served The Fulshie for over 20 years.

Saturday marks their first game since his passing when they travel to face Bathgate Thistle in an East of Scotland Conference X clash and while Sharp admits a first-ever win in senior football would be a fitting tribute, the sole aim is to produce a performance that would have made the club stalwart proud.

“He was Mr Fulshie. He gave everything to the club and his passing has impacted everyone at Stoneyburn massively. It’s a huge, huge loss for the club. We’re all grieving and we’re in pain because we can see that his family are hurting.

“There’s a close bond between everyone at the football club and Steven was a huge part of that. The energy and passion he had for Stoneyburn was infectious and you couldn’t help but want to do well for him.”

He added: “Our aim quite simply is to go out there and make Steven proud. In the conversations we had shortly before he died he was full of praise for where the club is at and he could see that everyone was giving everything they could to win games of football for Stoneyburn.

“The results weren’t what I would have liked but he wasn’t bothered about that. He could see the effort and determination from all the staff and the players.

“That was always the main thing for Steven, the results were really secondary to knowing that everyone did all they could and represented Stoneyburn in the right way.

“It’s up to us to continue doing that and if we do, I’m sure the results will start to pick up because we weren’t a million miles off it.

“He’ll be there looking down on us and wanting us to roll our sleeves up and get on with it and that’s what we will do.”

The outpouring of support for the club and family has been humbling, says Sharp, with over £6500 raised for the club through a fundraiser started by Steven’s family.

He said: “The support the club has had from the footballing family has been really touching and appreciated.

“It’s been a comfort for us all to know that the support has been there and it just shows how highly regarded a person Steven was.

“We know it’s been a sense of comfort for the family as well and the fact they chose to have a fundraiser for the club in his memory shows what Stoneyburn meant to him.”

You can donate to the fundraiser at www.crowdfunder.co.uk/in-memory-of-steven-macmillan.