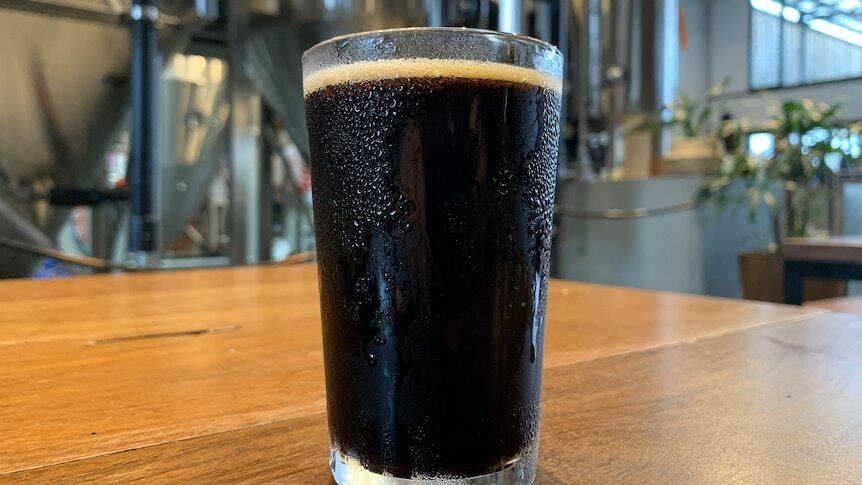 The sale of one the country's largest independent brewers, Stone & Wood, to beer giant Lion — the owner of XXXX, Tooheys, Hahn, James Squire — has shocked the sector.

Beer industry analyst Matt Kirkegaard described the sale of its parent company Fermentum — which also owns Fixation and Two Birds — as a bombshell for the sector, and it had left a bad taste in his mouth.

"We've seen businesses taken over more and more frequently over the last few years, and so the shock value of each sale had been a little bit less," he said.

"But in the case of Stone & Wood, they had so loudly protested that they were going to stay independent and had criticised others for making the same decision.

Mr Kirkegaard, the Australian Brews News editor, said it would now be harder for smaller brewers to grow using that flag of independence.

"Because Stone & Wood's sale says you can't grow, you have to sell if you want to go to the next level, and that's something that they'd overtly said was different about them."

After 15 years, the co-founders of Stone & Wood, and now Fermentum, have mixed feelings about the sale to Lion.

Ross Jurisich said trying to raise funds earlier this year for a new $50 million brewery in Murwillumbah presented a real fork in the road for the business.

"The founding families of Stone & Wood got together, and we discussed what the future holds for each of those families and the ambitions going forward, and the level of activity required to get something like this up and running and see it through is quite intense," he said.

Mr Jurisich said it was an intensive process, but they settled on Lion because of the similar shared values.

But he and the other co-founders Jamie Cook, and Brad Rogers knew the criticism would come.

"People talk about independence and what's involved in that, but it's so much more than just independence. It's about having a social licence to operate in the community that we sell beer in," he said.

"I think we'll be remembered for what we've done with the environment, the communities, and the people that work in our business."

He said Stone & Wood would remain a part of the Australian beer landscape, but it just had a different custodian.

"At the end of the day, sooner or later, as a founder of a business you're going to hand your business on, whether it's to your business partners, your children, or whatever the case may be, but you're not taking it to the grave with you," he said.

"So, if you choose to look for a custodian of your baby, so to speak, you want it to be in safe hands, and we feel that Lion offer the safest hands for it into the future."

The proposed acquisition is subject to approval by the nation's competition regulator, the ACCC, with a public review commencing in due course.

While the sale also shocked the Independent Brewers Association — which represents more than 600 members across the country — its CEO Kylie Lethbridge sees it as an opportunity to help nurture the rest of its members.

" I think what our board is saying, and thinking is that the sale of Stone & Wood only leads to other breweries being able to come up and grow in that space.

Ms Lethbridge said the growth of independent breweries over the last four or five years had been exponential.

"That was because for a lot of reasons Stone & Wood paved the way in explaining what independent was, and the values that are held by breweries that claim to be independent, and that are independent, but that world has changed.

"The fact that Australians are supporting independents like no other time in history, to me, is only a positive message that the others will now be supported that the way Stone & Wood were.

"So, I think it's very hard to crystal ball gaze in terms of saying whether this going to be good or bad for consumers perceptions."

Ms Lethbridge said she did not believe one brewery sale would change the trend towards independent beer.

She said a lot of the breweries, particularly her members, "had done an amazing job in capturing their own markets".

"All you have to do is go into bottle shops, and you see how, whether they be independent bottle shops or the large players, the increase in craft beer and those displaying the independent seal has grown exponentially as well."

The IBA has praised the contribution that Stone & Wood has made to the industry, particularly to its former chair Jamie Cook.

While neither company would disclose the sale price, Lion has committed to building Stone & Wood's $50 million brewery at Murwillumbah, a $5 million donation to the InGrained Foundation, and a $1 million donation to Big Scrub Landcare, a group restoring and caring for the critically endangered rainforest.

"It's just an incredibly generous gift which will now enable us to get on with our very innovative genome project, which we call Science Saving Rainforest.

"Genome analyses on 50 different species of trees is extremely costly, so this will be a wonderful help for us progressing the program."

Dr Parkes said there were about 35 to 40 threatened species in The Big Scrub region in the Northern Rivers, which originally covered 75,000 hectares.

"We'll try and do a recovery plan in cooperation with NSW Government for about 30 of those, so it will be a huge step forward in avoiding the extinction of many of these threatened species," he said.

"I guess the one that most people are familiar with is Coolamon, which is a beautiful tree that has flowers on its limbs."

It's the second $1 million donation Big Scrub Landcare has received, the first an anonymous contribution when the Big Scrub Foundation was established.