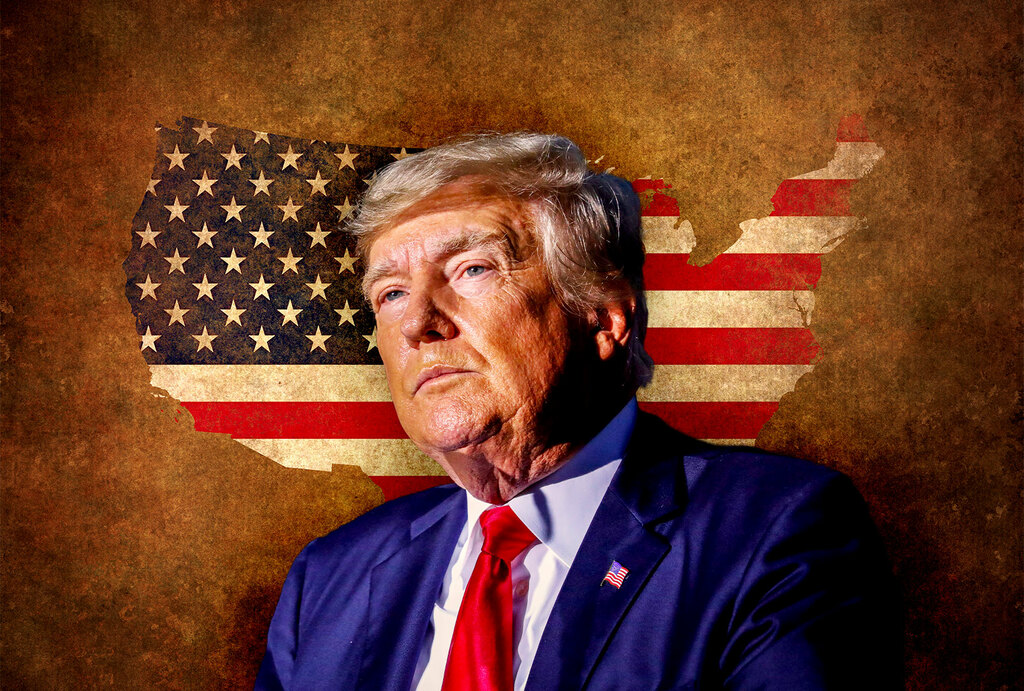 While it appears that Donald Trump is likely to drag out his 2024 decision as long as possible, like the reality-TV host he used to be, close allies and advisers of the twice-impeached former president are increasingly signaling that Trump plans to step back in the ring and run for president a third time — even at risk of losing the popular vote three elections in a row.

Last Thursday, veteran GOP operative and Trump confidant Roger Stone told far-right conspiracy theorist Alex Jones that his "communications" with the former president suggest he will be running in 2024. "Until recently, I was not sure the president was going to run," Stone said. "I have now not only come to the view he must run, I think it's essential for the country. Based on my communications with him, I now believe that he will be a candidate."

"I believe that he has crossed that Rubicon in his mind," Stone added. "I think that's proved that he's headed to Iowa and Georgia — two of the earliest contests — and I'm on board."

Similarly, in a recent interview with Cheddar News, former Trump campaign spokesperson Jason Miller said that Trump is "definitely" running to regain the Oval Office, placing the odds of a 2024 campaign at "somewhere between 99 and 100 percent."

"He has not said the magical words to me, but if you talk to him for a few minutes, it's pretty clear that he's running," Miller added.

Trump himself has said very little about a possible campaign, at least since his false claim that it would be "illegal" to announce whether or not he plans to run. One unnamed source described as close to Trump told Vanity Fair that the ex-president is likely to tease the idea of a 2024 run until the last possible minute. "Knowing Trump, he'll dangle it right up to the New Hampshire primary filing deadline," the source was quoted as saying.

Stone did not return Salon's request for comment regarding his conversations with Trump.

Last week, Trump told Fox News host Greg Gutfeld that his eventual decision on a 2024 campaign will make people "very happy." Given his admittedly self-centered worldview, it's difficult to view that as anything other than a thinly veiled announcement that he's running. "I think you'll be very happy. I would say two, three years ago you might not have been that happy, but now I think you'd be happy," Trump said. "I'll make a decision in the not-so-distant future."

You can watch the Stone segment below, via YouTube: