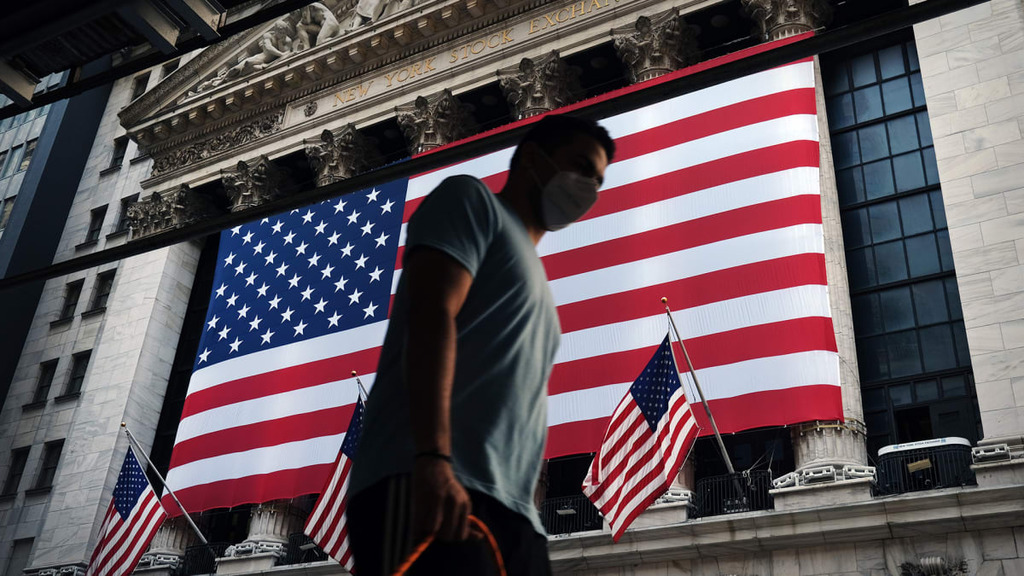 Here are five things you must know for Wednesday, September 8:

U.S. equity futures extended declines Wednesday, while the dollar jumped to a one-week high against its global peers, as investors pulled back from risk markets amid concerns over the pace of Delta-variant infections and their impact on the broader economic recovery.

Markets are also calibrating potential changes to emergency support programs from the European Central Bank, which meets tomorrow in Frankfurt, as well as the Federal Reserve's $120 billion in monthly bond purchases.

European stocks, in fact, are ploughing through their worst single-day decline in three weeks as stocks slide ahead of tomorrow's ECB meeting amid speculation of a tapering in the central bank's pandemic bond purchase program.

On Wall Street, futures contracts tied to the Dow Jones Industrial Average are indicating a 45 point opening bell decline, while those tied to the S&P 500 are priced for a  p4oint pullback. The Nasdaq Composite index, which closed at a fresh record high on Tuesday as investors dumped re-opening stocks in favor of tech, is set to dip 15 points at the start of trading.

Benchmark 10-year Treasury note yields slipped to 1.348% ahead of a $38 billion auction of new notes later this morning, while the dollar index was marked 0.15% higher in overnight trading at 92.649.

Coinbase said the notice, which is essentially a formal intention to sue, is linked to the company's plans to allow users on its platform to earn interest by lending their cryptocurrency assets- a program it calls 'Lend'.

"Despite Coinbase keeping Lend off the market and providing detailed information, the SEC still won’t explain why they see a problem," Coinbase's chief legal officer, Paul Grewal, wrote in a blogpost late Wednesday. "Rather they have now told us that if we launch Lend they intend to sue. Yet again, we asked if the SEC would share their reasoning with us, and yet again they refused."

Coinbase shares were marked 2.25% lower in pre-market trading Wednesday to indicate an opening bell price of $260.80 each.

GameStop  (GME Get GameStop Corp. Class A Report, the money-losing video game retailer that sparked a wave of investment interest earlier this year as Wall Street original 'meme stock' will publish second quarter earnings after the close of trading today.

Grapevine, Texas-based GameStop is expected to post a 66 cents per share loss -- narrowing from last year's loss of $1.4 per share -- on improving revenues of $1.12 billion, according to Street forecasts.

Investors will be looking for details of the group's plans to grow both its online and brick-and-mortar business following the addition of two former Amazon  (AMZN Get Amazon.com, Inc. Report executives -- CEO Matt Furlong and CFO Mike Recupero -- earlier this year while formalizing the appointment of Chewy.com  (CHWY Get Chewy, Inc. Class A Report founder Ryan Cohen as chairman.

The group also has around $1.1 billion in cash from a June stock sale that it said would be used for "general corporate purposes as well as for investing in growth initiatives and maintaining a strong balance sheet."

GameStop shares were marked 0.5% lower in pre-market trading Wednesday to indicate an opening bell price of $198.01 each. That would still leave the stock with a year-to-date gain of around 950%.

Tesla  (TSLA Get Tesla Inc Report recorded its best China sales figures of the year last month, according to the China Passenger Car Association, even as overall sales in the world's biggest car market fell 15%.

Tesla sold 44,264 China-made cars in August, the CPCA said Wednesday, with 31,379 of those destined for export to international markets. China-based sales, CPCA said, totaled 12,885, up 49.5% from the previous month.

China is a hugely important market for Tesla, but its facing deeper scrutiny from Beijing over its data and storage policies and broader brand erosion following the virtual June recall of recall of 285,000 cars -- nearly all of the group's China-based deliveries over the past five years -- linked to an autopilot software glitch.

Tesla shares were marked 0.15% higher in pre-market trading Wednesday to indicate an opening bell price of $754.00 each.

Bitcoin prices extended declines Wednesday, following on from the cryptocurrency's worst day in three months, as markets continue to digest the impact of El Salvador's move to declare it as legal tender.

Bitcoin slumped more than 20% during one stage of yesterday's rout as errors in the digital wallet rolled out by President Nayib Bukele marred the country's historic decision.

Bitcoin was last seen trading at $46,165 each in London dealing, a move that would mark a 12.4% slump from Monday's levels.

El Salvador, a central American national that relies heavily on remittances from the United States to support its annual economic growth, said it now owns 550 bitcoin as of Wednesday.