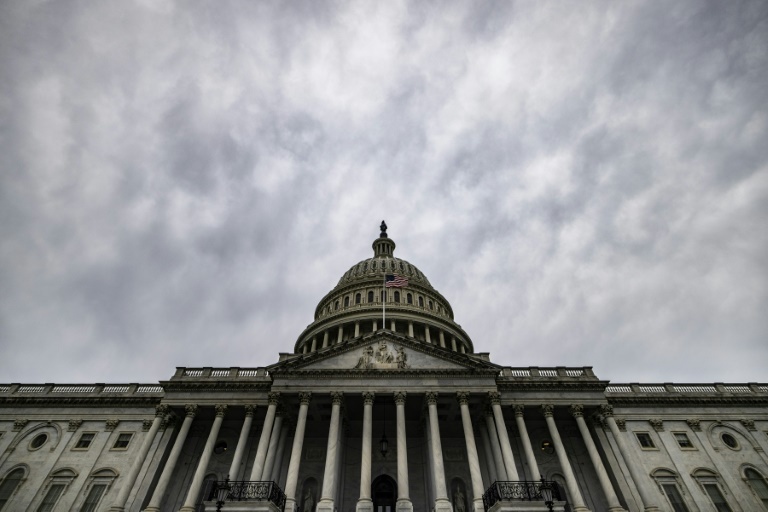 London (AFP) - Stock markets around the world rallied Thursday as the US temporarily resolved a political logjam that had threatened to push the United States into defaulting on its debt.

The dollar was mixed against its main rivals ahead of key US jobs data due Friday.

"The ceiling for the stock market's rebound effort has been raised" said market analyst Patrick O'Hare at Briefing.com.

The deal announced by Chuck Schumer, who leads the Democrats in the US Senate, clears the way for lawmakers to approve a two-month increase in the limit that the government can borrow.

The country had been just days away from the point it was estimated it would be unable to service its current debt, an event that would have shattered the US economy and led to a global recession.

"The market gets a little breathing room for now in the idea that a default situation will be avoided until at least December, yet it remains saddled with an understanding that this is just a kick-the-can down the road approach that could still kick it in the can sometime in December if neither side blinks at that time," added O'Hare.

A decision by US President Joe Biden and Chinese leader Xi Jinping to hold a virtual meeting also provided a much-needed boost to trading floors that have been starved of good news in recent days.

Economies have battled a string of problems in recent weeks, including surging inflation, an expected beginning of reduction in economic stimulus and a growing energy crisis.

The cost of a barrel of oil has roared higher as the global economy reopens from Covid-19 lockdowns, while the approaching northern hemisphere winter has led to the price of natural gas doubling from last month.

Some of the concerns about an imminent supply crunch have been eased by signals from Russia that it will supply more gas and that the United States government could release oil from its strategic reserves.

But the run-up in the energy market has ramped up fears that it will further fuel inflation, forcing central banks to wind in their ultra-loose monetary policies earlier than envisaged to prevent prices from running out of control.

Investors are now looking towards the release Friday of US non-farm payroll data for its impact on the Federal Reserve.

"This month’s US jobs report will likely only have to clear the lowest of hurdles to keep the Fed on track" to begin reducing stimulus as soon as next month, said Matt Weller, global head of research at FOREX.com and City Index.

"Indeed, some analysts are suggesting that as long as US economy creates at least 100,000 net new jobs, the Fed will feel comfortable announcing its tapering plan," he added.

Shanghai - Composite: Closed for a holiday