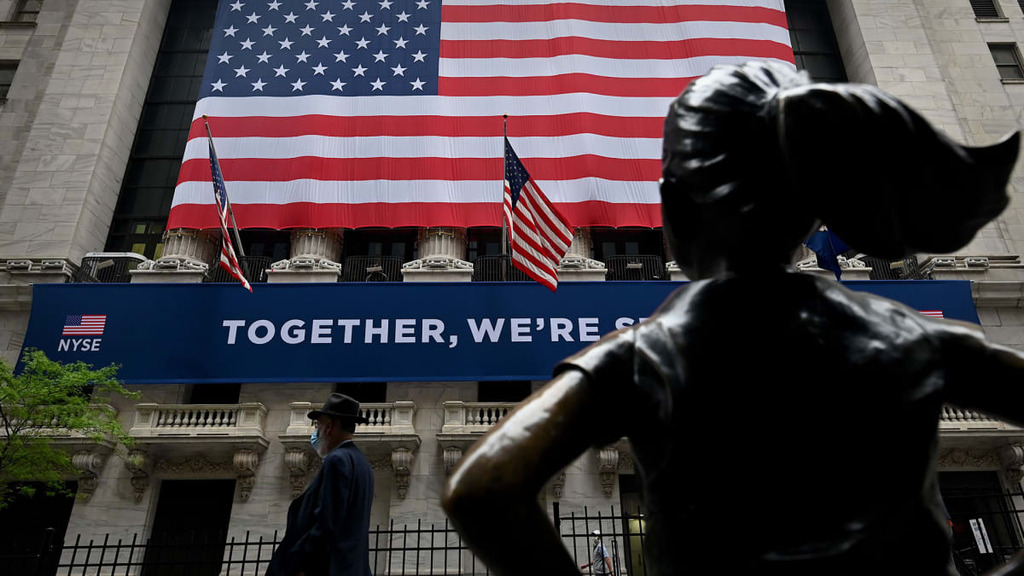 Here are five things you must know for Wednesday, September 15:

A closely-tracked set of data from China, the world's second-largest economy, showed both a slump in retail sales and cooling factory activity last month in what could be an ominous sign for the region as COVID cases accelerate in the southeastern province of Fujian.

In the U.S., the prospect of higher corporate taxes in House Democrats' $3.5 trillion budget bill are adding to investor concerns regarding growth and inflation, although the latter was dispelled by a slower-than-expected reading for August CPI yesterday that could provide the Federal Reserve with a bit more time to consider it next policy move.

Futures contracts tied to the Dow Jones Industrial Average are indicating an 85 point opening bell gain while those linked to the S&P 500 are priced for a 12.5 point boost. Nasdaq Composite futures are set for a 50 point gain as benchmark 10-year note yields hold at 1.284% following yesterday's inflation easing.

Oil prices were moving higher, however, as a weaker U.S. dollar, the impact of Hurricane Nicholas and American Petroleum Institute data showing a 5.3 million decline in domestic crude stocks.

Apple announced the new suite of smartphones, priced between $799 and $1,099, at its annual product event in Cupertino, California Tuesday in a livestreamed event hosted by CEO Tim Cook that also included updates to its iPad and AppleWatch.

The upgrades, which mostly focused on chip speed, camera accessories and screen sizes, were largely underwhelming, but are still likely to induce current users into upgrades given their price points and the inflationary pressures that Android competitors are likely to face amid the global semiconductor shortage.

Apple shares were marked 0.3% higher in pre-market trading Tuesday to indicate an opening bell price of $148.59 each.

Casino and gaming shares collapsed in Hong Kong trading Wednesday after authorities in Beijing took aim at the gambling industry in their latest crackdown on powerhouse sectors in the world's second largest economy.

Macau, a Special Administrative Region of China, is also the world's largest gaming hub, told casino operators they could revise current rules for next year's auction of gambling licenses to possibly include "government supervision" of their day-to-day operations.

Lei Wai Nong, Macau's secretary for economy and finance, launched a 45-day public consultation process Wednesday that may also include new rules on the distribution of profits to shareholders.

Shares in Wynn Macau plunged 34% to a record low of HK$6.40, while China Sands, Galaxy Entertainment and Melco Entertainment all tumbled between 20% and 23%, hiving a collective $14 billion in value from the sector's shares.

Microsoft will pay a 62 cents per share dividend from its fourth quarter earnings, payable to shareholders of record on November 18, and announced plans for a perpetual $60 billion buyback program. The Redmond, Washington-based tech giant also named Brad Smith, its chief legal counsel, to the position of vice chairman, making his the second-highest ranked employee behind chairman and CEO Satya Nadella.

"This reflects the unique leadership role that Brad plays for the company, our board of directors and me, with governments and other external stakeholders around the world," Nadella said.

Microsoft shares were marked 1.3% higher in pre-market trading to indicate an opening bell price of $303.68 each.

California Governor Gavin Newsom looks to have won a decisive victory in the state's special recall election Wednesday, seeing off a challenge from Republican rival Larry Elder in the Democratic stronghold.

Newsom, 53, won a landslide election victory in 2018 but was forced into the recall election after rivals amassed more than 1.7 million signatures on a petition to remove him from office, largely linked to criticism of his handling of the state's COVID crisis.

Preliminary counts suggest he gathered around 66% of the votes in the special recall, compared to 34% who wanted him removed from office. Of the candidates on the ballot that could replace Newsom if he were removed, Elder received 45% of the vote.

"I'm humbled and grateful to the millions and millions of Californians that exercised their fundamental right to vote," said Newsom, who will now remain in office until 2023.