Stocks mixed after US jobs report 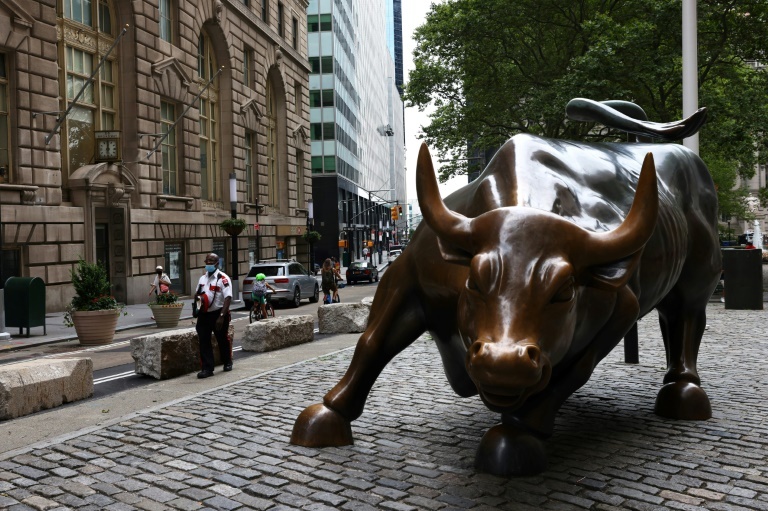 Wall Street opened higher, but quickly fell back into the red after US government data showed that the the world's biggest economy added only 194,000 jobs last month, considerably fewer than the 500,000 Wall Street had been expecting.

In Europe, stock prices in Frankfurt and Paris were in negative territory in mid-afternoon trading, but in London, the FTSE was showing a gain of as much as 0.4 percent.

Markets were likely to remain volatile as investors weighed up the implications of the data, traders said.

"Bad news for the economy could well be seen as good news for markets," said Hinesh Patel, portfolio manager at Quilter Investors.

"The fact that job growth has fallen well behind expectations may be interpreted as meaning the Fed's starting line for tapering could be pushed that little bit further away."

The US Federal Reserve is shortly expected to announce when it plans to begin withdrawing its huge financial support measures put in place at the start of the pandemic.

The US central bank has indicated it will begin tapering by the end of the year, but has not elaborated by noting by how fast it intends to go.

Surging inflation worldwide -- made worse by rocketing energy prices -- is adding pressure on the Fed to act sooner rather than later.

However, the jobs data were "a big miss...and will prove a headache for Jerome Powell and the Federal Reserve," said Simon Lister of the financial comparison website Investing Review.

"The expected tapering in asset purchases has just gone from probable to possible in one print.The chance of a rate rise in November is now negligible," he wrote.

"The shadow cast over the US jobs market by the pandemic is proving longer than many thought."

Despite recent strong advances across financial markets, analysts remain wary about the outlook faced with a range of issues that have dogged investors for months.

"In particular, the supply chain challenges and inflation mean that companies are facing headwinds at both the top and bottom line."

Asian stock markets earlier closed their week out higher after a global rally Thursday as US lawmakers voted to avert a catastrophic debt default.

While the deal means there will only be enough cash to last until December -- leaving open the possibility of another standoff within months -- investors seemed happy to buy up some bargains after a recent run of hefty losses across global equities.