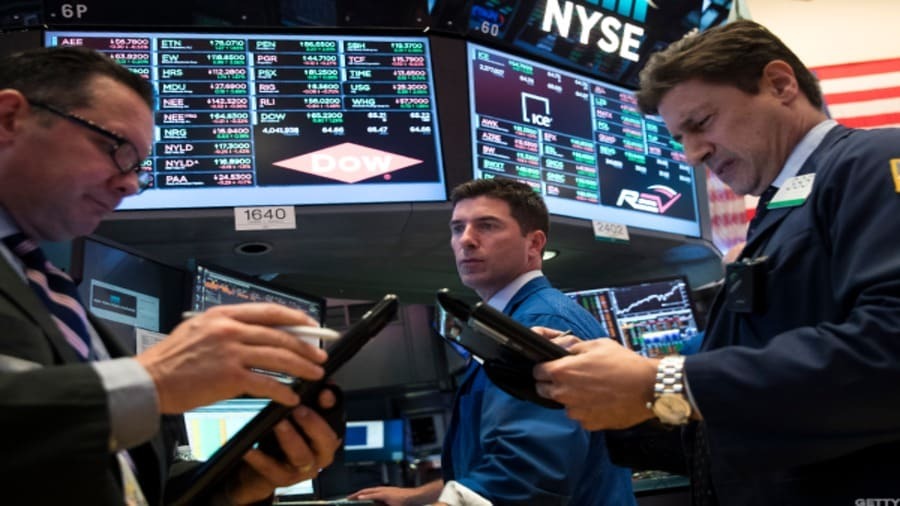 Here are five things you must know for Wednesday, January 12:

U.S. equity futures nudged higher Wednesday, while the dollar slipped lower and oil prices traded at the the highest levels in more than two months, as investors brace for a key reading on December inflation prior to the start of trading.

Federal Reserve Chairman Jerome Powell told lawmakers during hits Senate confirmation hearing on Capitol Hill yesterday that he expects inflationary pressures -- recently dismissed as 'transitory' -- to persist throughout much of the year.

He did not, however, suggest a more hawkish response to the fastest inflation levels since the early 1980s, noting only the he and his colleagues would be "humble but a bit nimble" in executing rate hikes and taking any decision on running-off the Fed's $9 trillion balance sheet.

That tone provided a boost to stocks yesterday, with all three benchmarks closing out the session in positive territory, pushed the dollar index to a six week low against its global peers and helped lift oil prices to their highest levels since the Omicron variant was first identified in November.

Ahead of the December inflation data at 8:30 am Eastern time, stocks futures are trading cautiously higher, with contracts tied to the Dow Jones Industrial Average indicating a 40 point advance and those linked to the S&P 500 priced for a 7 point move to the upside.

Futures tied to the Nasdaq are indicating a 45 point opening bell gain as benchmark 10-year Treasury note yields hold at ease to 1.745% in overnight trading ahead of a $36 billion auction in new notes at 1:00 pm Eastern time.

2. -- Inflation Set For Year-End Surge, But Core Prices May Near Peak

U.S. inflation likely surged to the highest levels in more than forty years last month, according to the consensus forecast for today's December CPI reading, but the gains could mark a peak in consumer price pressures.

Headline inflation is expected to hit 7%, analysts suggest, when the Commerce Department publishes its December CPI estimate at 8:30 am Eastern time, powered by increases in rent, used cars, airfare and hotel costs. So-called core inflation, which strips out the impact of volatile components such as food and energy, is expected to rise to 5.6% -- from 4.9% previous -- but begin to level-off and slowly decline in the coming months as the 'base effects' from last year's Covid-lead spike ease from annual calculations.

The hot headline reading, however, is likely to spur the Fed into action, with traders betting the central bank's late-January meeting will signal the first of this year's three anticipated rate hikes will begin in March.

Global oil prices extended gains Wednesday, lifting prices to the highest levels since November -- and back to pre-Omicron levels -- following a drop in domestic inventories and bets on near-term demand.

The American Petroleum Institute reported late Tuesday that domestic crude stocks fell by 1 million barrels last week. If confirmed by official data from the Energy Department later today, it would mark the seventh consecutive weekly decline and, alongside Fed Chairman Jerome Powell's assessment that the U.S. economy can comfortably handle rate hikes, provide a further boost to commodity bulls in the coming months.

WTI futures contracts for February delivery, which are tightly-linked to domestic gasoline prices, were marked 19 cents higher on the session at $81.41 per barrel.

Brent contracts for March, the global pricing benchmark, added 2 cents to trade at $83.74 per barrel.

The  U.S. Centers for Medicare and Medicaid Services said it will only cover treatment with Aduhelm, Biogen's Alzheimer's treatment, if patients are enrolled in a clinical trial. The decision, which could be changed after the CMS addresses public comments in April, would limit use of the drug that was controversially approved by the Food & Drug Administration in June of last year.

The decision follows Biogen's move to slash the price of Aduhelm by around 50%, to $28,200 per year, in order to help expand its potential reach.

Biogen shares were marked 9.1% lower in pre-market trading to indicate an opening bell price of $219.50 each.

The NLRB said workers in the Bessemer, Alabama warehouse will be sent ballots to join the Retail, Wholesale and Department Store Union (RWDSU) on February 4, with counting expected to begin on March 28.

An August vote saw workers reject unionization by a 2 to 1 margin, but the NLRB said some employees were concerned that the ballot box may have been surveilled during the voting process, and called for a re-vote.

“Our employees have always had the choice of whether or not to join a union, and they overwhelmingly chose not to join the RWDSU last year," Amazon said in a statement. "We look forward to our team in having their voices heard again.”