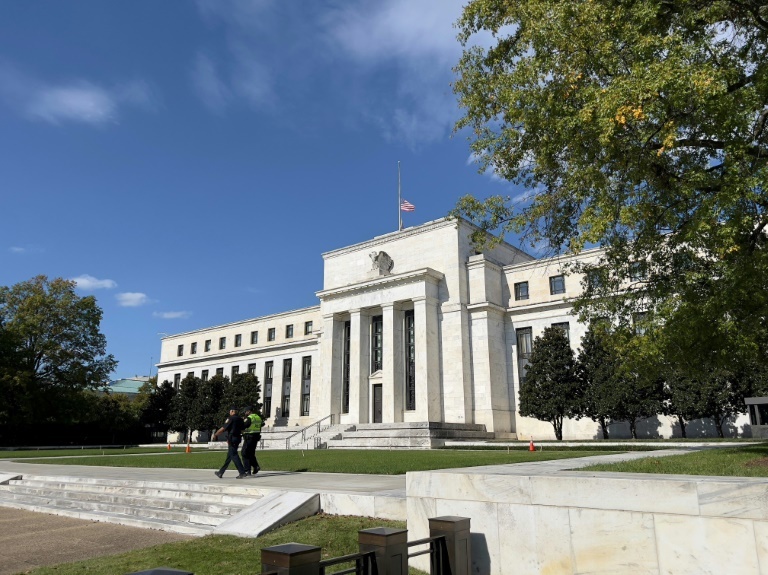 London (AFP) - Stock markets fell on Thursday as investors fret over rising inflation and a resurgence of the coronavirus pandemic.

Frankfurt's benchmark DAX index and the Paris CAC 40 retreated in afternoon trading after reaching new records earlier in the day.London was also down.

Wall Street opened mixed but all three major US markets were down later in the morning.

"I feel like we're in a bit of a wait-and-see mode at the moment," OANDA senior market analyst Craig Erlam told AFP.

After a strong company earnings season, markets are weighing the potential "downside risks" of a slew of issues -- from high energy prices to central bank decisions on interest rates to rising Covid-19 cases in the US and Europe, Erlam said.

"It seems there is apprehension and caution in the markets," he said.

The European single currency held firm after tanking on Wednesday to $1.1264 -- the lowest level since July 2020.

But European Central Bank president Christine Lagarde said this week that the ECB did not expect to raise interest rates next year, in contrast to much sooner tightening expected by the Bank of England and the US Federal Reserve.

While eurozone inflation will hit a record high in November, it is expected to decline over the course of next year, a senior ECB policymaker predicted Wednesday.

"Asia finished mostly lower and Europe is sluggish amid the continued grappling with the supply chain issues and inflation pressures," said analysts at Schwab.

Data out Wednesday showed inflation close to a decade-high in Britain and an 18-year peak in Canada.

That came one week after news that US inflation surged to the highest level since 1990.

The Philadelphia Federal Reserve Bank reported Thursday that its manufacturing index climbed above expectations last month, though prices also increased as the country deals with a wave of inflation.