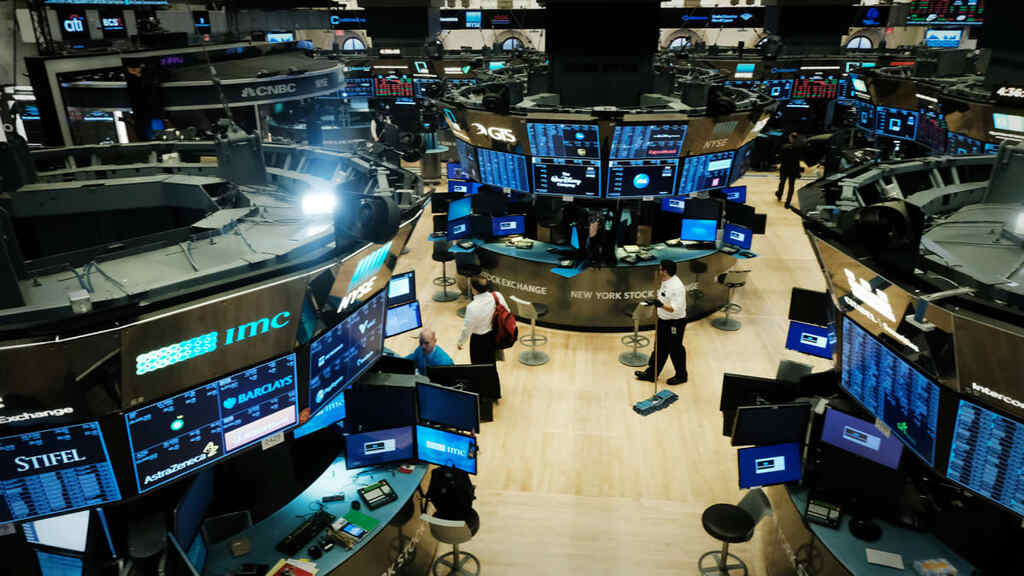 Here are five things you must know for Tuesday, September 7:

U.S. equity futures edged lower Tuesday as investors brace for what is typically the worst month of the year for stocks amid looming uncertainty over the pace of the global recovery and the path of the Federal Reserve's stimulus withdraw.

Last week's softer-than-expected employment report, which showed 235,000 new jobs were created last month, suggests a more muted pace of recovery over the final months of the year as the impact of government stimulus fades and Delta variant coronavirus infections continue to surge.

Goldman Sachs, in fact, trimmed its 2021 GDP growth forecast by 30 basis points, to 5.7%, in the wake of both the August jobs report and a series of data releases that could suggest slower growth in the months ahead.

Global stocks got a modest boost from record China trade data, including a much stronger-than-expected 25.6% year-on-year increase in exports over the month of August, but the impact failed to keep European stocks in the green in the opening hours on trading.

On Wall Street, futures contracts tied to the Dow Jones Industrial Average are now indicating a modest 5 point decline to start the trading day, while those tied to the S&P 500 are little changed from Friday's closing level of 4,535.43 points.

Benchmark 10-year Treasury note yields are holding at around 1.361%, while futures tired to the Nasdaq Composite index are set to dip around 10 points from Friday's close at the start of trading.

Bitcoin prices held firmly over the $50,000 mark Tuesday after El Salvador became the first country in the world to declare the cryptocurrency as legal tender.

El Salvador, a central American national that relies heavily on remittances from the United States to support its annual economic growth, purchased 400 bitcoin on Monday, taking prices to a multi-month high of $52,680 each on the Bitcoin exchange.

President Nayib Bukele says the adoption of bitcoin will save El Salvadorians more than $400 million a year in commissions linked to remittance payments, and plans to build a network of infrastructure that could potentially create 'bitcoin zones' for commerce in various parts of the country.

Deutsche Telekom offered Softbank a 4.5% equity stake, as well as cash, for a 5.3% stake in T-Mobile U.S., lifting its overall holding in its most profitable division to 48.4%.

T-Mobile U.S. shares were marked 0.4% higher in pre-market trading Tuesday to indicate an opening bell price of $136.50 each, a move that would nudge the stock's year-to-date gain to 1.25%.

Ryanair, Boeing's largest European customer, made its frustrations with the world's biggest planemaker public after releasing a statement from its outspoken CEO, Michael O'Leary.

"We are disappointed we couldn’t reach agreement," O'Leary said. "However, Boeing have a more optimistic outlook on aircraft pricing than we do, and we have a disciplined track record of not paying high prices for aircraft."

Boeing shares were marked 0.32% lower in pre-market trading Tuesday to indicate an opening bell price of $217.47 each.

Walt Disney Co.'s  (DIS Get Walt Disney Company Report latest superhero blockbuster, 'Shang-Chi and the Legend of the Ten Rings', hauled in more than $90 million in the U.S. and Canada on its debut long weekend.

The latest release from Marvel Studios, and the first to star an Asian superhero, also earned more than $56 million in overseas markets in what is traditionally a slow weekend for moviegoers, suggesting risks linked to Delta-variant infections may not keep customers away from theatres in the months ahead.

The Marvel release was also the first in two years that was specifically aimed at theatres, and not designed to be available for at-home viewing at the same time.

Walt Disney shares were marked 0.15% lower in pre-market trading Tuesday to indicate an opening bell price of $180.72 each while AMC Entertainment  (AMC Get AMC Entertainment Holdings, Inc. Class A Report shares bumped 0.8% higher to $44.37 each