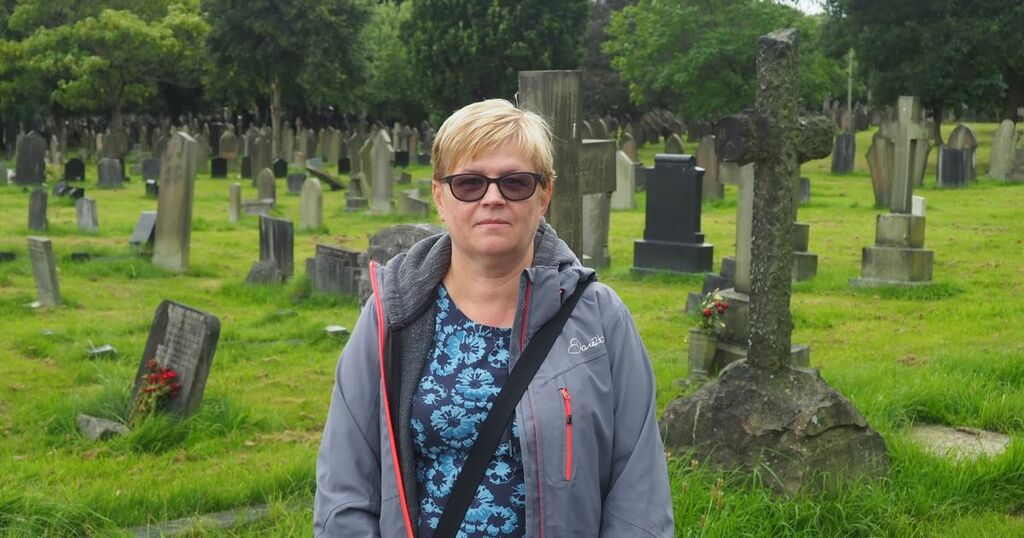 A woman who has worked tirelessly to unearth the stories behind five of Manchester's female war heroes is now celebrating their part Britain’s war effort.

Julie Boylan, from Edgeley, says her quest to retrace the footsteps of the five Stockport women became an ‘obsession’ over this summer,.

She spent hours upon hours searching through archives.

Now, Julie has shared the stories of the fallen in the hope that any surviving relatives will come forward to shed some light on their contributions to the war effort.

READ MORE: Stockport housing market is fastest growing in UK, according to research

“People have a lot of respect for the war dead. We know women did things in the war but very [few know] how they died,” Julie, 56, says.

“I started in May 2021 when it was Commonwealth War Graves Week. It became an obsession.

“I feel so connected to them.”

The graves of the five women: Renee, Dorothy, Sarah, and two Margarets, all lie in Stockport Cemetery.

Julie took the Manchester Evening News on a tour through the grounds - stopping at each one in turn to reveal its history.

“I like it here, it’s so peaceful,” she said, glancing at her phone to examine a map of the cemetery, before adding that she ‘comes here once a month’.

The five graves that will be seen is that of Private Margaret Albinson.

“Margaret was born in Stockport in 1923, the daughter of Harry and Gertrude Albinson,” she said.

“She had been a printer's reader prior to joining the ATS [Auxiliary Territorial Service].

“Margaret died aged 20 of pulmonary tuberculosis on February 26, 1944, on Bowdon Street. Her father was present at her death.”

On her grave, a simple message reads: “So young in life, so good and true, all we have are sweet memories of you.”

The second of the graves is just a stone’s throw away.

This time, it is the final resting place of Renee Hickson, nee Charles.

It was an ‘an off duty road’ collision, Julie adds: “She was hit by a vehicle near RAF Milfield, Northumberland.

“I’ve traced my family back to 1699, there’s 11 generations in Stockport,” she said, as she carefully negotiated in the rows between headstones.

“I am trying to find family graves, my dad is buried up there.

“My great granddad died in the Somme. My great uncle [died] in Malta in a cinema off duty. I have a fascination with them.

“A lot of my family went out to fight. I just want them to be remembered.”

After some confusion over map orientation, the plot for the third woman is found — it’s for Dorothy Holden, who ‘appears to have a difficult life’, Julie explained.

“Her mother, Ellen Scally, lied about her age to her husband Thomas Holden.

“She was 17 when they married, she said she was 19. Thomas didn't trust Ellen, [and] they quarrelled a lot and Ellen had bruises and a black eye.

“In February 1930 at the age of 26 Thomas gassed himself. Dorothy was four years old.”

Of Dorothy’s time in the war, Julie added: “Dorothy was a batwoman at Acaster Malbis, near York.

“She was assigned to a commissioned officer as a personal servant, relieving the officer of the task of maintaining his uniform and personal equipment, driving his vehicle, running errands and other miscellaneous tasks.

“By doing these tasks Dorothy was freeing up the officer to concentrate on his job of fighting the enemy.

“Dorothy died on December 5, 1944, aged 18, in York military hospital, of injuries sustained in a fall from a civilian bus.”

Her tragedy can still be felt in Stockport Cemetery — a place which sprawls out in every direction, but keenly keeps your attention on what is in front of you.

Like her namesake, Margaret Kitchen was part of the ATS, and died of tuberculosis in 1946, at the age of only 22.

Despite not knowing much more about her life, Julie said Margaret was a shorthand typist before joining the war effort.

The final headstone to be found is not a military one — and it’s also the only woman who served in the First World War.

“We don't know exactly when Sarah enlisted, we do know that women were restricted to feminine roles such as catering, administration, or store work,” Julie says.

Prior to enlisting, Sarah worked as a housemaid to the Robinson Family in Thorncliffe House on Buxton Road.

Sarah’s plot is shared with members of her family, including her father, and is the only non-military burial Julie has found.

However, it does raise an important point — that there could well be more servicewomen and servicemen in similar circumstances, meaning it may never be known who contributed what from Stockport.

“That’s five Stockport women and there’s probably more that have not got the recognition,” Julie explains.