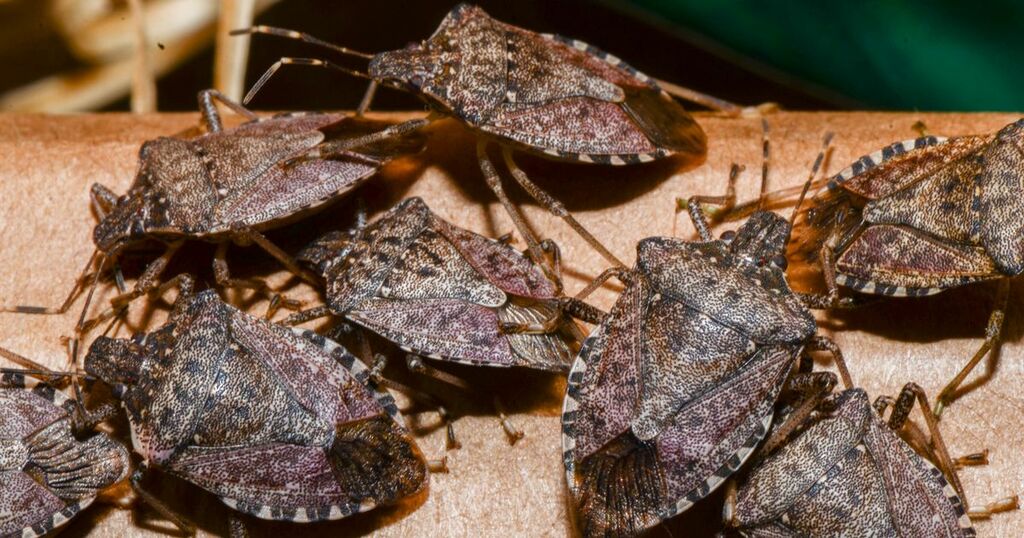 A 'stink bug' that pumps out an evil stench and devastates crops could invade homes in Scotland, experts warn.

The smelly bug, which is native to East Asia and emits a gut-wrenching smell, has recently been spotted on British soil with concerns it will become commonplace.

It has already invaded the US and parts of Europe, and now the pest has found its way to the UK after being found in the Royal Horticultural Society's garden in Surrey.

Scientists have been warning for years over the stink bug, with traps set across Scotland to lure the invading insect.

It has also been spotted in London, Suffolk and Hampshire this year, which has led scientists to believe it is spreading.

The bug, also dubbed the 'fart bug', could become a nuisance for brits as it seeks shelter indoors during the colder months, and if threatened, will release and horrendous odour.

The stink bug not only emits a pungent smell but can also eat its way through strawberries, raspberries, plums and tomatoes.

Homeowners are warned the insects could invade homes during winter, with hundreds of thousands prone to clustering around window frames to form a 'crust'.

Dr Glen Powell, head of plant health at the Royal Horticultural Society, said searches are underway for signs of a colony after the capture of the lone adult bug.

He said: “The RHS urges good vigilance and biosecurity to help minimise the risk from invasive pests.

“But the brown marmorated stink bug is a particular challenge because it is such a good hitchhiker, wriggling deep into shipping containers, wooden pallets, packaging, pot plants and even passenger luggage.

“It is a very robust insect and could be like the Harlequin ladybird, which, after initial outbreaks in hot spots, spread right across the UK.

“The installation of pheromone traps at our gardens enables us to study invasive species from their arrival in the UK through to potential colonisation.

“While there is currently no evidence of breeding, we would expect the stink bug to grow in prevalence and it may become problematic in gardens during summer and homes in the winter months within five to ten years.

“This isn’t a sudden invasion but potentially a gradual population build-up and spread, exacerbated by our warming world.”