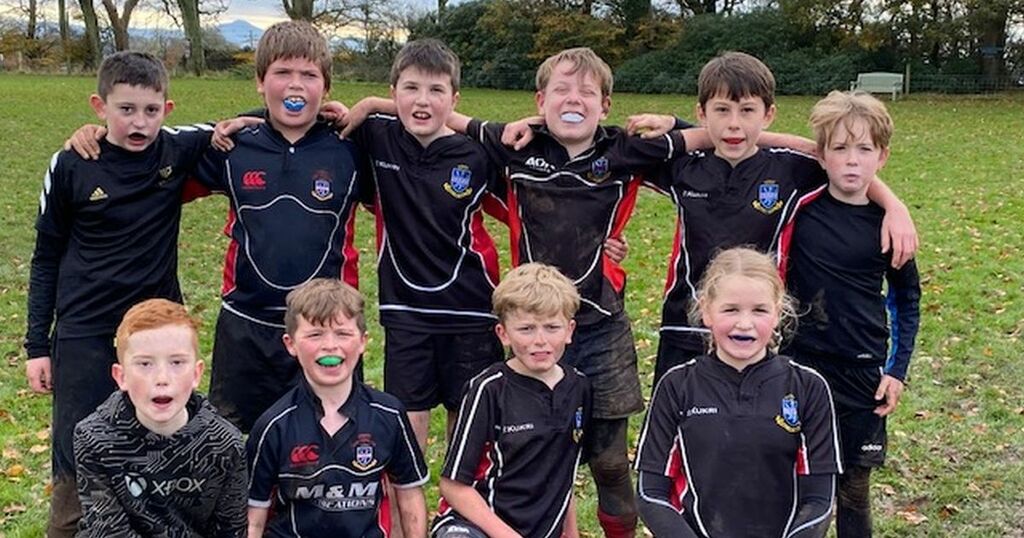 The Stewartry Sharks mini-rugby section has had a fantastic start to the season with more than 80 players involved, ranging from primaries one through to seven.

They started the season with three weeks of open days, giving new players a feel for both the club and the oval ball. This proved hugely successful and they went on to host their fixtures against Annan in mid-September and Wigtownshire later the same month.

This gave players a chance to put what they had learnt at training into action on the field and they did brilliantly, with real talent, team spirit and sportsmanship coming through.

The Sharks travelled to Annan in both October and November, including for a mini-tournament which was tough, but the players stepped up and held their own against strong teams from Annan and Biggar.

Most recently, the Sharks hosted Dumfries Saints at Greenlaw in December with some fantastic rugby on display for the huge crowd that gathered. This support, from both Dumfries and Stewartry, saw cars spilling out of the car parks onto the A713 and gave the young players a day they won’t forget.

The Sharks look forward to a return match in Dumfries this year. Matches against Newton Stewart and Moffat had to be cancelled due to Covid cases but coaches hope to have these rescheduled in the next few weeks.

The club is very grateful to Nikos Greek Restaurant in Castle Douglas. They have offered not only sponsorship but also opened up on their days off and generously donated their time to host Christmas parties for each of the three groups – another mid-season highlight.

New players – boys and girls – are always welcome at Greenlaw. Training takes place from 10.15am to 11.30am on Sundays at Stewartry Rugby Club.

Coaching staff include John Dawson and Iain McMorran for P1 to P3, Ralph Spernagel and Ade Stovell for P4 to P5 and Matthew McCubbin and Frank Decaney for P6 to P7.

Sunday mornings are often a family affair and a warm welcome awaits anyone wishing to come along and join in the fun.