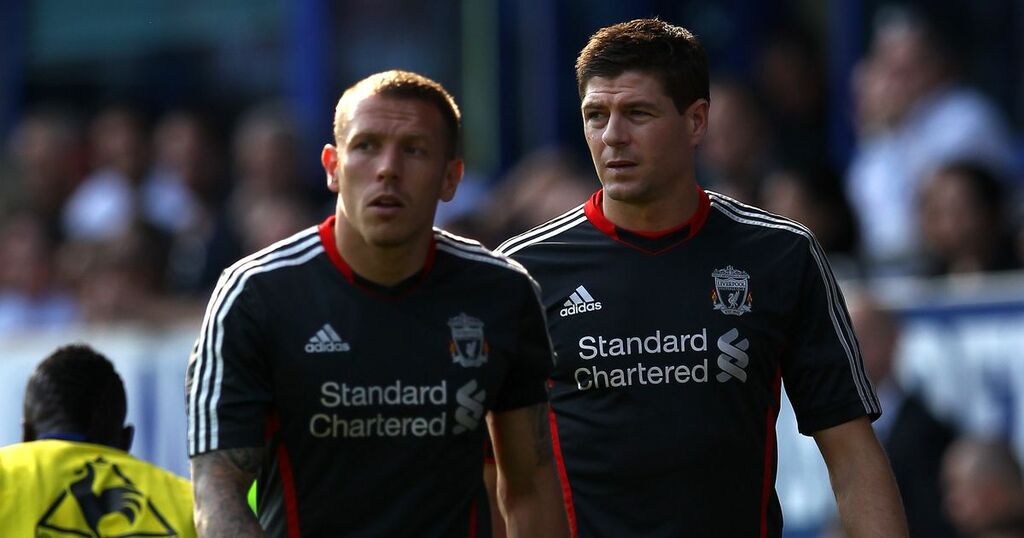 Stewart Downing has told all on an incident at Liverpool that saw Steven Gerrard put Craig Bellamy in his place.

The Welshman had two spells at Anfield - the first marred by controversy - particularly one incident when he assaulted John Arne Riise with a golf club.

That same stint was overshadowed by a court case where he was accused of assaulting two women in a nightclub.

He was there for one year before leaving in 2007 but when Liverpool legend Kenny Dalglish took over in 2011, he helped convince Bellamy to return to the club.

The striker had a better spell than the first this time, scoring nine times across all competitions but it was pace and tenacity that gave defenders hell.

But there was one incident when Bellamy had been left on the bench before coming on, only for it to be too late as Liverpool lost.

During a shoddy run towards the end of the season, that included just four wins in 15 matches that left the Reds eighth.

Bellamy was furious with Dalglish for failing to put him on too early and Downing has recounted how Gerrard tore into the forward.

He told the Undr the Cosh podcast: “You listen to things about Bellers [Bellamy] but my brother-in-law knows him quite well and he said to, ‘Bellers is what he is, he’s harmless, he picks on people and that’.

“Class player, I always got on well with him he was great but I always remember one day… when someone gets a dressing down and melts… he melted. And he’d probably tell you.

“He had a go at Kenny [Dalglish] at full-time after a game. He was on the bench and he came on and he was saying, ‘you should have played me from the start cause I’m quick’ and Kenny was like ‘shut your mouth and sit down’.

“Steven Gerrard - I have probably seen him lose his head like twice since I’ve known him - came over and he has given it to Bellers, ‘shut your f***ing mouth’.

“He gave him a dressing down and he just melted. I’ve never seen a man melt like that.

"You know what Bellers is like, he’s funny but he was stuttering about and I just looked at him like wow.

“Stevie can be intimidating. He’d watch people sort of build up and he had an explosion in him every now and then.

"He had watched Bellers sort of giving young players it over a couple weeks of training, what he does is he stores things and watches and then, boom, gives you a tirade.”