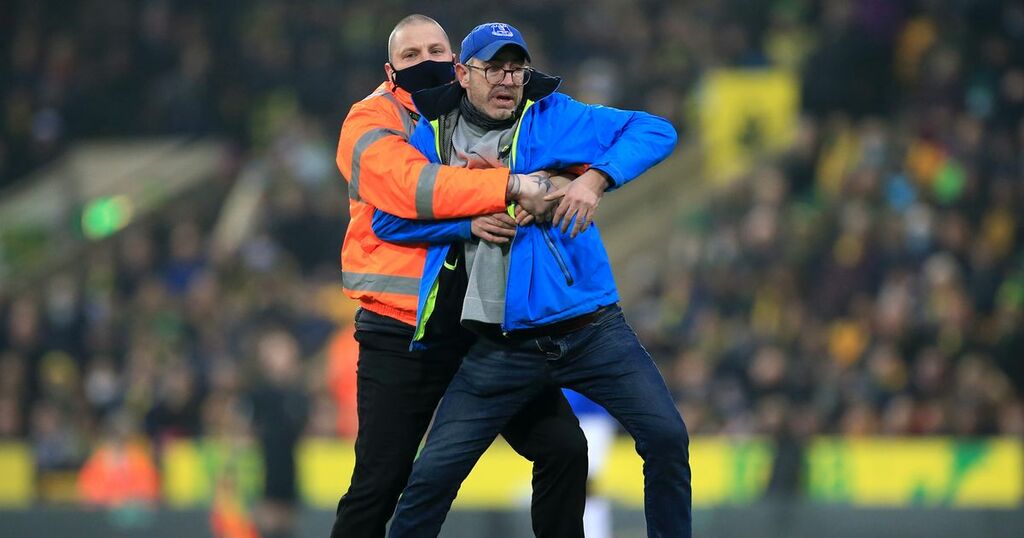 An angry fan looked to be headed towards Everton boss Rafa Benitez after running onto the pitch during their 2-1 loss at Carrow Road.

The supporter entered the field from the away end, it is believed, and looked to be heading towards the Blues' bench, gesticulating as he went.

But the fan did not make it as far as Benitez before Norwich City stewards caught up with him and took him off the pitch.

RATINGS: 'A baptism of fire' Everton trio abysmal and so many others poor in Norwich defeat

Everton had gone 2-0 down to the Premier League's bottom club after conceding two goals in as many minutes.

Some Evertonians held up banners before kick-off, calling for Benitez to be sacked while many in the away end joined with chants of 'getting sacked in the morning' as Everton's form plunged to new depths.

Norwich headed into this game having lost their last six league matches and had not scored in the league since November.

But they were 2-0 ahead after 18 minutes against a sorry Everton side before the visitors pulled a goal back after the break.