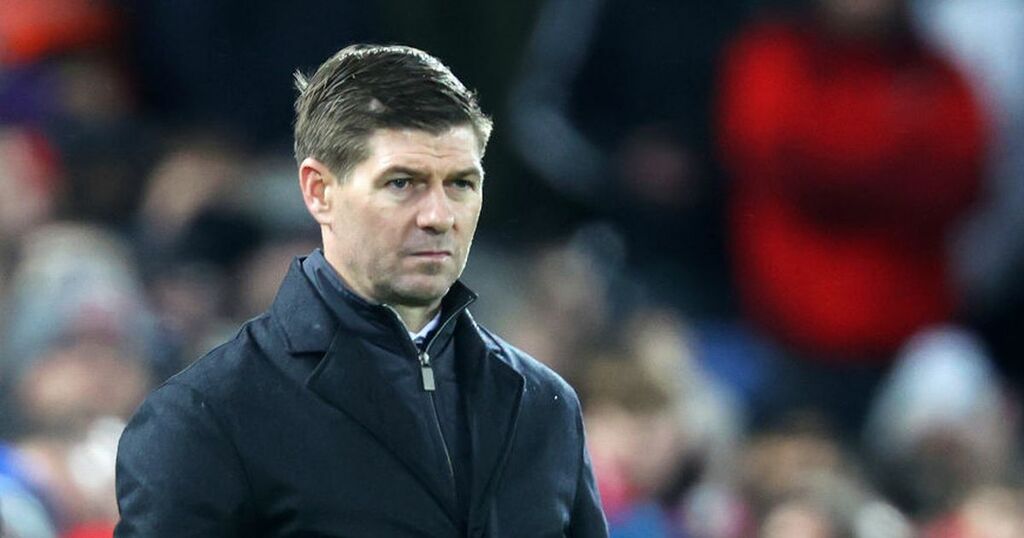 Steven Gerrard is ignoring any talk of an Old Trafford crisis – saying he’s preparing to face the best.

The Aston Villa manager will take his place in the away dugout at the Theatre of Dreams for the first time as a boss, and is expecting the same rough ride he experienced as a player with Liverpool.

He said: “I’m expecting a reaction from them. I watched the game against Wolves. There seemed to be a lot of frustration about the place. I listened to the manager, he was disappointed with the result. The fact is, they have got world-class players. It’s a real tough fixture for us. A massive challenge.

“We won’t approach this like there’s a crisis going on at United. We’ll be preparing for the best possible Manchester United because this is a team that’s going to be littered with high-end players. So, it would be foolish and naive to think we are going to play a weak team that’s having a hard time.

Can Ralf Rangnick turn the situation around at Manchester United? Have your say in the comments....

“I just don’t think it makes any sense for us to prepare like that, no matter what’s happening there.”

Like United boss Ralf Rangnick, Gerrard took over at Villa when the season was well underway. Gerrard has won half of his eight Premier League fixtures so far. Rangnick, by contrast, has lost one of five – but the manner of the defeat against Bruno Lage’s Wolves caused consternation.

“Any manager would prefer to come in during the summer and have a full pre-season to try out things in friendlies, to tweak and change, and add players. In mid-season you have to analyse everything that has happened.

“You have to find the right system and solution. You’ve got to get your identity across in such a short space of time. You also have to get people to buy-in and respond to you. There’s all kinds of different challenges to smack you in the face.

“I’m a lot less experienced than the United manager but you do normally get a ‘new manager bounce’. That happens a lot.

“But after a certain amount of time, it’s on the manager’s shoulders to make sure the team are putting in the performances.”

But Rangnick is not the only one looking for a reaction. Of last week’s 2-1 defeat to Brentford, Gerrard added: “For the first time we came away with some regret because we’d had four previous good wins and even the defeats to the top three gave enough for us to be positive about.

“But if I could point to one game where I’ve learnt more than others it’s Brentford. There were a couple of ingredients missing, in terms of our game management and leadership on the pitch. They are situations for me to address.”