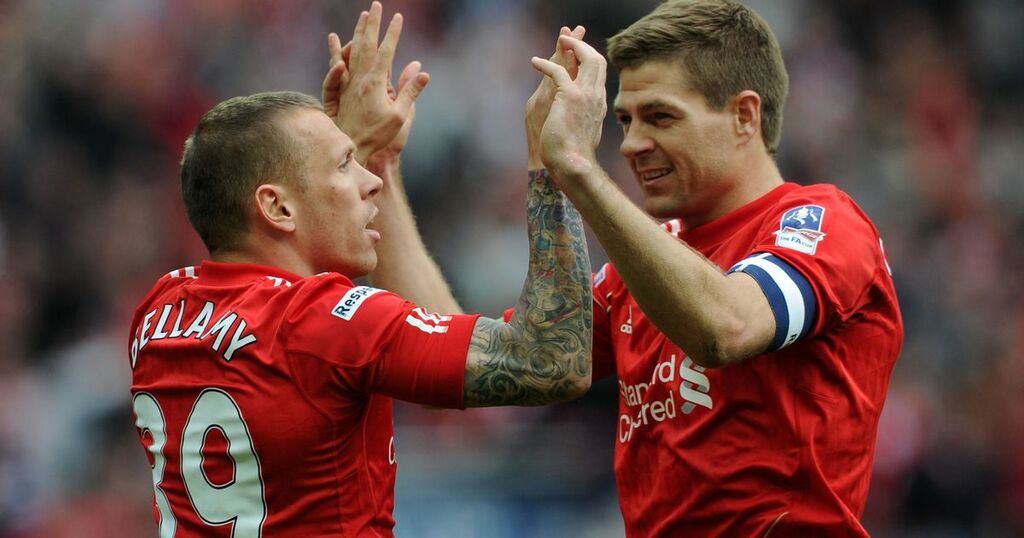 Stewart Downing has revealed how Liverpool icon Steven Gerrard was once forced to give Craig Bellamy a fierce dressing room telling off.

Downing only spent two years on Merseyside before he was shipped off to West Ham, having donned the Liverpool shirt 91 times from 2011-2013.

During those two years, however, he was witness to a particularly heated exchange between skipper Gerrard and teammate Bellamy - two huge voices within that crop of Liverpool stars.

Speaking to the Under the Cosh podcast, Downing touched on his own long career in the top flight before he eventually shed light on Bellamy and his dressing down from Gerrard.

The incident appeared to stem from a dispute with then-manager Kenny Dalglish after a game in which the Scot opted to keep Bellamy on the bench for the majority of the match.

"I’ve obviously listened to the things about Bellers [Bellamy], and you read from the outside, but my brother-in-law knows him quite well," explained Downing.

"He said to me ‘Bellers is what he is, he’s harmless. He thinks he can pick on people he can have a go at’, stuff like that.

"Class player, I got on with Bellers, he was great. I always remember one day, when someone gets a dressing down and they melt, he melted and he’d probably tell you that.

"He had a go at Kenny (Dalglish) at full time in a game. He was on the bench and he came on, and he was saying ‘you should have played me there cause I’m quick’.

"And Kenny said ‘shut your mouth, sit down’.

"Then Steven Gerrard, I’ve probably seen him lose his head twice in his career since I’ve known him. He came in and gave it to Bellers [saying] ‘shut your f*****g mouth’."

Downing went on to reveal how Bellamy, a well-known fiery character, was stunned into silence.

"He dressed him down and he [Bellamy] just melted. I’ve never seen that.

HAVE YOUR SAY! Was Bellamy in the wrong to question Dalglish? Comment below.

"You know what Bellers is like, he’s funny. But he was stuttering about, and I just looked and thought 'wow'."