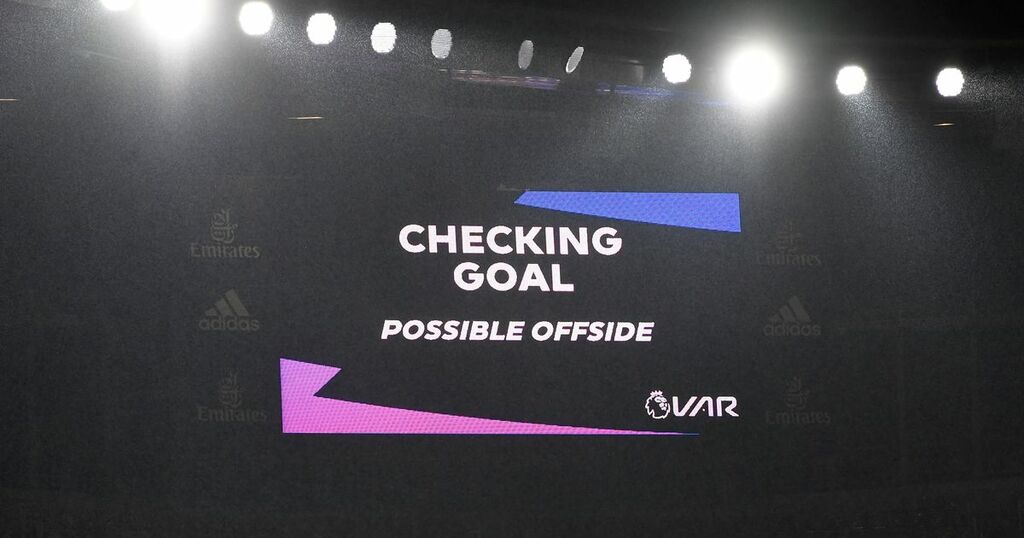 Love it or loathe it, it seems like VAR will be coming to Scottish football in the foreseeable future.

The technology, which has been widely divisive down south and across Europe, is being pushed by the SFA who are prepared to fund it in Scotland's top flight.

They held a meeting this week, led by renowned official Howard Webb who showed representatives from all 12 Premiership clubs how it would work in Scotland.

And there is now "broad support" for video refs, an idea which looks likely to soon go to an SPFL vote.

It's something that has been debated at length in Scotland though until very recently it has usually been a hypothetical discussion.

But last week a surprise SFA release revealed talks were set to begin and now the news top flight clubs are very receptive has livened up an international break.

As it becomes an increasingly real prospect, Record Sport takes a look at what some Premiership clubs have said about it in the past.

One of the first real pushes for VAR within the Scottish game came after the 2019 League Cup Final, which also came midway through the English Premier League's first campaign using the system..

Losing boss Steven Gerrard - who watched his side fall to a Christopher Jullien strike that had more than a hint of offside - who voiced his conflicting emotions towards it.

There were a number of other contentious calls that day as Alfredo Morelos was twice denied penalties.

And Gerrard said: “The big moments have gone against us today, we are all responsible for that.

“But the reality is, at the top end of football, you expect the linesman to get one of them right from the three who were in an offside position.

“I think VAR has taken something away from the game, so I’d be a liar if I said I’m 100 percent in favour of it.

“But one thing I do know is that the officials up here do need some support and help. Because there are too many things, not just for our club but across the board, that they maybe miss and need a bit of support on.”

Across the city at Celtic, it has been mostly quiet on the VAR front.

They have stayed out of the debate in the main, though Ange Postecoglou has been quoted as saying it's "inevitable" that it will come eventually.

With it suddenly on the agenda last weekend, he said after their win over Aberdeen: “I think (VAR) is inevitable. I’ve had experience with it in Japan and Australia in international football.

“Even in European football now it’s there, so I think it’s inevitable that it’ll come in.

"There have obviously been some issues but I think as people get to understand it better and use it better, those issues will become less and less.”

Not much room for interpretation with this one as CEO Andrew McKinlay has made his stance on technology clear.

He reckons Scottish football is at risk of becoming "backwater" without it.

"It's something we should want in our game," he said.

"At the moment there are 55 nations in Uefa and there are approximately 30 of them who have a form of VAR, and I don't want Scotland to become some sort of football backwater and be behind the rest of Uefa.

"I think it's important we embrace modern technology."

And it's a similar story at Motherwell with manager Graham Alexander arguing his side's 2-0 defeat to the Jambos would have been drastically different had the technology been in place.

Hearts got two penalties that day and Alexander feels neither would have stood with VAR.

He said: “For the first penalty, I think there might be a touch but there's only one thing the lad (Boyce) is looking for.

“The second one is definitely not a penalty. I've seen it and if you're giving one for that, it's going to be six in a game. It's just a non-penalty.

“VAR would have sorted those decisions out. Listen, it might have proved me wrong and say it was a penalty but I believe it wasn't.

“VAR is there to help professional football. If it's managed right and it gives officials support they might need – I think it will be a benefit to Scottish football."

Saints boss Callum Davidson was fairly noncommittal when he discussed it following their defeat to Hibs earlier in the season.

He saw Hibs awarded a costly penalty for handball on Jamie McCart and didn't feel it was a penalty.

But he was unsure VAR would have helped.

He said: "I think it’s really hard for the referees sometimes. For me, they’ve just got to be sure it’s a penalty.

“The referees have hard decisions to make – would VAR have helped? Maybe. But you can’t be sure what decision VAR would have made.”

You have to go back to March this year for Jim Goodwin's take but he was supportive of the idea of some video assistance for referees - even if full Premier League standard VAR is outside of Scottish football's reach.

He said: “I think we need to help the referees as best we can because it’s a really difficult job. And it’s getting harder every year because the pace of the game is getting quicker all the time.

“I know they have VAR in the Premier League and people say it costs too much money for us to even consider.

“But I can assure you that the Rangers video analyst will have sent a clip of the penalty incident last night to the Rangers bench within half a minute. Those guys will have seen straight away that it was a penalty.

“Maybe I’m talking nonsense and we need FIFA to allow us to use our own system here in Scotland – but I don’t see why we can’t."