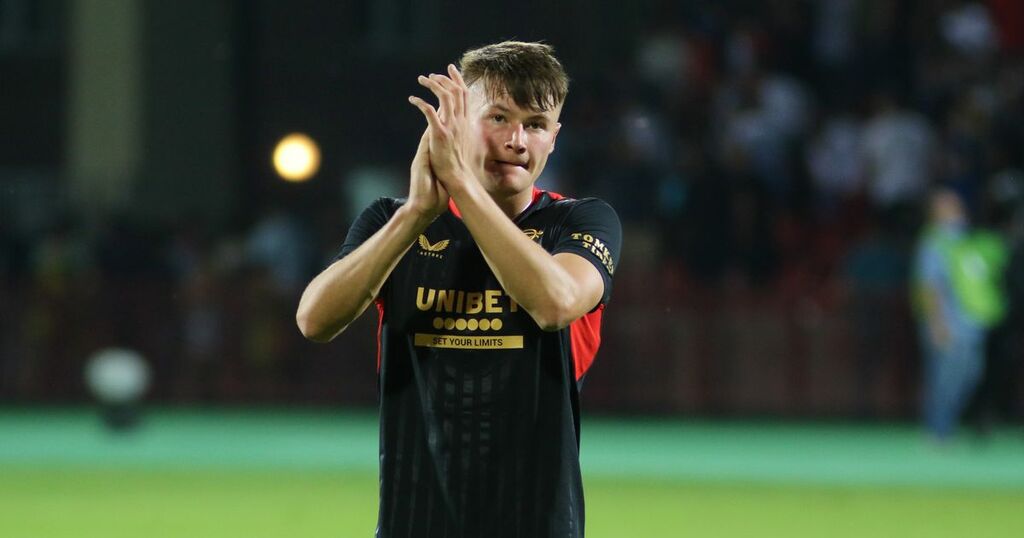 Steven Gerrard insists Nathan Patterson is ready to be Rangers' main right back as he revealed bids from Everton were way below the club's valuation.

The Ibrox side turned down two offers from Everton believed to be worth £5million and £8m during the final days of the transfer window.

Rangers weren't willing to budge though and rejected both before Patterson then shone on international duty with Scotland.

He missed the clash with Celtic due to Covid issues and could be out of Saturday;'s game against St Johnstone with a knock picked up playing for his country.

But Gerrard insists Rangers is the perfect place for him to develop and is confident he will eventually move James Tavernier out of the way and become the starting right back on a weekly basis.

He said: “I appreciate Nathan is a big interest to the media in Scotland. He did fantastically well, I watched the game. Albeit it was against Moldova.

“He’s got forwards like Jermain Defoe, Kemar Roofe and Alfredo Morelos who are challenging him every minute of every training session.

“Nathan will come through and be the No. 1 right back here at Rangers when the time is right.

“He’s ready to compete for the jersey, he’s pushing James in every way shape and form he can and I believe it’s a challenge in every position because I have a loaded squad.

“That’s what will make us even more successful than what we already have been.

“I’ve got no doubts Nathan Patterson is in the right place from a development point of view and also he’s a Rangers fan, he loves the club, he’s happy here and settled. He’s more than ready."

Patterson was the only Rangers player who attracted bids in the summer window, according to Gerrard, but the offers from Everton didn't come close to being enough.

And Gerrard admits that from a selfish point of view he's delighted there's not been extra offers for his players and he's been able to keep hold of Ryan Kent and Alfredo Morelos, who have both been subject to big bids in the past.

He added: “It’ll always be the case at Rangers when you’re in my shoes. You always want to keep the best players that are going to give you the best chance of being successful moving forward.

“That’s a little bit selfish but I also understand the business side of it and how it works.

“I was well prepared for my phone going at any given moment if the right bid landed for a player and the board wanted to accept it.

“There wouldn’t have been resistance as long as it was okay on their side. This club has had some healthy bids in the last two or three windows for our players.

“To be fair to the board they’ve stayed strong because they’ve just fell short of our valuations for those players, i.e Ryan Kent and Alfredo Morelos.

“We had some bids for Nathan Patterson that were way off his valuation in this recent window.

“The reality is the valuations from me, Ross and the board collectively - no one has hit those numbers.

“From a selfish point of view I’m happy with that situation.”