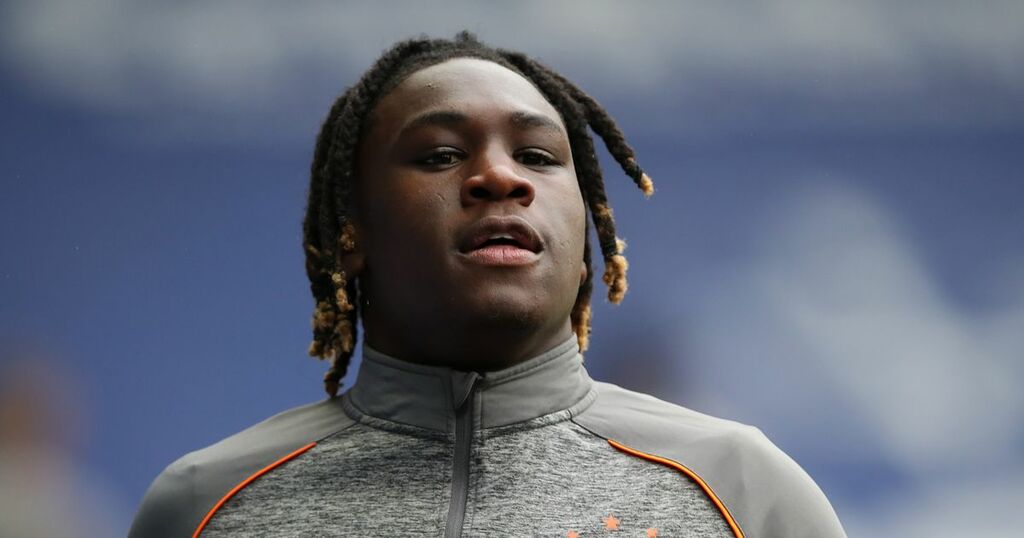 Steven Gerrard could be forced into naming an untested centre-back partnership for Rangers’ Europa League group stage opener against Lyon on Thursday night.

The Rangers boss’ decision revolves around the availability of Connor Goldson.

The supremely reliable defender had played every minute of the Scottish champions last 81 games - a remarkable achievement - but he missed the St Johnstone clash as he was self-isolating.

It’s unclear whether Goldson will return in time to face Lyon and Gerrard appeared uncertain over the timeline of his return after yesterday’s win.

"I'm hoping he's going to be available," Gerrard added. "We'll have to wait and see.

"He'll have to speak to the doctors. I'm not sure on the exact time frame and what we're looking at.

"We're hoping to have Connor available but if not, we'll go with Jack and Leon who are more than capable."

Even if Goldson is unable to train before the Europa League clash, he is a supremely fit and robust footballer and he will start if available.

Gerrard commented that he had ‘good options’ to cover Goldson’s absence at centre-back against St Johnstone but it looks unlikely that Filip Helander will feature on Thursday night.

Helander has been outstanding for Rangers, and Sweden, this season but he sustained a serious-looking knee injury against St Johnstone.

The 28-year-old appeared to jar his knee awkwardly during Michael O’Halloran’s opener in Perth but he played on before being stretchered off the field in the 77th minute.

Gers boss Gerrard was openly concerned about Helander’s injury post-game, adding: “He's with the doctors now getting assessed, he's got ice on it and he's bandaged up.

"It doesn't look good but until we scan it and assess it in 24-48 hours time we're not too sure.

"Fingers crossed he can pull through but we've got other defenders who will have to step up if he's missing for the short, medium or long term."

Hindsight is a wonderful thing in football but it’s not a luxury that is afforded to football managers.

Jack Simpson and Niko Katic are both fit but unavailable. Katic moved to Hajduk Split in the summer to play regular football in his recovery from a serious ACL injury.

The decision to allow Katic to move to Croatia was unquestionably the correct decision as he needs to regain confidence and match fitness after such a long absence.

Even if Katic was at Rangers - he can’t be recalled outside a transfer window - it would have been counterproductive to the player and club to throw him into a game of such magnitude.

The 24-year-old remains a promising talent but it’s imperative to be cautious over his recovery - his only competitive start this season is in the Lowland League for Rangers ‘B’.

Jack Simpson’s predicament is slightly different. The 24-year-old was probably one of the options that Gerrard was referring to post-game against St Johnstone but he is ineligible against Lyon as he wasn’t registered in Rangers’ European squad.

It’s easy to question that decision after recent events but he’s failed to convince since joining Rangers and few raised an eyebrow at his initial omission.

Gerrard decided to name three established centre-backs in his European squad - Helander, Goldson and Balogun - and a motivating factor could have been Calvin Bassey’s ability to play at centre-back.

The 21-year-old has impressed this season and he’s mounted a legitimate challenge to Borna Barisic’s starting left-back slot.

Bassey possesses the physical attributes to excel as a centre-back and he’s played there at youth level for Leicester City.

Speaking on his favoured position after his arrival last summer, Bassey said: "I prefer left-back but I am willing to do a job anywhere if I am honest, wherever the gaffer decides to put me I will just give 100 per cent and be the best I can.

“I don't mind playing centre-back. I hope Niko gets well soon as possible and I wish him all the best.

"It is all up to the gaffer. We are all working hard in training and whatever the team the gaffer decides to put out you have to respect it and get on with it.

"If I do play centre-half I will be happy and give my all."

If Goldson’s isolation period doesn’t finish before Thursday then Bassey will likely deputise at centre-back.

He’s only started there for Rangers once, against Falkirk in a comfortable 4-0 win in the League Cup last season - Bassey netted his first competitive goal in this game.

Coincidentally, Leon King made his Rangers debut in the fixture. The 17-year-old is an outstanding prospect and highly-regarded at the club but despite being a natural at centre-back, it would be a baptism of fire to throw him in against Lyon, and extremely unlikely.

Leicester City under-23 coach Leicester City, Steve Beaglehole, waxed lyrical about Bassey upon his arrival at Rangers and he believes he can play at centre-back.

He proclaimed: “He can play centre-back, ideally in a back three.

“He is versatile and can play left-back like a wing back and is very exciting when he does push on and even by Premier League standards, he is very, very quick; blisteringly quick and strong.

"He has loads of personality, he is a strong character, he is not timid and he is a person who will relish playing for Rangers.”

It’s interesting that Beaglehole emphasises Bassey’s potential as a left centre-back in back three.

This could be another option but it’s highly unlikely that Gerrard will deviate from his preferred, and successful, 4-3-3 formation, given the personnel available.

A centre-back trio of James Tavernier, Balogun and Bassey with Nathan Patterson and Borna Barisic as wing-backs would be a massive shock.

If Goldson isn’t available then a back four of Tavernier, Balogun, Bassey and Barisic is far from a disaster against a talented Lyon side featuring former Celtic star Moussa Dembele.