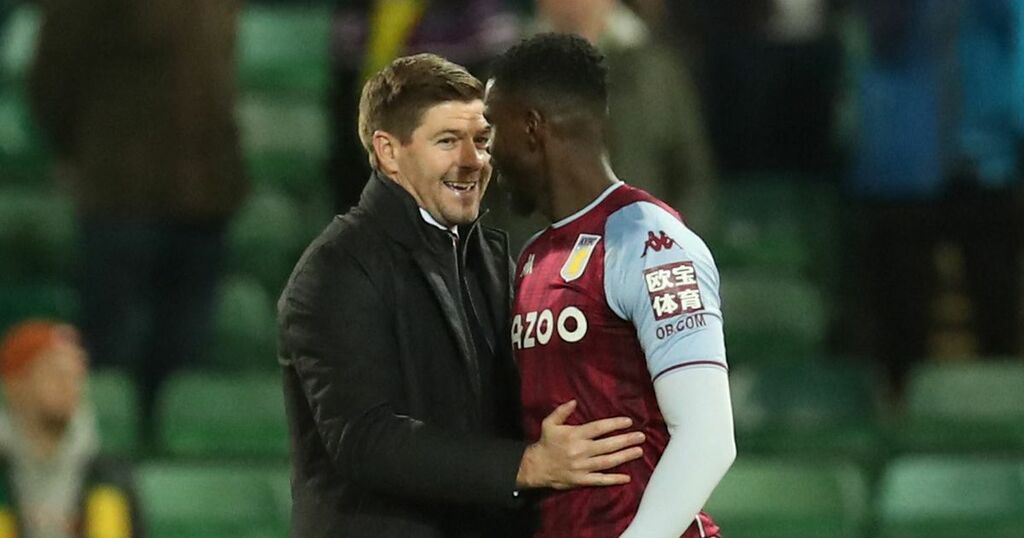 Aston Villa boss Steven Gerrard has been defended over claims from Axel Tuanzebe's camp that his Manchester United connection led to his loan being cut short.

Tuanzebe was shipped out of the Midlands side and has joined Napoli after receiving just eight minutes of game time since Liverpool legend Gerrard's arrival at the club.

Agent Dimitri Tuanzebe, also the player's brother, has claimed that the reason for the lack of minutes under the former Rangers boss as he didn't want to play an Old Trafford loanee.

He said the rivalry between the English Premier League giants "came to life" ahead of his clients move to Serie A.

But talkSPORT pundIt Simon Jordan was quick to fire down the suggestion, noting that Gerrard has said he wanted the centre-back to remain at Villa Park.

Jordan said: "He's one person removed (the agent). You'd like to think that if he has said it, it's because his brother has said it.

"If his brother hasn't said it, what in in God's name is he needing to say it for? Has he interpreted it, or has he taken it a different length a breadth of what the player meant?

"I mean, Gerrard talks about not wanting this player to go, so now you are taking it into a a more subtle insinuation that Gerrard doesn't have the best interest of young players in mind.

"Is the grassy knoll conspiracy involved in that as well? It's a bit of a conspiracy theory isn't it? He should be up there with Novak Djokovic and 5G and whatever else."