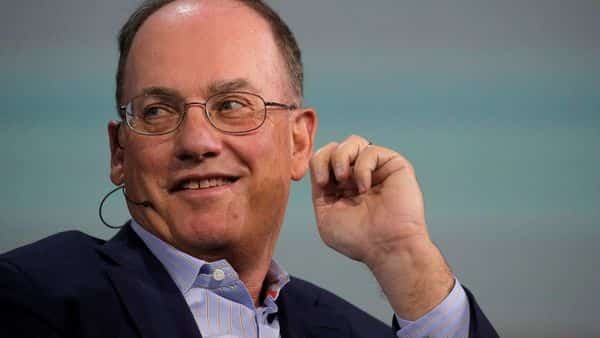 Billionaire Steven A. Cohen is set to invest in a new cryptocurrency trading firm, the latest bet on the digital-asset markets by a prominent Wall Street investor.

The hedge-fund manager and owner of the New York Mets agreed to make an initial investment in Radkl, a quantitative-trading firm specializing in digital assets, according to the firm’s executives and a spokeswoman for Mr. Cohen.

Radkl, pronounced “radical," launched Tuesday after the venture’s plans were first reported by The Wall Street Journal. The company will be run by a team from New York-based GTS, a high-speed trading firm active in stocks and options. The size of Mr. Cohen’s investment in Radkl wasn’t disclosed.

Mr. Cohen is investing in Radkl in his personal capacity, not via his hedge-fund firm, Point72 Asset Management LP, the spokeswoman said. He won’t be involved in Radkl’s day-to-day operations, she added. The move is one of several investments in crypto ventures that Mr. Cohen or his businesses have made in recent months.

“While the cryptocurrency market is now a $2 trillion asset class, we are still in the early stages of institutional adoption," Mr. Cohen said in a press release for the Radkl launch. “As more professional investors enter this space, there’s a need for institutional acumen and a firm like Radkl."

Since last year, several hedge-fund billionaires have publicly embraced crypto, including Paul Tudor Jones and Stanley Druckenmiller. That helped fuel a rally in digital currencies. Bitcoin’s price has more than quadrupled during the past 12 months, to about $46,500 on Tuesday, though it is down by more than 25% from its record high in April.

The rapid growth of crypto has drawn regulatory scrutiny. Securities and Exchange Commission Chairman Gary Gensler has warned that crypto markets are rife with fraud and called for new legislation to fix gaps in the oversight of digital assets.

Mr. Cohen has recently emerged as a fan of cryptocurrencies. In a June interview with online publication Stray Reflections, he said he was “fully converted" to crypto and praised the disruptive potential of its underlying blockchain technology.

In August, Point72’s venture-capital arm invested in Messari, a provider of crypto data and analytics. Mr. Cohen is also joining the board of Recur, a startup focusing on nonfungible tokens, or NFTs, the startup said Monday. The appointment came as Recur unveiled a funding round led by Digital, an investment group backed by Mr. Cohen’s family office. NFTs are a type of digital asset that can be used as a certificate of authenticity for items such as artworks or sports collectibles.

Radkl plans to engage in several types of trading, GTS Chief Executive Ari Rubenstein said in an interview. One will be electronic market-making on crypto exchanges—quoting prices for an asset throughout the day and profiting from the spread between the prices at which it buys and sells. Radkl also plans to conduct bilateral trades of digital assets with other firms, such as crypto hedge funds, Mr. Rubenstein said.

The new firm will be active in decentralized finance, or DeFi, he added. DeFi is a buzzy area of the cryptocurrency markets that seeks to replicate traditional functions of finance such as banking and lending using computer code.

Radkl will be led by Ryan Sheftel, a partner at GTS who was previously the global head of fixed-income electronic trading at Credit Suisse Group AG. Radkl expects to have around two dozen employees by the end of 2021, according to Mr. Rubenstein.

GTS handles about 5% of daily U.S. equities trading volume, according to the firm. It is also a designated market maker, or DMM, on the New York Stock Exchange. DMMs are firms responsible for overseeing orderly trading in NYSE-listed stocks.