BENTON HARBOR, Mich. — A year ago, New Zealand golfer Steven Alker was preparing to turn 50 in two months so he could try to carve out a decent living on the PGA Tour Champions.

His professional résumé left much to be desired.

Now Alker is the hottest golfer on the senior circuit.

Sunday at the par-71, 6,762-yard Jack Nicklaus-designed Harbor Shores by Lake Michigan, Alker overcame a four-stroke deficit at the start by shooting an 8-under 63 in the final round that included nine birdies. His 16-under 268 earned him the 82nd Senior PGA Championship with a three-shot victory over third-round leader Stephen Ames for his third victory in his last four starts.

“It’s been a great ride out here and I’m enjoying myself,” said Alker, who earned $630,000, pushing his bankroll to $1,813,961 with his seventh top-10 finish. “The first couple of weeks were okay. I wouldn’t say I’m comfortable yet, but just comfortable playing with the guys out here.”

Alker’s amazing play this season has certainly impressed his colleagues, especially Ames, who managed a 1-under 70 to finish runner-up at 13-under 271, three strokes ahead of 64-year-old legend Bernhard Langer of Germany, who closed with a 71.

“I’ve watched Steven play on the European Tour and the Korn Ferry Tour,” said Ames, whose round included four birdies and three bogeys. “All of a sudden out here, wow. It’s fantastic, great to see.”

Alker, who birdied three of his first five holes, bogeyed the difficult 443-yard seventh but then ran off four birdies in a row beginning at No. 8. He added birdies at Harbor Shores Nos. 15 and 16 to close the door on the competition.

“I was very, very calm,” he said. “I wanted it but I had a lot of ground to make up. I didn’t want to push too hard and go too aggressive. So I got a nice start, made some nice putts. I just kind of did everything well today.”

Ames, who had a share of the 36-hole lead with housemate Scott McCarron at 8-under and was the solo third-round leader by two strokes over Langer and fellow Canadian Mike Weir, said Harbor Shores played different Sunday because of warmer temperatures in the low 80s and south-southwest winds gusting to 25 miles an hour.

“The lines and clubs were different off the tee, but I think everybody adjusted well,” Ames said. “Obviously some (golfers) played better than others.”

One of them wasn’t Langer, who now has four top-10 finishes at Senior PGAs played at Harbor Shores but not a victory. Seeking his 12th senior major title, Langer bogeyed three straight holes starting at No. 12—doubling his bogey total of the first three rounds—for a closing 71 and a 10-under 274 for solo third. Four golfers tied for fourth at 9 under: Spain’s Miguel Angel Jimenez (69), South Korea’s K.J. Choi (65), Weir (72) and California’s Paul Goydos (71).

Langer, who made four birdies on his front nine, had to play out of two divots at the 548-yard 10th before managing to save his par 5. “That really stopped the momentum,” said Langer, who then bogeyed Nos. 13 through 15. “It was obviously a missed opportunity. I was 14 under leading by one with eight holes to go and just didn’t close it.”

Ames birdied Nos. 2 and 3 to build a three-shot lead at 14-under. But Ames gave a stroke back with a bogey at the difficult 443-yard seventh hole overlooking Lake Michigan and Alker, Langer and others began to close in.

Langer caught Ames at 13 under with his third birdie of the day at No. 8 and then added another birdie at par-5 ninth to turn at 14 under.

Alker, meanwhile, started the day with four straight 3s, two of them birdies, and then after bogeying the seventh, strung together four birdies beginning at the short 376-yard eighth hole to reach 14 under through 11. When Ames birdied the 133-yard 11th, the three foreigners were in a three-way tie and had effectively separated themselves from the rest of the field.

The three-way tie didn’t last long as Langer made bogey from the fairway at the 12th, and then he hooked his tee shot at the 193-yard 13th into the rough on way to a second straight bogey to fall two back at 12-under.

Up ahead, Alker made birdie at the 508-yard, par-5 15th by the Paw Paw River after Ames and Langer bogeyed the 14th hole, and Alker suddenly found himself in control of the tournament at 15-under. His final birdie at 16 and two up-and-down pars at 17 and 18 secured it.

Alker leads the tour with three wins. He has three wins a tie for second and a tie for third in his last five starts. 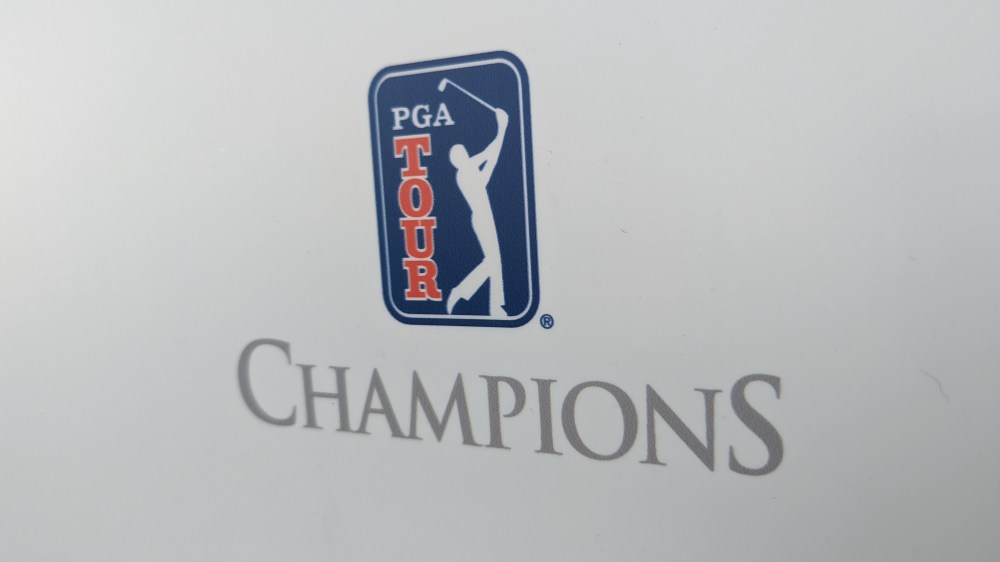 AAP
Was soldier torture training a trigger?
Soldiers who agreed to strip naked as part of specialist capture, torture and interrogation training course are among those who died by suicide.

WEKU
Twitter will no longer enforce its COVID misinformation policy
Public health experts and social media researchers are concerned that the change could have serious consequences if it discourages vaccination and other efforts to combat the still-spreading virus.

ABC News
Heavy rains in Queensland bring relief to some drought-hit farmers, others count cost after flash floods
Following a wet few days in parts of the state, SES crews have been kept busy, with some infrastructure also destroyed. But the wet weather isn't going anywhere for a few days.
Related Stories

Senior PGA: Can Stephen Ames hold off Bernhard Langer and Mike Weir?
The 58-year-old Canadian would prefer to be the hunter instead of the hunted in Sunday’s final round at Harbor Shores.

USA Today Sports Media Group
From analysis to the latest developments in health, read the most diverse news in one place.
Two players sharing a house at the Senior PGA Championship are also sharing the 36-hole lead

Housemates for this week’s 82nd Senior PGA Championship at Harbor Shores have something in common – a share of the 36-hole lead at 8-under.

AAP
Was soldier torture training a trigger?
Soldiers who agreed to strip naked as part of specialist capture, torture and interrogation training course are among those who died by suicide.

WEKU
Twitter will no longer enforce its COVID misinformation policy
Public health experts and social media researchers are concerned that the change could have serious consequences if it discourages vaccination and other efforts to combat the still-spreading virus.

'A three-storey, luminous birdcage with suspended hanging gardens and an extensive crypt below': Sydney Modern is open at last

What is epigenetic ageing, and can we control it — or even reverse it — with diet and exercise?

After this year’s Oscars controversy, film academy will present all 23 categories live

Why ‘career cushioning’ is taking over from ‘quiet quitting’