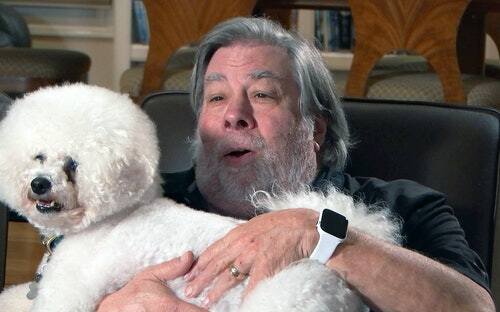 Steve Wozniak, the multimillionaire co-founder of Apple, has announced a space travel agency of his own called Privateer. Teased in a tweet last night published at 10:00 p.m. ET on the dot (preschedule much, Woz?), the computer engineering revolutionary promised everyone “A Private [sic] space company is starting up, unlike the others” along with a vague, uplifting one-minute ad comprised mostly of stock footage and the new company’s logo.

“The sky is no longer the limit,” appears to be the initial tagline for Privateer Space’s rollout, as evidenced by the brief announcement commercial and the company’s official website, which as of right now consists of an extremely low-res, Creative Commons image of the Moon, as well as a contact page with a broken contact form. With a debut like this, we can’t wait to see what cosmic adventures Woz has up his sleeves for everyone when he details a more in-depth look at the spacefaring company later this week at the AMOS tech conference in Maui, Hawaii.

A little late to the game —

Privateer Space will be joining an already extremely crowded field of private space company vanity projects overseen by super-wealthy white men. Later this week, Elon Musk’s SpaceX is due to launch the first “all-civilian” orbital flight, while earlier this summer Billionaire Boyz Club founding members Sir Richard Branson and Jeff Bezos launched themselves very high up into the sky (if not quite into actual “space”) aboard their respective Virgin Galactic and Blue Origin shuttles. At the same time, Bezos and Blue Origin are also holding up NASA’s own return to the moon with a temper tantrum of a lawsuit.

So just how will Wozniak’s Privateer Space project differ from all the others out there? That’s a very good question, one that we don’t currently have answers to, but which we suspect will likely turn out to be very much like what’s already out there, despite bold claims to the contrary. It’s hard to see how Privateer could possibly compete with the money that’s already behind SpaceX and Blue Origin, unless it truly delivers on its ad’s promise of a space travel company for the common people... which, given the costs of space travel, seems improbable.

It’s more likely Privateer will become yet another bandwagon attempt at capitalizing on the burgeoning vacation spot that is the upper atmosphere of Earth.