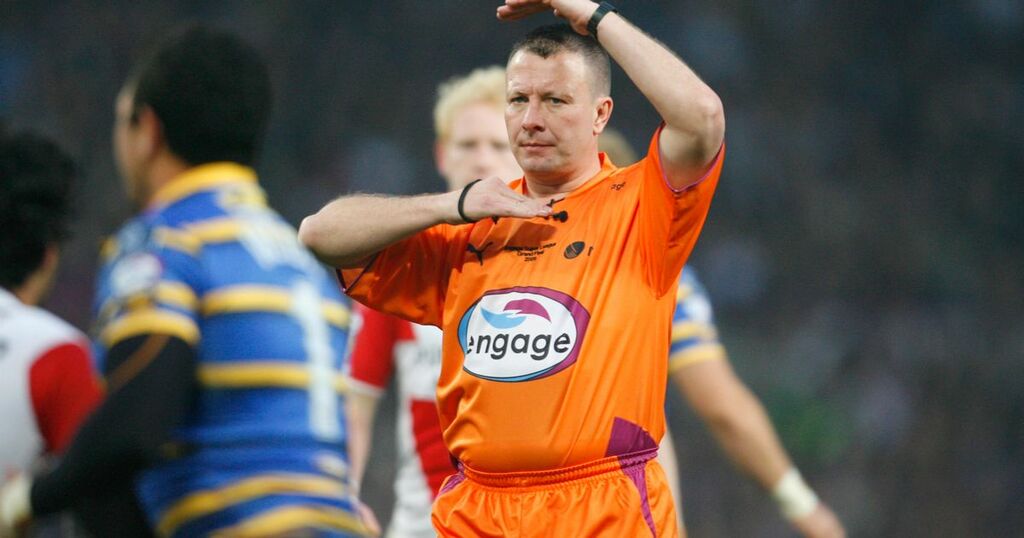 The Rugby Football League's head of match officials, Steve Ganson, has described comments made by Catalans president Bernard Guasch in the wake of last Saturday's Grand Final as 'ridiculous', and insisted he will not allow the integrity of his referees to be called into question.

Guasch said that as long as he remained at the helm of the Dragons, he would never contest a major rugby league final under English officials after the Dragons' 12-10 defeat to St Helens on Saturday evening.

But Ganson has now responded in stern fashion. Guasch will be investigated by the RFL's compliance department for the comments, but Ganson has publicly spoke out in support of Grand Final referee Liam Moore and the entire crop of match officials.

“We have seen in recent weeks and months an increased focus on the abuse being received by match officials in the community game, mostly verbal but in some cases physical," he said.

“Given that background, I can’t stand aside and allow some of our leading officials to have their integrity questioned in such a high-profile way.

“Our match officials are employed to make decisions and that’s what they do honestly and independently. They have a responsibility to contribute to the game in the interests of all stakeholders. This requires knowledge of the rules and effective player management skills alongside common sense.

“There were 288 play the balls in the Grand Final - each one creating multiple decisions that the referee makes on each single play. This carries a weight of enormous scrutiny and responsibility to the sport.

“It is the intention of the referee and his officials that each team has equal opportunity to win the game and within this, the officials have a duty to find the right balance between enforcement of the rules and contributing to the game without unwanted intervention - however, this requires compliance from the players on the field."

Ganson continued: “To suggest a game is lost because of the referee alone is frankly ridiculous and needs calling out. I’m not claiming the performances of the officials involved on Saturday were perfect.

"But I would request that high-profile individuals in the game view the performances of match officials as they do those of players, accepting that errors will occasionally be made and that some marginal calls can go either way – and also consider before they question the integrity of match officials the damage that does to our attempts to increase the respect shown for officials throughout the sport, which is so important in recruitment and retention.

“The comments made by Mr Guasch have been passed to the compliance department for investigation, and we will await the result of that investigation.”