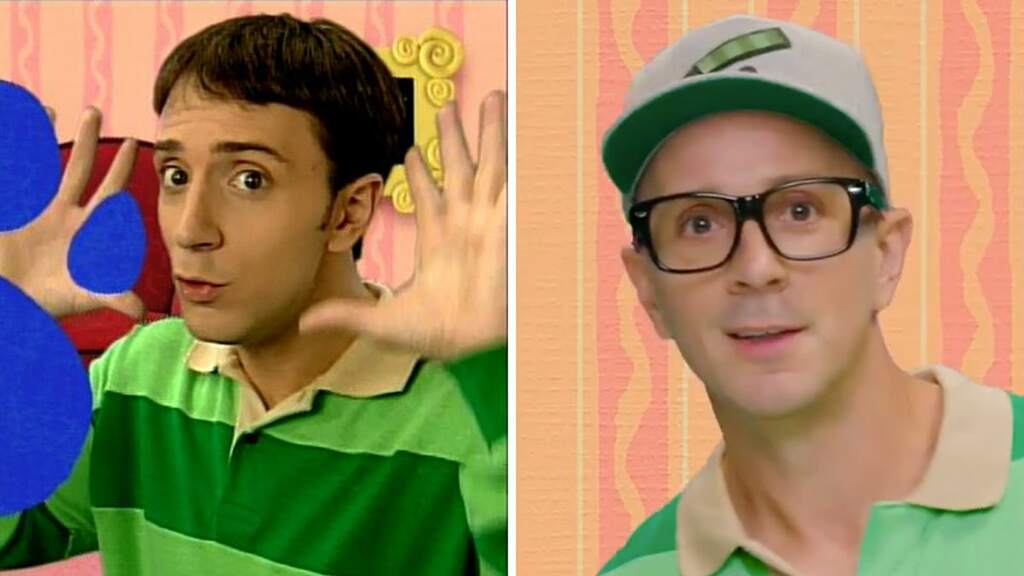 The ever-precious Blue’s Clues is celebrating 25 years of hunting for paw prints, and the OG bestie Steve has returned after he suddenly left us nearly 20 years ago. Finally we get some damn closure on why Blue’s first striped shirt-wearing buddy bailed out and was replaced by his younger brother, Joe.

Steve (played by Steve Burns) popped back in to say hello on the Nick Jr. socials this week, explaining that he had to leave his clue-sleuthing life behind because it was time he grew up and went to college. Sure, he left behind all of us and his best pal Blue, but he promised that he’s been thinking about us every day since he left the show way back in 2002.

“You remember how when we were younger we used to run around and hang out with Blue and find clues,” Steve began.

“And one day I was like ‘Oh hey, guess what? Big news, I’m leaving. This is my brother Joe, he’s your new best friend.’ And then I got on a bus and I left?

“And we didn’t see each other for like, a really long time. Can we just talk about that?”

Steve then went on to recognise that he left in a really abrupt way, and he just “kinda got up and went to college” and left us all in the rear mirror of his life with Blue and Mr Salt and the talking mailbox.

He said that in the time he’s been away, he’s been able to use his mind and take a step at a time to work towards what he really wanted to do. Then he turned the attention back on us – the people who joined him on those twee adventures all those years ago – encouraging us to stop and reflect on what we’ve done since we last saw Steve and Blue together.

“I mean, we started out with clues, and now it’s what? Student loans, and jobs, and families. And some of it has been kinda hard, you know? And I wanted to tell you that I really couldn’t have done all of that without your help.

“In fact all the help that you helped me with when you were younger is still helping me today. Right now. And that’s super cool.”

He finished off the illegally-lovely two minute closure sesh to tell everyone that he hasn’t forgotten about us over the last 19 years, and he’s glad that we’re still friends. I didn’t realise I needed this closure until right now, but good lord I’m glad we’ve been given it.

No worries Steve thanks for making me sob into my coffee at 10am on a Thursday morning, it’s cool. I’m FINE.