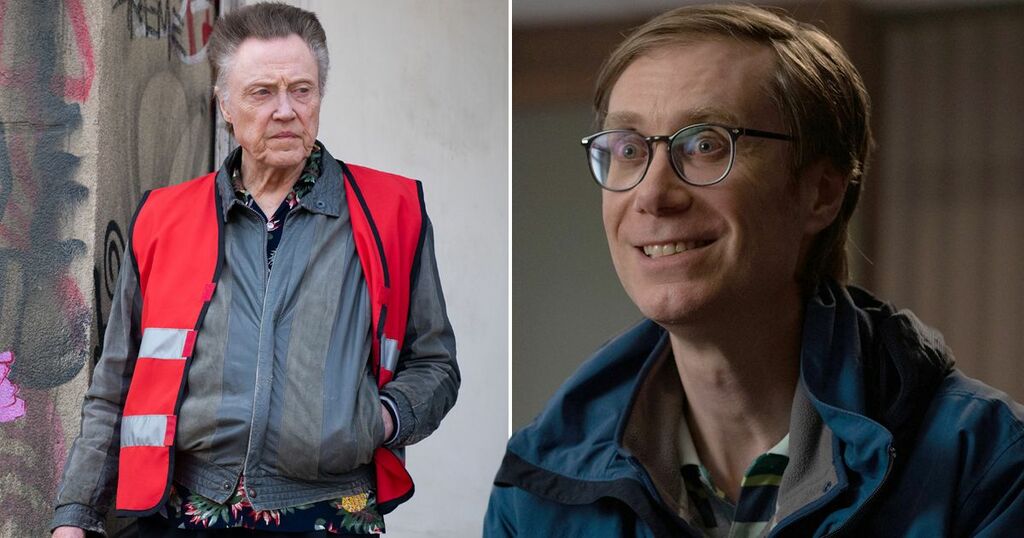 The Office and Extras writer Stephen Merchant had to fly to the USA to convince Hollywood star Christopher Walken to sign up for his drama The Outlaws.

The Pulp Fiction and Batman Returns actor does not have a mobile phone or even an e-mail address.

So Merchant jetted to the States and tracked him down.

He explained: "Chris doesn’t use phones and he doesn’t have a computer, so it was a bit hard to ­contact him.

"I ended up having this very glamorous weekend where I went to Los Angeles to go to the SAG Awards for that film Jojo Rabbit.

"On the way back, someone said: ‘Chris can see you on your way home’.

So I flew from this glamorous award ceremony to New York, and then drove up to Connecticut, and met Chris at his house. “We spent hours just chewing the fat and the next thing I knew he agreed to do it."

The Outlaws is about a group of lawbreakers in Bristol who are thrown together to complete a community service sentence.

Merchant plays Greg (a lawyer caught soliciting in a car park) and Walken stars as Frank (an unreformed con-­artist and womaniser).

Walken now admits he needs to get a phone. He said: "I mentioned an actor named Clifton Webb and none of my younger colleagues knew who he was.

"And this one guy took his cell phone and punched in Clifton Webb. In 30seconds he had all these details – where he was born, his credits... everything! It was amazing."

Merchant based the new comedy drama series on his home city of Bristol, where his parents worked running community service when he was growing up.

The series centres around seven strangers from very different walks of life forced together while completing their community service sentence.

Ahead of approaching new star Walken with an offer to star on the show, Merchant was warned the legendary actor can be rather quiet.

The Office star said: "I went to America to Christopher Walken’s house in Connecticut and somebody said to me before I went 'Chris is comfortable with silence' and sure enough, he’s a man in his late 70s and he’s got nothing to prove to any body so he’s quite happy to ask a question and you give an answer and he just muses on it."

He added: "I’d been primed. He asked what Bristol was like and I told him it was like San Francisco - a big bridge, hilly, quite arty - and he just thought about that.

For what seemed like an eternity. I just sat there. Two men just sitting in silence. So the meeting lasted about four hours. But in the end I liked him and liked me and we got on well and sure enough he turned up in Bristol."

The Outlaws starts on BBC One on Monday, October 25.