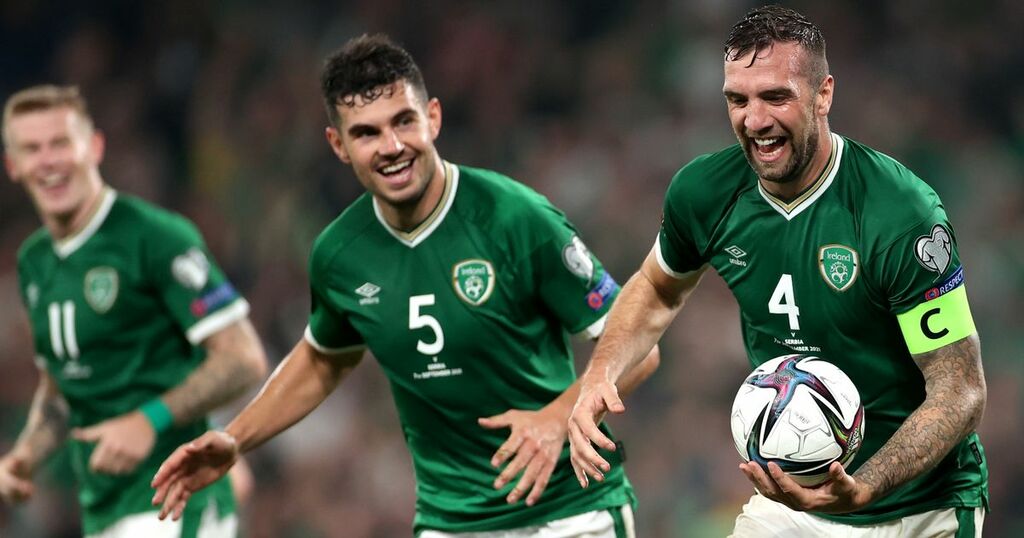 Stephen Kenny has revealed why he is going back to the future so that Ireland can be at their best against top nations.

The Republic of Ireland boss is a deep thinker on the game, but was also developing a tinkerman reputation as he experimented with formations.

For now, he has settled on a flexible 3-4-2-1 set-up that was first trialled against tonight’s opponents Qatar back in their March friendly draw in Hungary.

It is, perhaps, no coincidence that the formation is also used by Chelsea, where new Ireland coach Anthony Barry is one of Thomas Tuchel’s chief lieutenants.

But yesterday Kenny admitted he has settled on that way of playing in order to maximise Ireland’s strong defensive unit.

Throughout his career, the Dubliner has always wanted attacking players in his club teams with tremendous creativity and flair.

And he believes that his current crop of forwards can eventually find their rhythm at senior international level.

But while that is a work in progress, Kenny appreciates that Ireland have to style their game on their strongest weapon right now.

With Shane Duffy back at the peak of his powers and John Egan showing why Kenny has so much faith in him, it’s the smart call.

Particularly so with a promising cast of young centre-backs coming through the ranks to compliment them.

Ahead of tonight’s Qatar clash, Kenny said: “It’s the realisation - it’s possibly fair to say - that 60% to 70% of our best players are defenders.

“There are also three emerging centre-backs coming through at their clubs, Andrew Omobamidele, Dara O’Shea and Nathan Collins.

“We’ve then got players who can play wingback at their clubs. We can shape our team around that and it can be tactically flexible against the better nations.

“The flexibility within that gives us a better chance against the better nations. What we’ve got to improve on is that aspect against teams we’re capable of beating.

“We changed to a back three in March and it has been used in all the games, bar Andorra when we played a back four.

But while building a team around its strongest components makes sense, Kenny won’t be ignoring the other elements.

And he is hoping that Callum Robinson’s superb brace in Azerbaijan is the catalyst for a higher goal return from the forwards.

“He's someone who has the capacity to create and score goals,” said Kenny of the West Brom forward.

“He's not necessarily a prolific scorer of goals but he got a high number at Preston and scored goals this year for West Brom, he's done well so far before he got his illness.

Jon Walters wasn’t a prolific scorer at club level but scored 14 valuable goals for Ireland and Kenny said of Robinson: “I see there’s a sort of comparison with Walters.

“They both played wide and as central strikers although Jon Walters scored goals even from the wide right position in that campaign.

“Callum likewise played on the right the other day but when he got his goals, he went up front.

“It could be argued his best position is off the left where he's played a lot of his football at Preston.”

But the prolific scorer at underage level - 34 goals in 61 internationals from U15s to U21s - has yet to break his senior duck.

And he was whipped off after an hour in Baku, although had been laid down with a fever that saw him confined to his hotel room in Azerbaijan two days before the game.

Kenny must decide whether to rest him tonight against Qatar or persist in the hope that a first goal could set the wheels in motion for more.

“That's something we have to consider,” added the manager. “He’s okay and available. He still did a good job for the team on Saturday and led the line.

“Certainly, he has had bigger impacts on games, in the last window for sure.

“But it was a selfless act, getting out there and putting himself forward, having been struck down. He put in a selfless hour for the team and that was appreciated.”

After Saturday’s win in Baku, Kenny needs symmetry in his team tonight - from back to front - to keep the momentum going into next month when his future will be decided