Stephen Colbert: ‘Vaccine mandates have a proud, patriotic history in this country’ 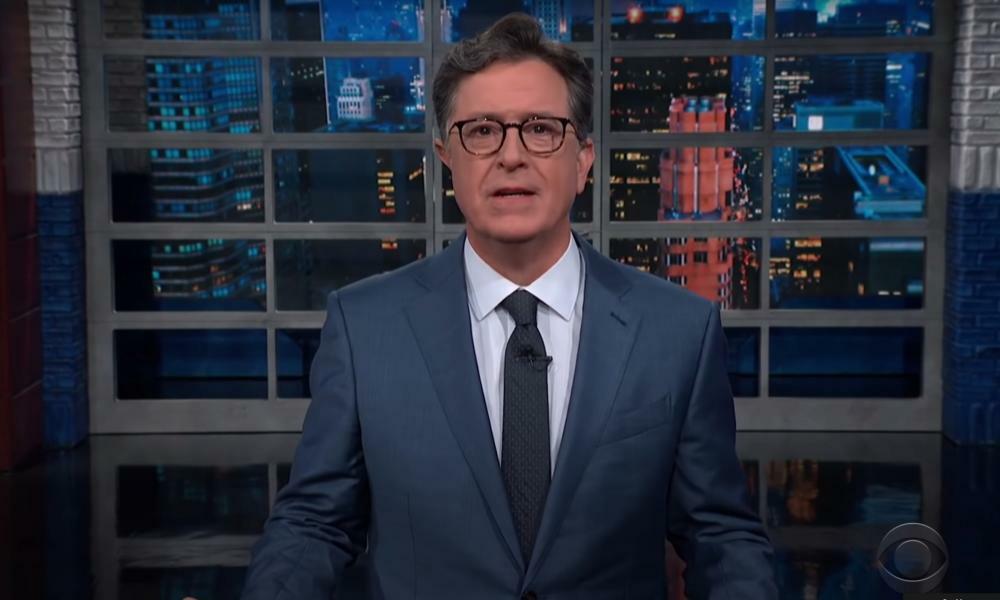 “The biggest story today is that the coronavirus refuses to stop being the biggest story every day,” said Stephen Colbert on Thursday evening. “Thanks to Delta, the pandemic numbers are as bad as they were back in March.”

On Thursday afternoon, Joe Biden unveiled his plan to curb the virus in a speech. “Please, get us out of this!” Colbert pleaded. “We’ve been in the pandemic so long my sourdough starter just got its learner’s permit.”

As part of the plan, Biden signed an executive order requiring all federal employees to be vaccinated, without the option for regular testing as an alternative. “Good! Good, I say! Finally, the federal government has reached the high standard of audience for a comedy show,” the Late Show host quipped.

Biden also announced a new Occupational Safety and Health Administration (Osha) rule that will require businesses with over 100 employees to ensure workers are either fully vaccinated or tested weekly for Covid. “You hear that, anti-vaxxers? Osha is comin’ for you!” Colbert said. “The tough guys at Osha are finally treating the plague with the same seriousness as not being able to stand on the last rung of a stepladder.”

In his speech, Biden said that vaccinated Americans’ patience was wearing thin with the unvaccinated. “And I say, hear, hear! Vaccine mandates have a proud, patriotic history in this country,” Colbert added, pointing to George Washington’s requirement that his troops be immunized during a smallpox outbreak in 1777. “And who can forget the immortal words of Paul Revere,” he riffed, “‘One if by J&J, two if by Pfizer. The variants are coming! The variants are coming!’”

“There’s a simple truth about our history which has somehow been muddied through decades of self-serving revisionism by racists and apologists for white supremacy,” said Seth Meyers on Late Night, “and that is that the Confederacy was a movement of anti-American traitors and slavers who tried to destroy this country.

“I can’t believe that even has to be said, but apparently it does,” he continued. “I mean, there are people out there who don’t even know what the civil war was about – like, for example, the former president of the United States.”

Meyers referred to a comment made by Trump in May 2017: “People don’t realize, you know, the civil war, um, you think about it, why? People don’t ask that question.”

“Yeah, people don’t ask the question ‘Why was there the civil war?’ just like people don’t ask ‘How many sides does a triangle have?’ or ‘Is a snake a reptile?’” Meyers mocked. “Because we learned all that shit in grade school, at least those of us who weren’t following our dads to construction sites to yell at immigrants.”

Thanks to the revisionist mythology of the Lost Cause and gentlemen’s Confederacy, a statue of the Confederate general Robert E Lee on a horse loomed over the former Confederate capital of Richmond, Virginia for 130 years – until this week. The six-story tall monument, the largest to a Confederate in the nation, was removed on Wednesday to cheers of “Nah, nah, nah, goodbye.”

Trump issued a statement calling the removal a “complete desecration” and lamented, bafflingly, that Lee was not alive to lead the US in Afghanistan. “What do you mean it would’ve ended in victory if Lee was in charge?” Meyers said. “He lost! He’s famous for losing.”

And in Los Angeles, Jimmy Kimmel also touched on Biden’s requirement that federal employees get vaccinated. “Of course a lot of people are upset about this – they don’t want to be told what to do,” said Kimmel. “Not even by the doctors who they will eventually rush to to beg for help when they get sick.

“You know, there’s a reason these pandemic movies end when a hero finds a cure for the disease,” he added. “There’s no Contagion sequel with Matt Damon running around trying to convince people to take the vaccine. They just take the vaccine.

“A quarter of the country thinks ‘herd immunity’ means they should be taking livestock medicine instead of the vaccination,” he lamented.

In other news, the Biden administration on Wednesday removed 18 military academy board members appointed by Trump, including former adviser Kellyanne Conway and press secretary Sean Spicer. “Tough day for the comedy team of Conway and Spicer,” Kimmel quipped. “You know, when we finally got rid of Trump I assumed these people would just disappear, like the White Walker when Arya stabbed the Night King.”