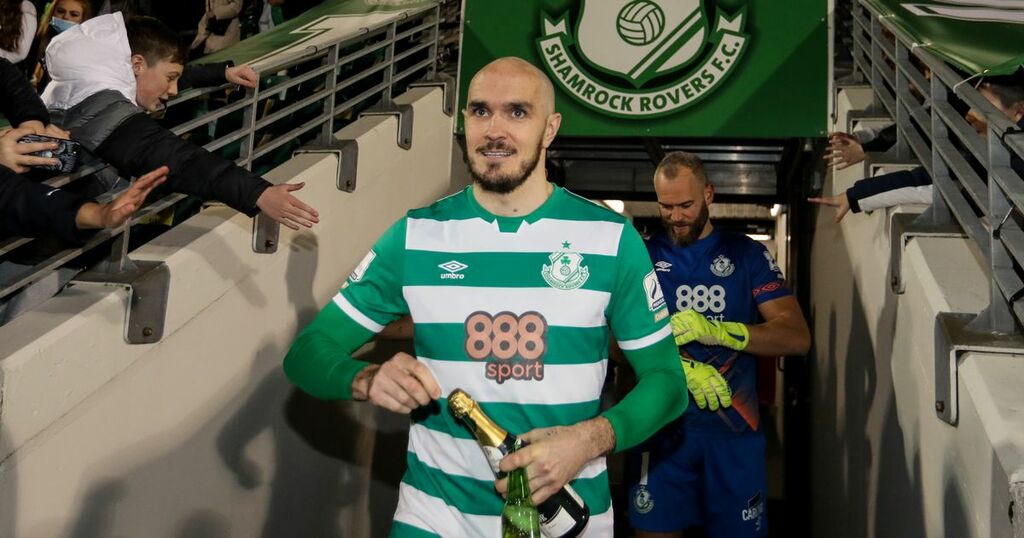 Stephen Bradley has backed departing talisman Joey O’Brien to return to Shamrock Rovers as manager in future years - but he has no plans to step away himself any time soon.

The former Republic of Ireland international was offered a contract by the club for 2022 but chose to take up an offer to become Damien Duff’s assistant at Shelbourne.

Lifelong Rovers fan O’Brien agonised over the decision, having enjoyed huge success in his four years at Tallaght Stadium, capped off by a second league title this season.

The former Bolton Wanderers and West Ham United man, who also helped Rovers to a first FAI Cup crown in 32 years in 2019, bade farewell to the Hoops faithful at Tallaght Stadium on Friday night.

He played 70 minutes as the Hoops ran out 2-1 winners over Drogheda United in their final league game thanks to a second-half brace from Graham Burke.

The Crumlin man was emotional as he lifted his second successive league title, his first in front of the crowd after last year’s coronation took place behind closed doors due to Covid restrictions.

And Bradley paid tribute to a player who has had an impact greater than just his performances on the pitch in propelling Rovers back to the pinnacle of Irish football.

He said: “It’s a really difficult decision [for Joey], and we're all good to see him go because he's been immense for this club, on and off the pitch.

“I think he'll back in the future, maybe as manager some day, because he has a really good footballing brain. He's loved at this club.

“Everyone's time comes to an end at some point and, when mine does, someone like Joey would be more than capable of taking over.”

Rovers unveiled Jack Byrne ahead of kick-off as the Irish international returned for a second spell in green and white hoops after an injury-hit 12 months in Cyprus with APOEL.

Bradley has kept in regular contact with the Ballbough man before and after his decision to cut ties with APOEL in August, but it’s only in recent weeks they’ve talked about a return.

“I know there's been rumours that we signed him a month ago, six weeks ago, and that hasn't been true. I speak to Jack regularly and we've left him be.

“He's had a lot of offers and I wanted him to make up his own mind and be clear in what he wants to do with his football going forward.

“Once Jack indicated that he'd like to stay at home, it was a no-brainer for us to go and get it done.”

Bradley confirmed that, O’Brien aside, the bulk of last season’s squad has re-signed and insisted he’s happy to go again with the side that won the league.

The Jobstown man was diplomatic when drawn on his interest with UCD pair Collie Whelan and Liam Kerrigan - he’s an admirer of both - though he is always open to players who can improve the squad.

“Everyone's done and then Jack and we're really happy with the squad,” he told Dublin Live.

“You're always pushing and asking can we do more, but that's for the board and the club to decide. We'll wait and keep our options open.”