Steelers Star T.J. Watt Believes Sack Record Should Be His 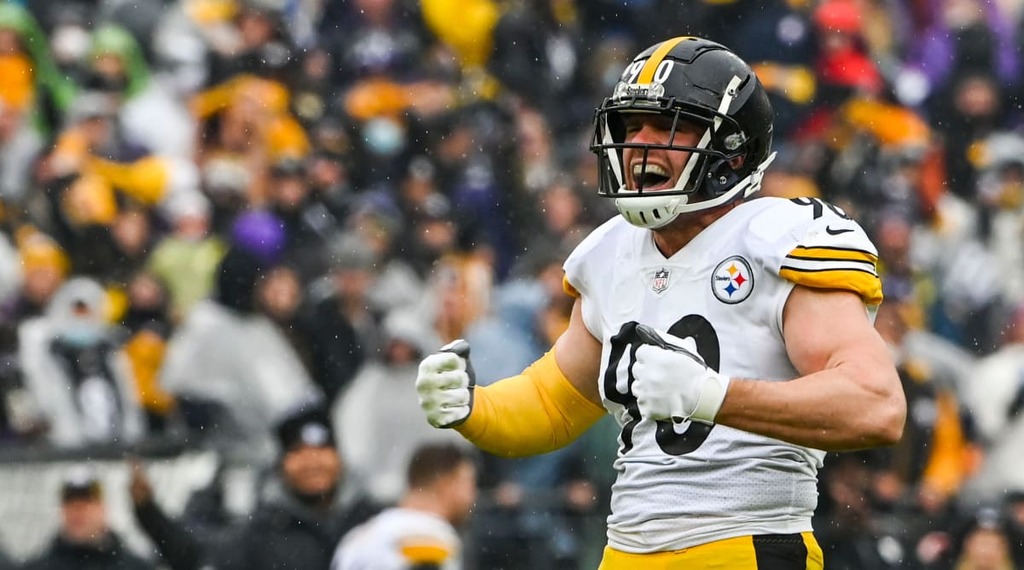 Watt's lone sack in the contest came in the second quarter, when he brought down Baltimore quarterback Tyler Huntley.

Watt, however, believes that a fumble by Huntley in the first quarter of Pittsburgh's eventual 16–13 victory should have been credited as a sack as well.

As Watt, himself, explained to The MMQB's Albert Breer:

“It was empty [backfield] and there was a bad snap. [Tyler Huntley] fell on it, but then he got up. And when he got back up on his two feet, I tackled him and got the ball out. So, I mean, he very well could have still thrown the ball. My understanding was that it was a sack, but apparently it wasn’t, at least according to the statisticians.”

Watt was then asked if he thought it should have been a sack, to which he responded, “Yeah, because he still could've thrown the ball.”

The 27-year-old failed to record a sack in four games this season, but Watt's four-sack tally in Week 17 against the Browns gave him a shot at the record Sunday, and sent him past his brother J.J.'s single-season best of 20.5 sacks, set in 2012 and 2014.

And while the NFL switched to a 18-week regular season this year, Watt also needed only 15 games to notch Strahan, as the Steelers star missed two games due to injury.

For more coverage of the Steelers, visit All Steelers.