Staying up late is out. It’s very pre-pandemic. Go to sleep! 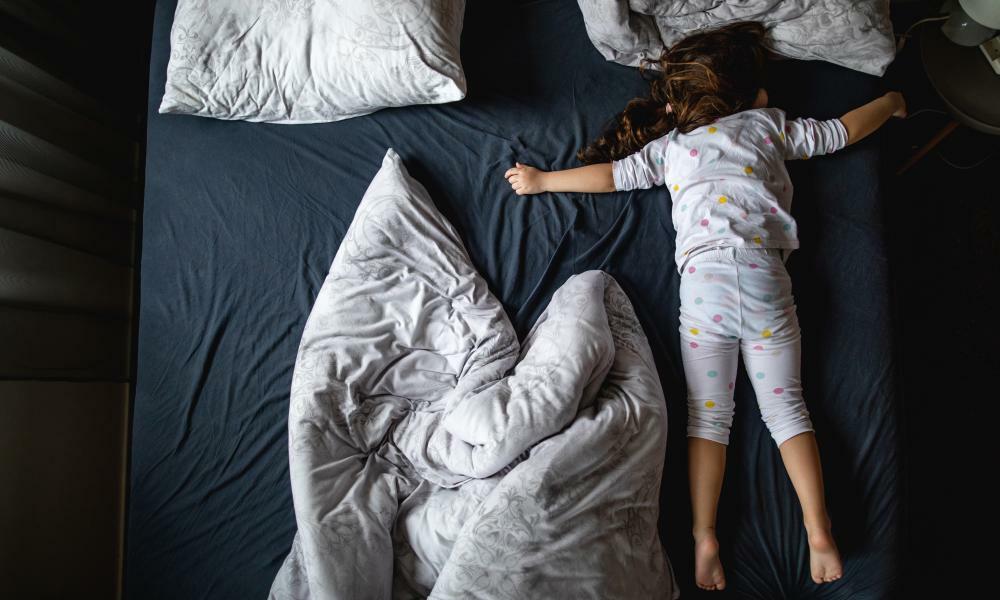 Look, I am aware of how this will sound, but it’s true: there’s a problem with the youth of today. They do not listen. They cannot be reasoned with. They are afraid to meet you in the marketplace of ideas. They’d rather cry and whinge than actually do anything to solve their problems. And yes, I can already hear the counter-argument that the youth that I am talking about is specifically seven weeks old and is simply not capable of the kind of debate I’m seeking.

Frankly, I am as tired of this excuse as I am just, in general, tired – which is to say very, very, very tired.

When the task was put to me to come up with an argument for Guardian Australia’s summer series, I toyed with a number of takes on a variety of topics, all the while knowing that there was truly only ever one argument in my heart. And since I cannot have that argument with the very small person who deserves to hear it, I will air it out here.

The thesis is simple and applies to all ages: you need to go to sleep.

Everyone needs sleep and “everyone” includes you. I don’t care how adorable you look with your big eyes looking up at me, the fact that they’re open is a problem. You don’t need me to yammer on about the health benefits of sleep. You weren’t born yesterday. You were born seven weeks ago. Do you know how you turn seven weeks into seven weeks and one day? You go to sleep.

I know it’s tempting to stay up late. I’ll admit there are times when I stay up far later than I should. Like you, it feels almost spiteful when I do it. It’s as if I’m protesting against how much of our time is taken up by work and other responsibilities.

Did you know the modern person works more than a medieval peasant? That’s ridiculous! It’s understandable that you would try to scrape back whatever leisure time you can, even if it means staying up late into the night doing vaguely nothing.

But you are not protesting against capitalism by sitting up for a few extra hours at night. Rather, you are taking away your own ability to endure it. And furthermore, you are a baby. You do not have to go to work tomorrow. I do. Go to sleep.

Anyway, who are you trying to impress? No one thinks it’s cool you’re staying up late. We’ve all stayed up late before. Staying up late is out. It’s very pre-pandemic. Late nights are over. All the best television is on demand. Young people drink less alcohol, hopefully zero in this case. Brunch is the new dinner.

Nightclubs are banned and only the most incompetent bouncer would believe your fake ID. Stay in. Go to sleep.

Do you think you’re missing out on something? Let me tell you a harsh truth that helps keep me from doing one last doomscroll. I’ve never, ever received an email or seen a tweet in those last moments before sleep that I was happy to have read.

Trust me, it can wait until the morning.

Your problems will still be there on the other side. You’ll need your rest to deal with them. You’ll sleep better if you don’t check in the first place. Not to mention, and I cannot stress this part enough, you are a baby. You have no deadlines.

Of course you’re tired. We’re all tired. I can tell that you’re cranky, too. Something about the constant screaming tipped me off. Yes, I’m very perceptive. Hey, do you think you’d find it easier to regulate your emotions if you, oh, I don’t know, went to sleep? Just a thought.

Think of it this way, my very small friend: there will come a time when all you want in life is to take a little nap. Sleep is an incredibly sought-after commodity. It’s so badly needed that millennials take pride in talking about how tired they are, as if that isn’t a tedious premise for a chat or, god forbid, a whole article.

You can sleep whenever you want! How lucky are you? There is nothing I would like more than a little snooze. If someone was offering to pop me on their knee, give me a burp, then tuck me in, why, I would jump at the opportunity and be very grateful. I’d say you should grasp it with both little hands.

Has this convinced you? Is it getting through at all? You know what, it’s too late for us to argue like this. Let’s sleep on it, and we’ll have this same chat tomorrow night.