It has been a controversial sight in Far North Queensland for nearly 50 years, but an 8-metre-tall statue of Captain James Cook has now begun its "final tour".

The statue beside the Cairns thoroughfare of Sheridan Street was taken down from its roadside perch at the northern entrance to the regional city on Tuesday.

The block of land it has long called home is slated to become a James Cook University teaching hospital.

Demolition contractor Martin Anton bought the rights to dismantle and remove the controversial statue for one dollar, and said he had "a little bit of butterflies with expectation".

Gimuy Walubara Yidinji man, Isaac, observed the removal of the statue he described as "a very ugly representation of this country".

"Hopefully it doesn't get put up anywhere near Cairns," he said.

The statue's removal was twice postponed due to wet weather.

"I've been looking forward to this for a very, very long time and it's finally here," Mr Anton said.

Mr Anton said there were lots of challenges associated with the demolition ahead of the statue's "final tour".

"We've got the best people in the business from every walk of life," he said.

The statue was removed with a large crane and placed on a truck.

On Wednesday, it will be taken out of Cairns on the Palmerston Highway through Atherton, Mareeba and across the Tablelands region to a property in Mount Molloy.

But it has not yet been decided what the future holds for Captain Cook.

"He's just going to be located on site for storage purposes until the structural engineers have had a chance to go right over him and make sure he's as good now as he was 50 years ago," Mr Anton said.

"You get better with age, don't you?" 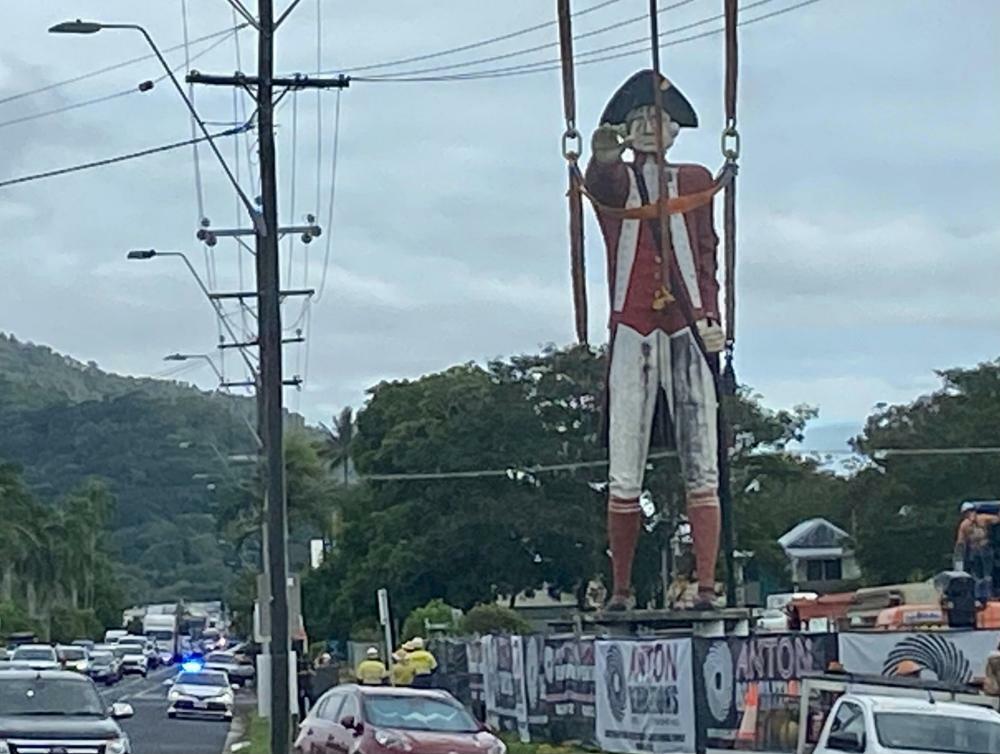 The Guardian - AU
One subscription that gives you access to news from hundreds of sites
The Great Wheelbarrow Race, Far North Queensland's unique fundraiser, returns for 2022

Since 2007, The Great Wheelbarrow Race has raised more than 2 million dollars for numerous local charities.

Moving people out of flood-prone areas in north and south Lismore could cost $400 million, and the local council can't…