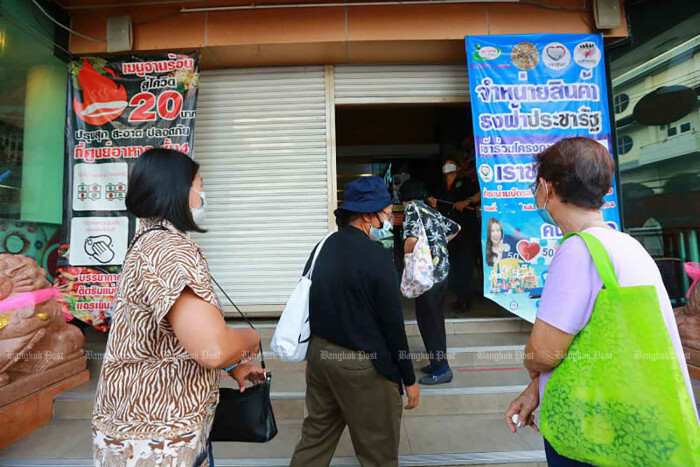 The finance and labour ministries are sharing data for a review of state welfare eligibility.

According to government spokesman Thanakorn Wangboonkongchana, the aim is to prevent duplication and ensure the scheme better benefits low-income people.

Prime Minister Prayut Chan-o-cha instructed the Finance Ministry to review eligibility criteria while the Fiscal Policy Office is preparing a new round of registration for state welfare cards.

In the new round, criteria for eligibility would be stricter to prevent duplication as some cardholders may also be receiving other welfare benefits.

At present, an eligible recipient must be a Thai with an annual income of 100,000 baht or less and owns assets of not more than 100,000 baht.

After the review, the criteria may be based on a combined income of his or her family. Other assets such as land, houses and savings bonds may also be considered.

Mr Thanakorn said the new criteria were expected to be forwarded to the cabinet for consideration in November. The new round of registration was expected in January next year, he added.

The government spokesman said the Finance Ministry has coordinated with the Labour Ministry so it could have access to the latter's social security database.