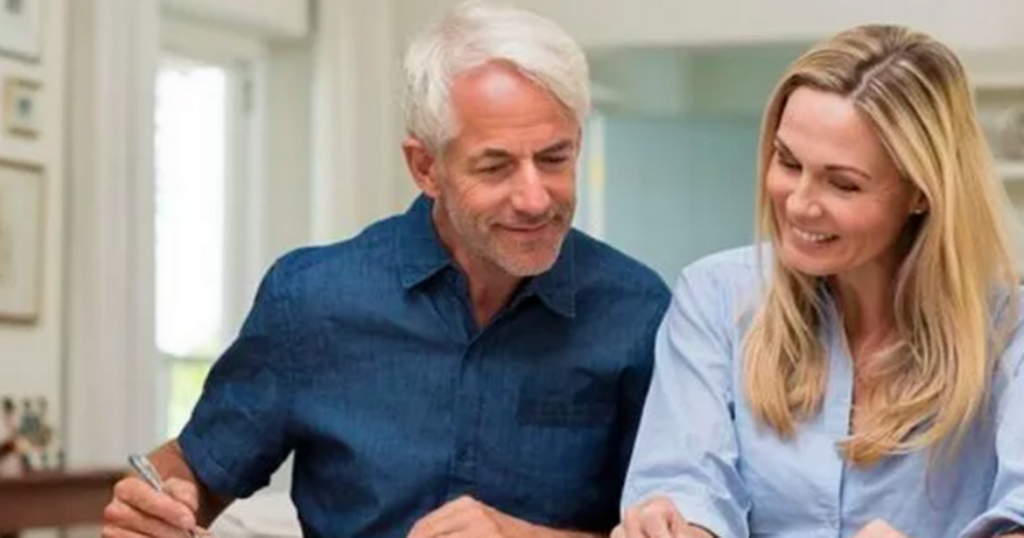 There are two benefits you may be eligible to claim now that could carry over when you reach 66.

More than 30,800 people across the UK are receiving PIP support for a hearing condition.

Daily Record
Get all your news in one place
Latest Lifestyle news:

A look at this week’s battleground primary results
Welcome to the Thursday, May 19, Brew.

Ballotpedia
Read news from The Economist, FT, Bloomberg and more, with one subscription
Learn More
The Dark Paradox of Sex and the Single Girl

Sixty years ago, Helen Gurley Brown’s best-selling book promised women a world of sexual freedom—but then ceded that world to…

The Atlantic
From tacos to sopes, a border food tour

Facing the painful parts of life head-on is the only way to feel at home with yourself.

Input
From analysis to good news, read the world’s best news in one place
VIDEO: Parental Pride: Parents Most Proud Of Kids That Are Caring And Kind
Parents are most proud of their child’s ability to be compassionate, display kindness, and go above and beyond to help…

Zenger
Snakes Alive: Beautiful New Species Of Rare Burrowing Snake Discovered
This strikingly beautiful burrowing snake that was previously unknown to science has been discovered in Paraguay and is making waves…

An online petition calling on the UK Government to increase State Pension payments to £19,760 per year, the equivalent to £380 each week which would bring it into line with current National Living Wage rates, is approaching a significant milestone.

The, ' Increase the State Pension to £19,760 a year (£380 a week) petition ', was created by Stephen Edward Wyatt and has received more than 46,785 signatures of support from people in every council region across the UK.

If the petition reaches 100,000 signatures - there are presently some 12.4 million people receiving State Pension payments from the Department for Work and Pensions (DWP) - it would be considered for debate in the UK Parliament.

The suggested increase would bring State Pension payments on par with the recent rise on April 1 to the National Living Wage, which is now £9.50 an hour for people aged over 23 working a 40-hour week - the equivalent to an annual salary of £19,760.

However, in a response to the petition last month, the DWP outlined how the suggested increase is not plausible, explaining how State Pension and the National Living Wage have “different purposes and a direct comparison cannot be drawn”.

The DWP said: “The [UK] Government disagrees with the proposed approach of this petition. This petition suggests linking the State Pension and the National Living Wage (NLW). The two have different purposes, and a direct comparison cannot be drawn. The NLW aims to protect low income workers and provide an incentive to work by ensuring that workers benefit from being employed. Most pensioners have left the labour market.”

It went on to say that comparisons made in the petition between headline State Pension payments and the NLW do not consider the full package of measures available to support older people in retirement.

DWP explained: “In addition to the headline State Pension amounts, there are many further sources of financial support for pensioners.

“Those aged over State Pension age are entitled to free eye tests, free NHS prescriptions and free bus passes. Those aged over 75 and in receipt of Pension Credit are eligible for free TV licences. In addition, Winter Fuel Payments provide pensioners with support for their energy bills worth over £2 billion every winter.”

It also points out that automatic enrolment into workplace pensions was introduced to encourage more people to save for their retirement, meaning more than 10 million employees have now been automatically enrolled into a workplace pension.

The DWP concluded its response by saying: “This year, the [UK] Government will spend over £134 billion on the State Pension and benefits for pensioners in Great Britain.

“Based on the most recent data from August-2021, yearly average amounts of State Pension in payment are £ 8,302 per individual.

But the cost of living crisis, heightened by soaring energy bills, is putting additional pressure on household finances, which cannot keep up with rising inflation which now sits at 7% and is expected to jump even higher this month.

For many of the 12.4 million people across the UK claiming their State Pension, including 981,399 living in Scotland, it is potentially going to hit them hardest as this could be their only source of income.

Read the full DWP response to the petition here.

There are two benefits you may be eligible to claim now that could carry over when you reach 66.

More than 30,800 people across the UK are receiving PIP support for a hearing condition.