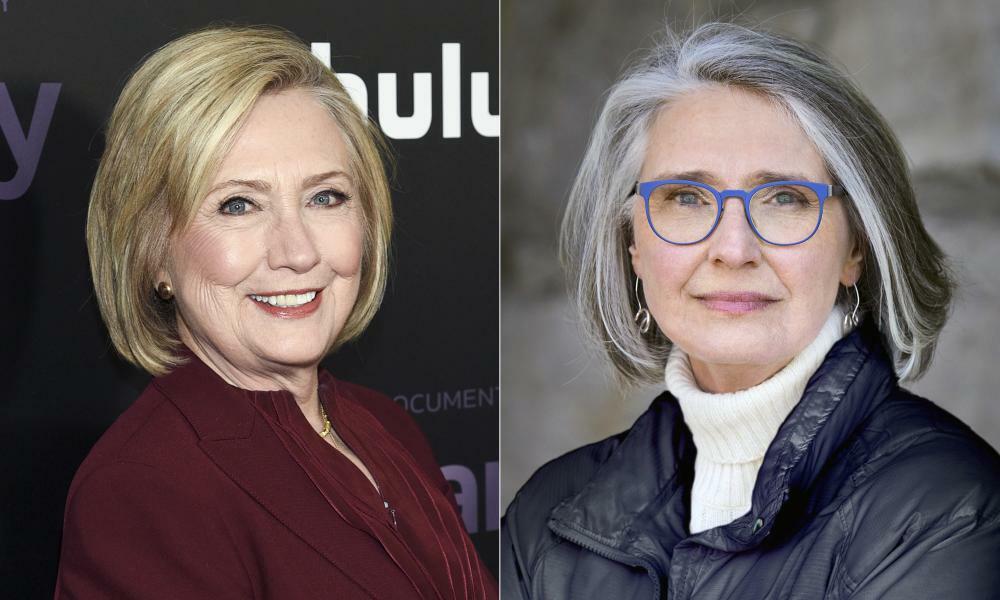 Having failed to follow Bill Clinton in the line of American presidents, former US secretary of state Hillary Rodham Clinton matches one of her husband’s retirement projects: a co-written political thriller. State of Terror – written with Louise Penny, author of the Inspector Gamache crime series set in Francophone Canada – follows Bill Clinton and James Patterson’s The President Is Missing (2018) and The President’s Daughter (2021).

Readers are bound to look for revelations that for reasons of discretion or state secrecy were omitted from the politicians’ autobiographies. Bill (and James) created fictional President Jonathan Duncan; Hillary (and Louise) conjure fictional secretary of state Ellen Adams, her surname shared with a family that did provide two US presidents.

Whether through collusion or coincidence, the only American spouses ever to run for the presidency both distance their literary avatars through a homicide pact. President Duncan is a widower; Secretary Adams twice widowed.

Even so, it is almost impossible not to superimpose the respective Clinton. In State of Terror, such parallels are further encouraged by the America presented. The US has recently been ruled by “delusional” Republican President Eric Dunn (his first name shared with one of Donald Trump’s sons), who was nicknamed “President Dumb” while running an administration of “near-criminal incompetence” that became “increasingly deranged”. The worst thing done by Dunn is to have “pulled out of a nuclear accord with Iran”, as Trump did. In Rodham Clinton and Penny’s efficiently suspenseful scenario, Dunn’s dumbness has increased the possibility of terrorist groups buying or stealing nuclear weapons and using them against the US.

The crazed, dangerous Dunn is followed into office by a Democrat, Doug Williams, who Ellen considers “rude” and a “fool”. Hard Choices, Rodham Clinton’s 2014 memoir, is tough on then vice-president Joe Biden. So the novel can reasonably be read as settling scores with both the man who beat her – Dunn is not far short of an elected Hannibal Lecter – and the man who then bested him. British readers may also be struck that Downing Street, on Zoom calls, is represented by “Prime Minister Bellington, his hair askew as always”, who is prone to “entitlement and random Latin phrases”. Prison warders’ belts contain fewer clanking keys.

All the antagonists are male, reasonably reflecting both America’s political history and Rodham Clinton’s own. Expectedly, but effectively, the book targets Washington misogyny: when Ellen jets in from another marathon diplomatic trip, political enemies and news pundits of both sexes sneer at her plane-hair and creased pantsuit. Secretary Adams is more human, warm and amusing than even Rodham Clinton’s admirers have often found her to be, although the side of the real politician that can seem reluctant to admit any wrong may be glimpsed in scenes justifying the use of non-official communications channels. (Revelation of HRC’s use of a private email server for state department business dogged her 2016 run.)

But the huge appeal of these Washington super-insider novels is the promise of unimpeachable research. When Bill’s President Duncan writes letters to relatives of US troops killed in war, we are tinglingly aware that one of the authors has actually done this. In State of Terror there’s compelling detail of Adams’ schedule during an international crisis: living for days on planes, shuttling between embattled capitals trying to doze as time zones change, literally unsure where you are when shaken awake for the next sudden summit with a leader likely to be lying about harbouring terrorists or nuclear weapons. The body heat and ego trips of White House situation rooms also feel painfully experienced.

The novel is geopolitically thoughtful as well, exploring a moral dilemma worthy of John le Carré: if the most serious potential threats lie within your country, is there a case for co-operating with nations usually hostile to yours? For Adams, definitions of patriotism are complex.

As a politician, Hillary Clinton is unusually interesting from a linguistic perspective. “A basket of deplorables”, her description of Trump supporters in a 2016 interview, may have lost swing votes, but was poetically striking. Although it’s impossible in a twin-written novel to know who typed what, State of Terror has a literary patina: poetry is widely quoted, and Adams and her closest aide play a word game based around pedantry of grammar and vocabulary (sample bid: “A dangling modifier walked into a bar …”). More negatively, minor characterisation often consists of comparing the person to an American TV character, and action scenes contain so many references to a “pounding heart” that this may become the first novel to be diagnosed with tachycardia.

The Clintons will surely be fascinating to future biographers and historians, who may find at least as many revelations in the couple’s fictions as in their memoirs. Bill and James have already released a sequel, and I hope that Hillary and Louise also do. For all the attempted distancing, the reality of high American politics feels tensely, sweatily close.

State of Terror by Hillary Rodham Clinton and Louise Penny is published by Pan Macmillan (£20). To support the Guardian and Observer, order your copy at guardianbookshop.com. Delivery charges may apply.