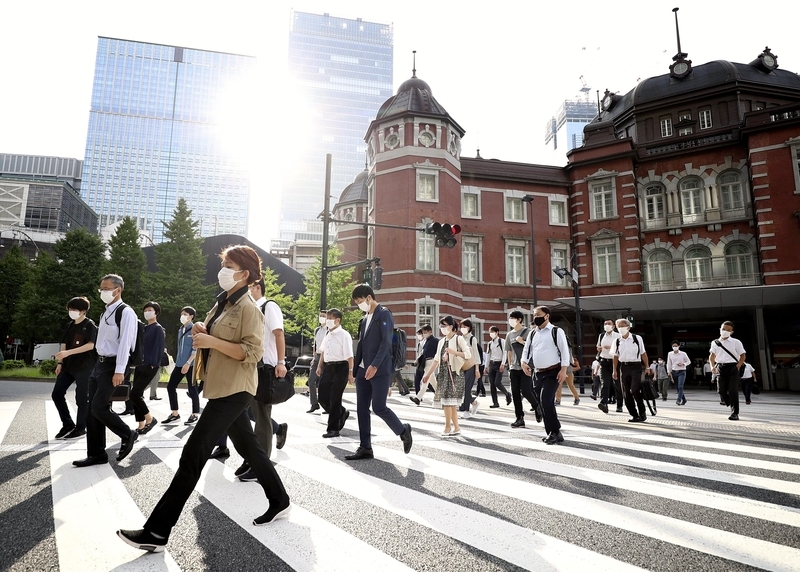 The most recent extension of the coronavirus-related state of emergency began Monday, set to last through the end of September in Tokyo and 18 prefectures.

The latest extension was spurred by the consistently high number of COVID-19 patients in serious condition despite the downward trend in the number of new infections.

"We're still in a very severe situation in terms of providing medical care" in the 19 prefectures, economic revitalization minister Yasutoshi Nishimura, who is also in charge of the response to the novel coronavirus, said at a meeting of the government's base response policy subcommittee on Thursday.

The daily number of newly infected people has continued to decline in almost all regions of Japan, falling to 60% of the previous record level seen in late August.

However, the number of seriously ill patients on ventilators and other equipment has been in the 2,000 range since late August and remains at the highest level so far.

According to figures compiled by the Cabinet Secretariat, the occupancy rate of hospital beds set aside for coronavirus patients as of Wednesday was at least 50% in 15 of the 19 prefectures, putting them in the most severe Stage 4.

Nine prefectures, including the Tokyo metropolitan area and Okinawa Prefecture, were at Stage 4 in terms of the occupancy rate of hospital beds for seriously ill patients.

The number of new infections in Tokyo has dropped to 40% or less of the peak in the second half of August.

However, a growing number of people in their 70s and older are seriously ill. As a result, the impact on general medical care continues, as it has become difficult for emergency medical services to accept patients.

An advisory body of the Health, Labor and Welfare Ministry said Wednesday that when considering whether to relax countermeasures in accordance with the infection situation in each region, incremental steps would be necessary to avoid another surge in infections.

"The infection situation may be even more severe in the winter," a ministry official said.

With temperatures decreasing, there will be fewer opportunities to open windows for ventilation, increasing the risk of infection indoors.

"It's extremely important to further improve the system for providing medical care as we approach the winter season," Health, Labor and Welfare Minister Norihisa Tamura said at the subcommittee meeting on Thursday.