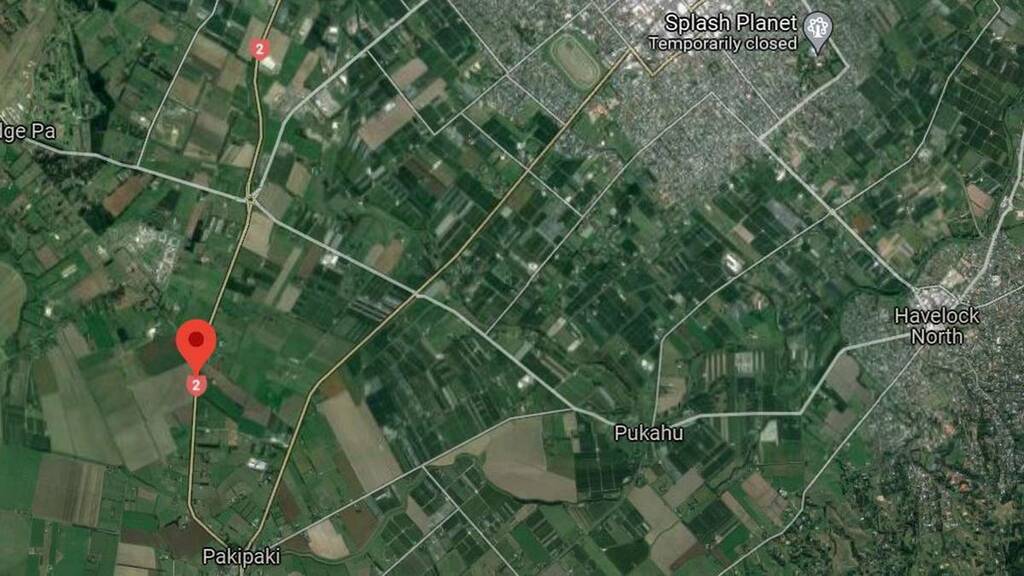 Two people have been seriously injured and State Highway 2 in Hawke's Bay closed for hours after a two-car crash downed power lines near Pakipaki.

Emergency services were called to the scene about 2.20pm. At 4.30pm, police were predicting the road would remain shut for several hours.

A police spokeswoman said one car had collided with a power pole, leaving fallen powerlines across both lanes of the road.

A 4x4 vehicle involved in the incident had also crashed at the scene.

One person was trapped in the car but was conscious and speaking with staff at the scene, the spokeswoman said.

A spokesperson for St John Ambulance said two ambulances and an intensive care paramedic had treated and transported two people in a serious condition to Hawke's Bay Hospital.