A couple from Leeds have received a 10-year ban from keeping animals after they were found to have two severely underweight dogs, along with other animals kept in 'disgusting' conditions.

The RSPCA prosecuted Julie Pitts and Michael Short, who were sentenced at Kirklees Magistrates' Court on April 19 following an investigation.

RSPCA Inspector Kris Walker was called to the couple's home in Moorlands Avenue in Leeds on July 15 last year. Upon entry, he found two collie dogs named Toby and Cody in a poor condition. Kris could feel their ribs, hips and spines and both the dogs were suffering from flea infections.

Also found in the property were two rats who appeared underweight and had skin problems, living in a cage without food or water. There was a chicken in the living room with no clean water or food inside a dirty pen and a dove confined to a hamster cage with a broken leg and wing.

In his statement, Inspector Walker said: “Miss Pitts advised me she had the collared dove for approximately four weeks … and she had not sought veterinary treatment. The whole house smelled strongly of ammonia and there were dog faeces in the living room.”

The inspector took the dogs and chicken to the vets along with the dove, who was sadly put down to end his suffering. Jill Atkin, a veterinary surgeon, said in her report that when she first examined Toby, the collie, he was "severely underweight" and in an "emaciated" condition. She came to the conclusion that both dogs had not been fed or received the right vet treatment for around three months.

The dove has been suffering for a period of at least three to four weeks.

Pitts, 57 and Shot, 63, both pleaded guilty to causing necessary suffering by failing to investigate the cause of the dogs' weight loss and both admitted to failing to meet the needs of all the animals. Pitts claimed she called the vets only to be told they were dealing with emergencies only.

The court was told that the defendant took the dove into her home from children in the neighbourhood but couldn't face having it put down. Pitts also pleaded guilty to causing unnecessary suffering by failing to seek vet treatment for the dove.

Mr Short was suffering from cancer during the time he committed the offence, the court was told, and his health problems had "defected him from his responsibility." Magistrates said they were "disgusted by the living conditions" and told Pitts to complete 20 rehab activity days as part of her 12-month community order.

Short was also handed a 12-month community sentence, which requires him to undertake 15 RAR days and he also has to undergo a nine-month alcohol treatment programme. Both defendants were told to pay a £95 victim surcharge.

Both dogs were later signed over into the care of the RSPCA and have since been rehomed. The magistrates also made deprivation orders requiring the rehoming of other animals in the care of the defendants, who are appealing those orders as well as their 10-year disqualification orders from keeping all animals. 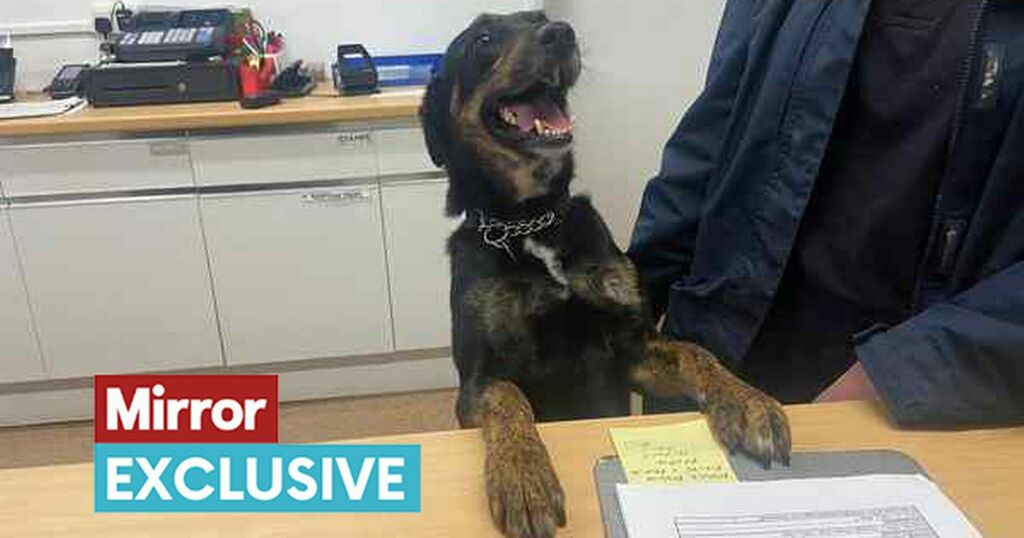 Michael Nisbet, 32, who's from Stenhousemuir and Rebecca Ward, 25, of Menstrie, were found guilty of failing to provide an…

Daily Record
The filthy, disgusting 'cell' where cruel family locked poor dog inside covered in its waste all day

Some of the dogs had been left disfigured after being trained to fight badgers and foxes for entertainment.