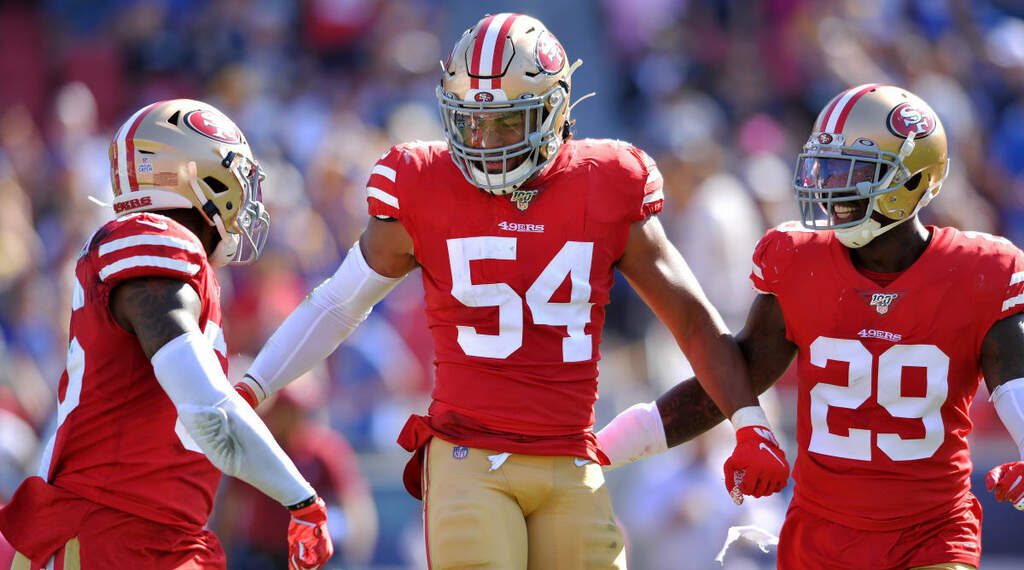 49ers D/ST at Lions (1 p.m. ET, FOX): The Lions' offense could be one of the worst in the league this season, making the 49ers one of the best options among defenses this week. While it will be interesting to see the Lions upgraded offensive line in action, the Niners' front-seven will still put the clamps (and pressure) on Jared Goff all afternoon.

Broncos D/ST at Giants (4:25 p.m. ET, FOX): The Giants offense has several issues heading into the regular season, including the statuses of stars Saquan Barkley, Kenny Golladay, and Evan Engram. Daniel Jones hasn't been the consistent quarterback, and he could struggle if his offense is a patchwork unit. That makes Denver a nice choice.

Packers D/ST at Saints (4:25 p.m. ET, FOX): The Saints' offense could take a major step backward after the retirement of Drew Brees and the loss of Michael Thomas to start the season. Jameis Winston looked good in the preseason, but he threw 30 picks in his last full season as a starter, and the Saints also lack experienced receivers.

Browns D/ST at Chiefs (4:25 p.m. ET, CBS): The Browns defense added some real talent in the offseason and should be an asset to fantasy fans this season. But in Week 1, this unit needs to be on the sidelines based on a matchup against Patrick Mahomes and the Chiefs. Defenses averaged 3.1 fantasy points a game against them in 2020.

Saints D/ST vs. Packers (4:25 p.m. ET, FOX): The Packers' offense was one of the most lethal in the league a season ago, at that shouldn't change with Aaron Rodgers back under center. This is a home game for the Saints, but it's in Jacksonville due to Hurricane Ida. That's a disadvantage for this unit, as is the matchup, so sit the Saints.