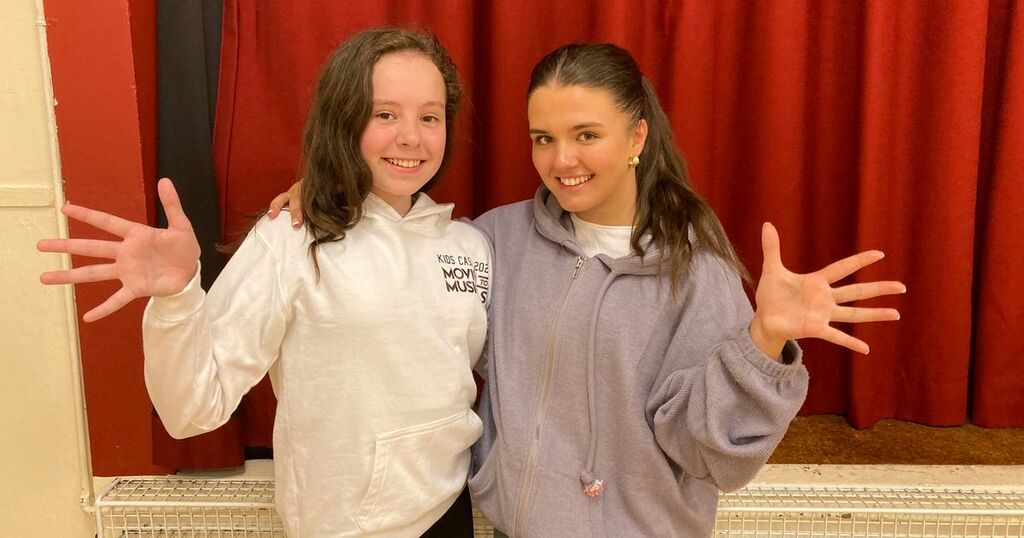 An East Kilbride schoolgirl will finally get to tread the boards in a musical extravaganza hit by the COVID pandemic.

Katie Francis will be performing on home soil when Movies to Musicals tours Lanarkshire venues this month, including the town's Village Theatre and Lanark Memorial Hall.

The first year Calderglen High pupil performed in the Movies to Musicals extravaganza at the Royal Concert Hall in Glasgow last year – with the show able to go ahead just before lockdown.

And she successfully auditioned again this year and is part of the kids’ cast for 2021.

But the main show with Britain’s Got Talent winners Collabro in February had to be postponed and has been put off till next March and will be held in Dunfermline's Alhambra Theatre, with the arts one of the hardest hit in the pandemic.

However, Katie and her family are delighted that the tour is going ahead and that she will be performing in Lanarkshire with the line-up including Collabro's Matt Pagan and West End leading lady Ashleigh Gray.

Mum, Fiona, told Lanarkshire Live : "Katie can't wait to get back on stage and we are all just delighted that the tour is going ahead.

"It's been tough for her and the rest of the children not being able to do what they love. It's been an awful time for performers everywhere.

"And with one of the shows being in EK, and sold out, I'm sure she will have plenty of support."

And Katie went on: "We all went for a weekend of rehearsals before the schools went back and it was great to see everyone again. It was the last thing we did before lockdown and the first big thing we will do again.

"I am really looking forward to it. I loved being on stage with 'Movies to Musicals' and I missed not being able to perform."

Katie, who lives in Blantyre with her family and also attends the Valerie Brown School of Dance and Drama in Hamilton, recently lent her talents to a charity single.

She took part in the recording of 'You Can’t Stop the Music' to raise funds for the Glasgow Philharmonia – who give young, up and coming stars like her opportunities to shine they may otherwise not get.

She was one of 38 young people from across Scotland who took part.

The rising star was also a body double in the 2018 Netflix smash 'Outlaw King' which was filmed across Scotland and told the story of Robert the Bruce.

But Katie isn't the only East Kilbride success story in the 'Movie to Musicals' show.

Rebecca Curbelo Valdivia, from St Leonards, is the new choreographer and has performed many a time on the Village Theatre stage as a child with her mum's dance school.

"I have performed on that stage so many times growing up with mum's dance school and the fact this is my first professional job choreographing a full show and it's going to be in my home town is amazing and quite emotional," the 21-year-old told us.

"I graduated from Italia Conti in London in 2020 and while I aspire to a career in performing, choreography and teaching is also one of my passions and I have taught at various dance and performing arts schools.

"Rehearsals have been going really well and along with the adult cast, we're like one big family. It's been a bit of a whirlwind to be honest, the position came up for Movies to Musicals and I just went for it."

Rebecca praised the talents of all the youngsters involved but she already knew Katie having taught her at the Stellar Performing Arts School in Glasgow.

The 'Movie to Musicals' show will come to Lanark Memorial Hall on Thursday, September 16, at 7.30pm and the East Kilbride Village Theatre on Friday, September 17.

The EK show is sold-out but tickets for the Lanark show are available at the SLLC box office.