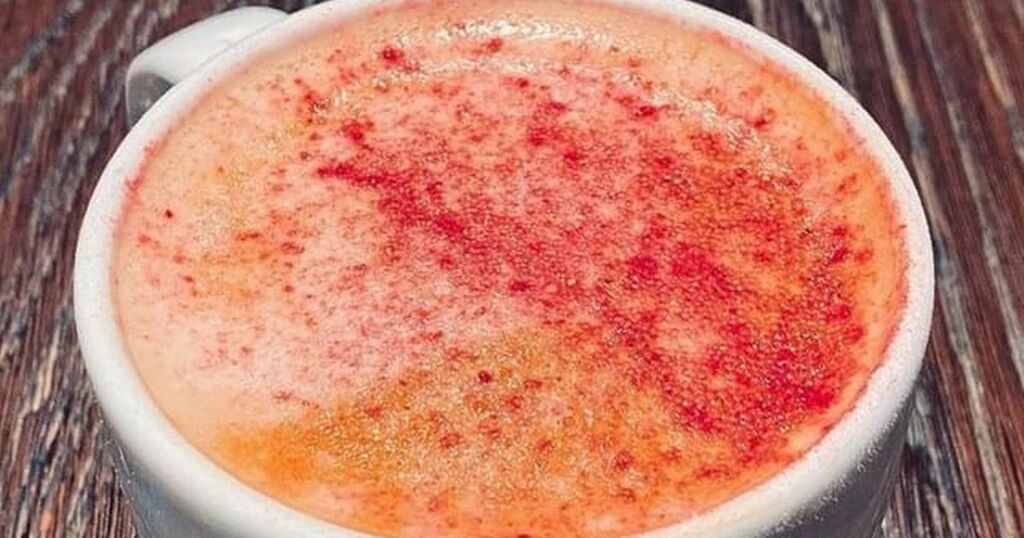 One of Starbucks new oat latte's seems to be dividing shoppers, with some comparing its taste to 'medicine.'

The coffee giant recently announced changes to its coffee menu as they launched the brand new Oat Latte Platform and scrapped the 40p extra surcharge on dairy alternatives.

Starbucks introduced the unique new platform to "enhance the distinctive flavour of the dairy alternative", but it looks like one flavour has not been easy to swallow.

The coffee chain took to their official Twitter account recently to share a snap of the new Strawberry and Vanilla Oat latte and its distinct taste has divided shoppers.

The post was captioned: "Did someone say Strawberry & Vanilla Oat Latte" and it has racked up quite a few comments from shoppers since it was posted yesterday.

While another user slammed: "The strawberry was so chemical tasting I was so disappointed."

A third unimpressed shopper wrote: "Not gonna lie, I wasn’t a fan of this…it tasted a bit like strawberry medicine."

A fourth shopper commented that they were "super disappointed" after they tasted one for themselves.

One shopper even branded the drink as "vile" after they tasted it for themselves.

However, the feedback was not all negative, as the unique new drink seems to have attracted quite a few fans since it was launched.

An impressed shopper commented that the drink was "Absolutely spot on."

As another shopper wrote: "This is actually so good!"

With a third following with the comment: "Looks yummy!"

While a fourth commented: "I need to try this looks so good."

Starbucks Strawberry and Vanilla Oat Latte is priced at £3.35 and is part of the new Oat Latte Platform that shoppers can try out in stores now.