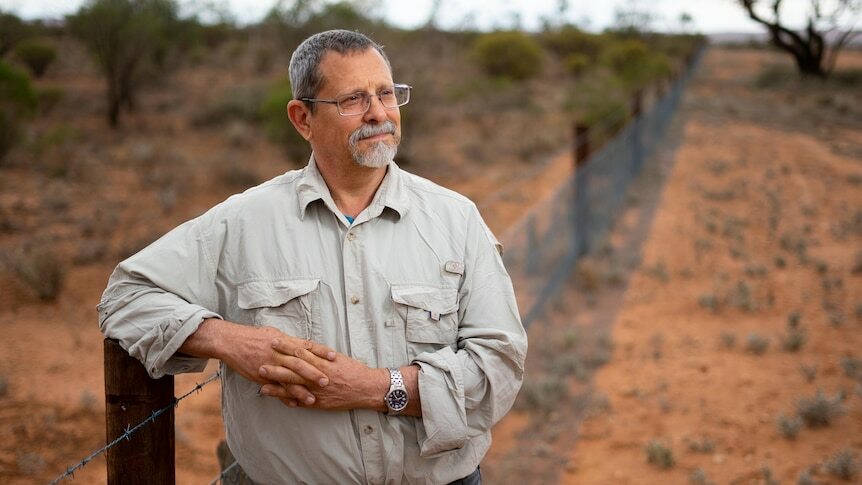 A major shakeup of the governance of South Australia's outback appears to have stalled, leaving graziers, tourism operators and conservationists in limbo.

The state government had been pushing big changes to the law for pastoral leases in the arid rangelands, saying it would make it easier for graziers to do more on their stations.

But the government has been accused of trying to privatise the outback by stealth by more than doubling the length of leases, removing stocking limits and in-person inspections and making it harder for the land to be set aside for conservation.

The government released a draft Pastoral Lands Bill about a year ago, updating the 1989 legislation that regulates the more than 40 per cent of the state leased to graziers for sheep and cattle farming.

The laws cover 323 leases making up 219 stations over an area of 40 million hectares, roughly two-thirds of South Australia's outback.

A century of research

At the TGB Osborn Reserve, about 400 kilometres north-east of Adelaide, scientists have been worried about the potential impact on the marginal rangeland country.

The reserve, four square kms of land on Koonamore Station, was fenced off in 1925 to keep out sheep and rabbits.

University of Adelaide researchers have been studying this former grazing land for nearly 100 years to see if it can recover from the harsh impacts of over-stocking.

Rangelands ecologist Dr Jose Facelli said there were noticeable differences on each side of the fence.

"You can see the difference in plant cover and also the lichen on the ground," he said.

"Here you have a stable substrate where plants can establish, on the other (outside the fence) you have a situation where water is going to run off, wind is going to remove fertile soil and the system is not going to be able to recover, even if there is a release from grazing or substantial rainfall."

The reserve has been divided into quadrats where each plant gets mapped and measured biennially.

The reserve has provided an important insight into how grazing affects the arid lands and how long they take to recover.

"The main lesson I think is that we have to be very conservative in the use of the rangelands," Dr Facelli said.

Many iconic and endangered species call South Australia's arid rangelands home, but since the 1850s the land has been primarily leased to farmers for sheep and cattle grazing.

Current Act is out of date, says state government

The state government wants to make three key changes to the current Act:

Primary Industries minister David Basham declined an interview, but told the ABC in a statement that the government wanted to give graziers more options in how their leases were used.

"We continue to consult on our draft Bill but feedback from stakeholders has shown clear support for greater flexibility to allow appropriate, complementary, alternative land-uses which will allow our pastoralists to diversify, better manage income and seasonal variability," he said.

"The current Act hasn't been reviewed in decades and the Marshall Liberal Government wants to modernise the legislation to support the continued economic growth of our pastoral industry, while ensuring sustainable conservation of the rangelands for future generations."

In the draft Bill, conservation has been removed as a primary purpose of the law.

New guidelines also make it harder to change land from grazing to conservation reserve, a move that has angered some green groups.

Mr Basham said a separate act deals with other uses of Crown land.

"If people want to change a pastoral lease to a purpose that will permanently exclude pastoralism, there exists a process working with government to convert the land to being administered under the Crown Lands Management Act 2009," he said.

The new law would scrap the requirement for a conservation council representative, an ecologist, a soil expert and at least one woman to be on the pastoral board, giving pastoralists an automatic majority over management decisions.

"It's regressive even relative to the existing 1989 Act," he said.

"This flips back nearly 100 years in terms of thinking about what to do with this country.

"It leads to extinctions, it leads to a degradation of all sorts of other values that are now recognised and can be monetised by other parties, like tourism."

Other groups have accused the government of trying to privatise public land by stealth.

"If we deregulate this entire area and essentially turn it into one large cow paddock, there are going to be entire ecosystems and land systems that are not represented in the reserve system," he said.

The ABC was told some station inspections were years behind schedule, creating financial insecurity for businesses, and that satellite monitoring could be done more often and more easily.

"And it's going to look at alternative uses, like where conservation fits in, where carbon farming fits in, where tourism fits in in the rangelands," he said.

"So we think a lot of these elements have been covered in the new Act."

"The best conservationists we've got are out here now," he said.

"You can go and have a look at all the pastoral unit's assessments in the last 30 years, they've all improved, they've gotten better."

The government said the changes would make it easier for pastoralists to set land aside for carbon storage.

Mr Basham said the financial incentives of entering a 25-year carbon farming agreement were "much less" than for a 100-year one.

"If you want farmers to embrace net zero emissions and take up carbon farming and store carbon for 100 years then they need to be paid an attractive incentive to do so," he said.

"Unfortunately, at 25 years, our pastoralists have just not been taking up carbon farming opportunities and in this regard we are falling well behind other states such as Queensland."

But Patrick O'Connor said that did not make sense.

"If you enter a 100 year agreement with the Commonwealth Government on carbon, you still only get paid for 25 years.

"You've got a 42-year lease and that is more than ample time to agree to a 25-year carbon contract."

The government may change some parts of the Bill before introducing it to Parliament, but said longer leases would remain a key part.

With the Bill unlikely to go before state Parliament before the March election, green groups have urged the government to scrap the draft and start again.

"I think it is time for everyone to take a step backwards and really hold a broader and more open discussion about land use in the outback," Dr Tiver said.

"The assumption that it's just pastoral land doesn't hold up."