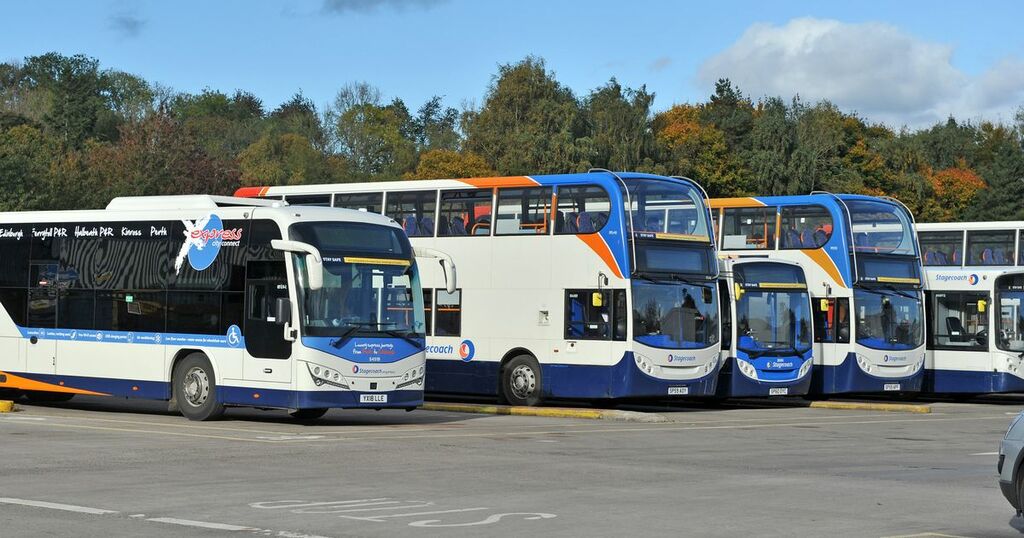 Strike action by Stagecoach staff in Perth looks set to go ahead after workers rejected the latest pay offer from the nationwide bus operator.

It comes as ScotRail staff have, in turn, seen their first strike date cancelled “in the spirit of goodwill”.

Stagecoach East Scotland upped its pay offer on Wednesday which would have seen a rise of 2.4 per cent backdated to May.

However, Unite the Union revealed staff rejected that offer, and on the same day, voted in favour of strike action.

A total of 550 members employed by Stagecoach East, which includes Perth and Kinross, backed plans to walk out unless the company meets workers’ “reasonable and fair pay aspirations”.

Local workers - including drivers, engineering staff, administrative workers and cleaners - backed strike action by 91 per cent in a ballot turnout of 78 per cent.

Unite is demanding a 3.8 per cent rise in line with July’s Retail Price Index inflation figure plus one per cent.

No dates have been confirmed but industrial action is expected to involve disruption to the COP26 climate change conference, being held in Glasgow between October 31 and November 12.

“Unite’s members democratically make up their own minds whether any offer from the company is good enough, and they have clearly told Stagecoach to go back and think again.

“We hope the public understand, despite confusing statements from the company, that Stagecoach East has been well behind the curve here, and they have some distance to go in order to meet the fair pay demands of our members.”

A Stagecoach East Scotland spokesperson responded: “We are disappointed at the result of the most recent vote on our proposals.

“Our priority is to agree an offer that is fair to our people, and which also ensures the long-term sustainability of the bus network for local communities.

“We are committed to seeking an agreement and remain open to continuing discussions with the union.”

Meanwhile, in a boost for commuters, ScotRail staff in Perth will now not be taking part in 24-hour “stoppages” on October 18-19 after they were scrapped.

The decision was made “in the spirit of goodwill” thanks to a number of talks held last week.

Unite members are still planning to take part in 24-hour strikes on November 1-2, November 10-11, and November 12-13, as part of a demand for a fairer pay settlement from the rail operator.

Abellio ScotRail has tabled a new verbal offer which Unite is currently waiting to receive formally. A decision will be made on the latter strike dates after it is reviewed.

The union has made demands including the reinstatement of the Rest Day Working Agreement for around 250 engineers.

Unite’s engineering members at Abellio ScotRail voted by 78 per cent in support of strike action in a 68.4 per cent ballot turnout.

“Talks were the most progressive in any of the last 18 months.

“In the spirit of goodwill, Unite has agreed to suspend our actions short of strike, and strike action on October 18 and 19.

“All other strike dates afterwards are of course contingent on the ballot result over pay.”