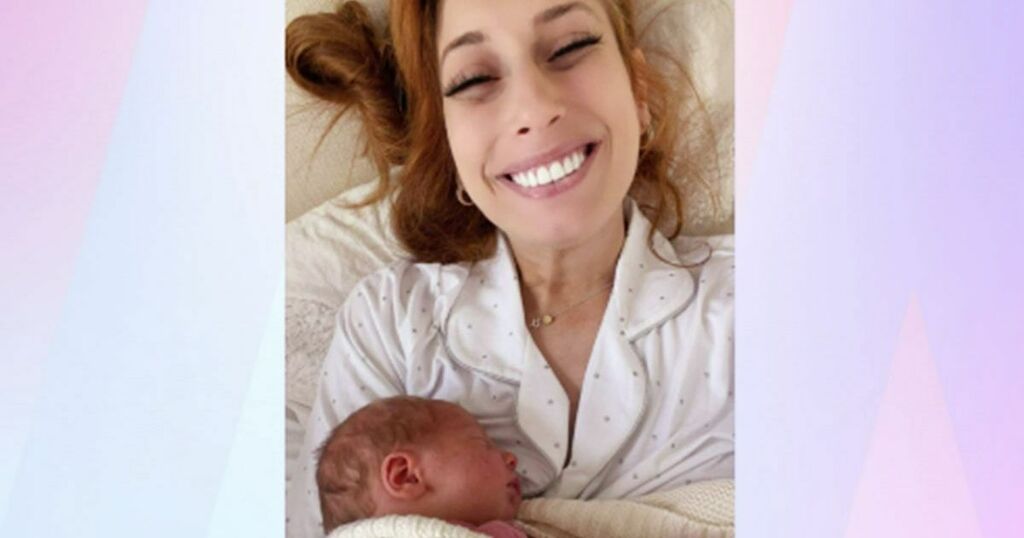 Loose Women were quick to congratulate Stacey Solomon on the birth of her daughter during Wednesday's show.

Panelist Stacey welcomed her newborn on Monday and announced the happy news via Instagram on Tuesday.

At the beginning of Wednesday's episode, Christine Lampard referenced the birth as a photo of Stacey and her little girl flashed up on the screen.

Christine confirmed that Stacey was watching the show from the comfort of her own home as she sent her loads of love.

And when the panel returned from the first ad break, Christine announced that Stacey had treated them to an exclusive pic.

"Earlier we were talking about Stacey, she's just sent us a message folks and a gorgeous little picture of the currently unnamed baby girl," Christine said.

"Stacey says, 'girls we love you, missing you all so much but loving these cuddles so much too. She's already a strong minded, wilful woman, just like her Loose aunties. She can't wait to cuddle you all'.

"So yeah, a very happy household there," Christine, 42, added.

The adorable snap showed Stacey in her pyjamas and grinning from ear-to-ear as her tiny daughter slept on her chest.

Carol McGiffin joked earlier on that 32-year-old Stacey "seemed to have been pregnant forever".

"Every time I've seen her she's been pregnant," Carol joked, before adding: "Oh look at Stace there, she doesn't look very happy does she!"

The panel also tried to guess what they think Stacey and her fiancé Joe Swash have named their newborn.

"I think Daisy," Carol said, but Frankie Bridge was quick to accuse Carol of copying her as she had suggested Dolly before Wednesday's show had begun.

Brenda Edwards also threw the name Amy into the mix as the women predicted they'll find out soon enough.